Migrating and Backing up Databases with Alibaba Cloud ApsaraDB for MongoDB

What Is ApsaraDB for MongoDB?

Alibaba Cloud’s ApsaraDB for MongoDB is a secure, reliable, and elastic cloud database service. It currently supports the ReplicaSet and Sharding architectures and can be quickly deployed in just a few steps.ApsaraDB for MongoDB’s high-availability service includes automatic monitoring, backup, and disaster tolerance capabilities. This saves you from time-consuming database management and system administration tasks leaving you free to focus on your applications and core business.The ApsaraDB stack is part of Alibaba Cloud’s wider suite of database services. Alibaba Cloud’s ApsaraDB also includes support for RDS, Memcache, and Redis.

Already Have a MongoDB Setup?

You may already have a MongoDB database setup locally. If so, and you wish to migrate to Alibaba Cloud’s ApsaraDB for MongoDB, first check that your MongoDB installation is working.Start MongoDB with mongod 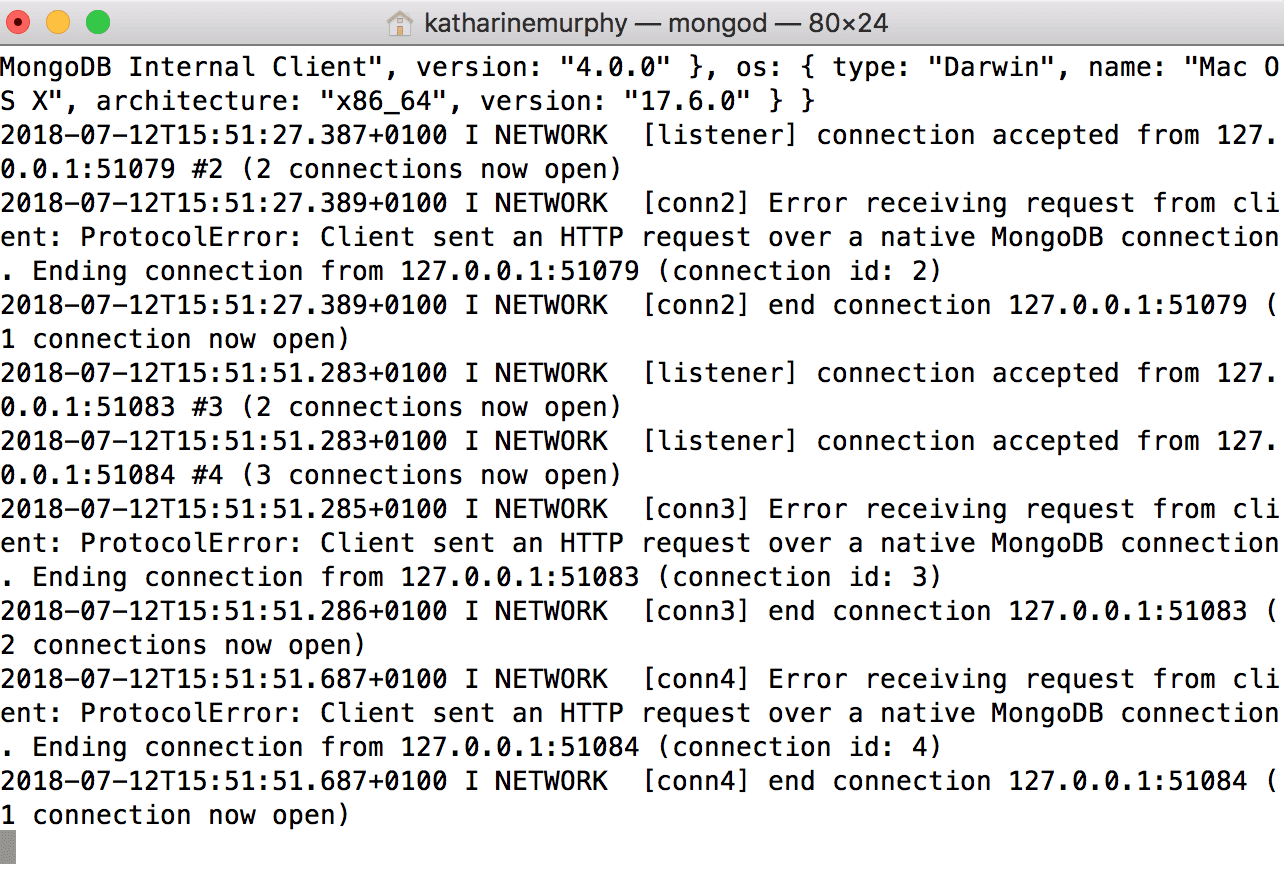 db.insert() a test username/password pair we can use for the tutorial. You can also connect to a MongoDB using client software such as with the mongo-java-driver Maven library for coding to the database with Java, for example.

ApsaraDB for MongoDB allows you to import database files. Dump your local database to a backup file with mongodump in a new terminal.

Setup Ubuntu OS and MongoDB on the ECS

Let’s install everything we need on the Ubuntu 16.04 ECS instance. Logon to the instance and do the requisite Ubuntu update steps:

Then install MongoDB on the ECS instance: 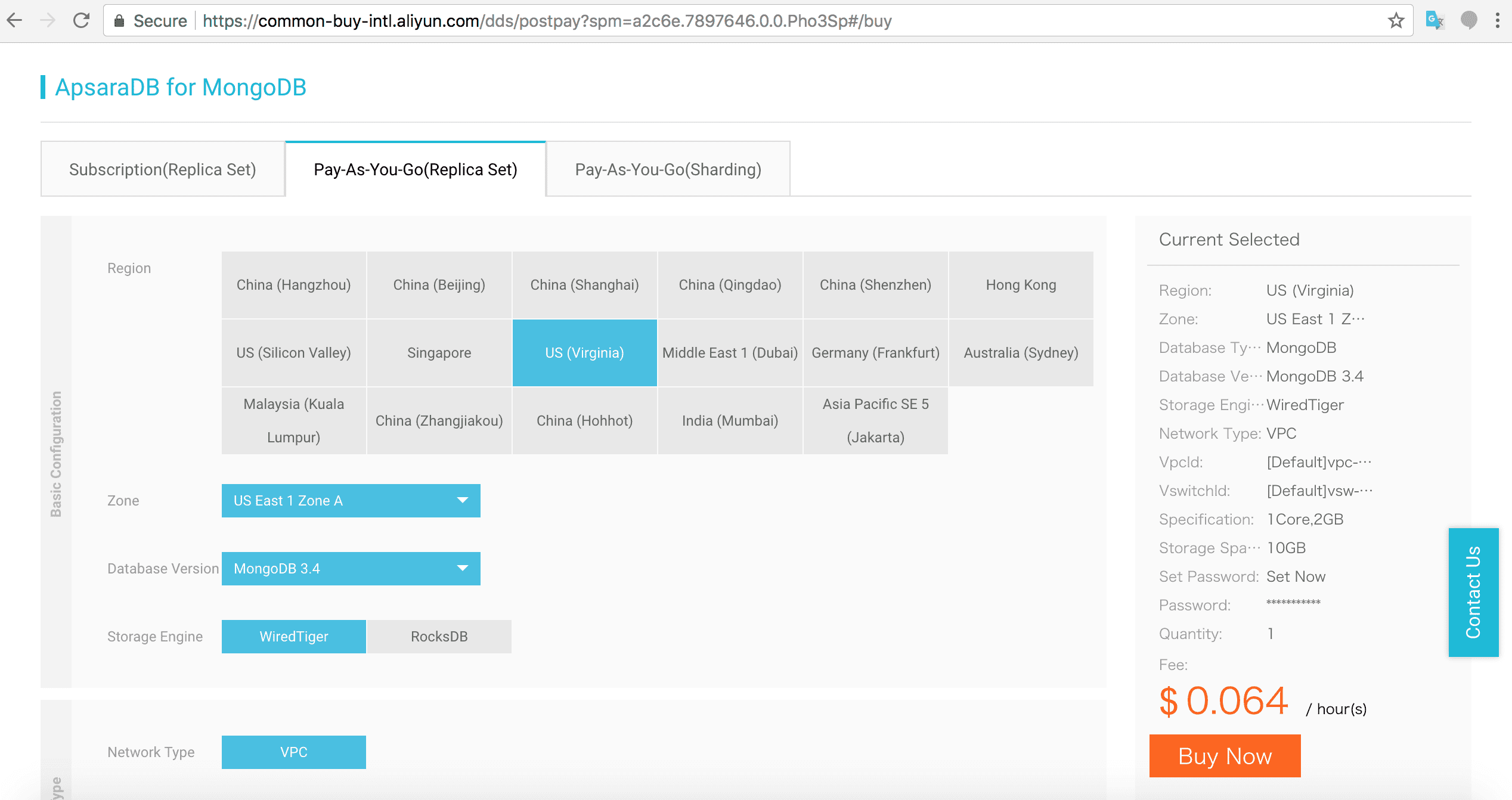 You will see the MongoDB instance being created.

Connect to ApsaraDB for MongoDB 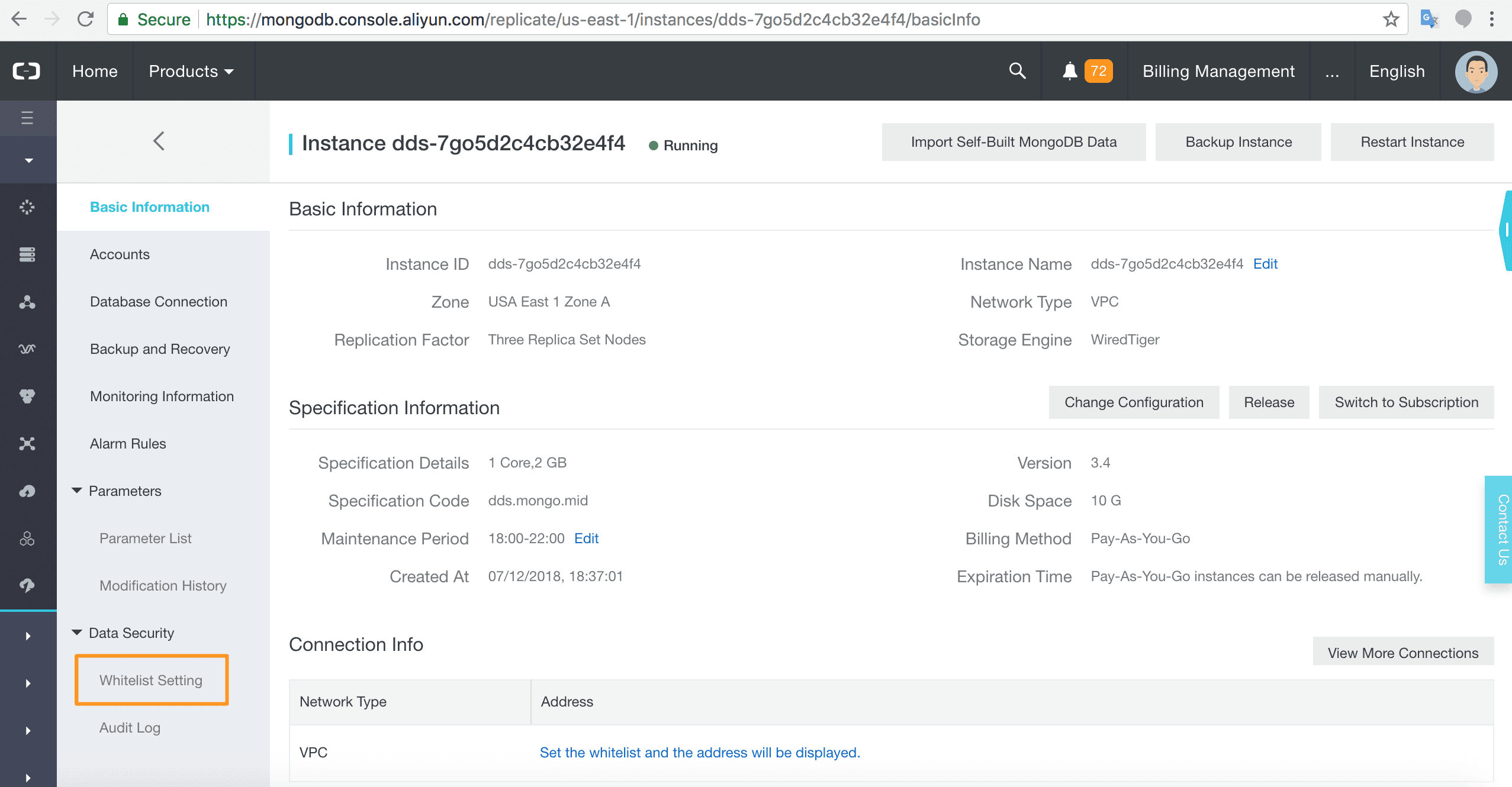 The default whitelist blocks all access with 127.0.0.1 so for the tutorial’s purposes we will manually modify the default to 0.0.0.0/0. Remember, in the real world you will want to whitelist just a section of a VPC CIDR block. When you’re ready click OK. After the whitelist has been set, the Connection Info appears on the ApsaraDB for MongoDB Specification Information tab. Make a note of it. Now, ssh into the ECS from a new terminal window.

Access the ApsaraDB for MongoDB instance with the following command using the primary address. 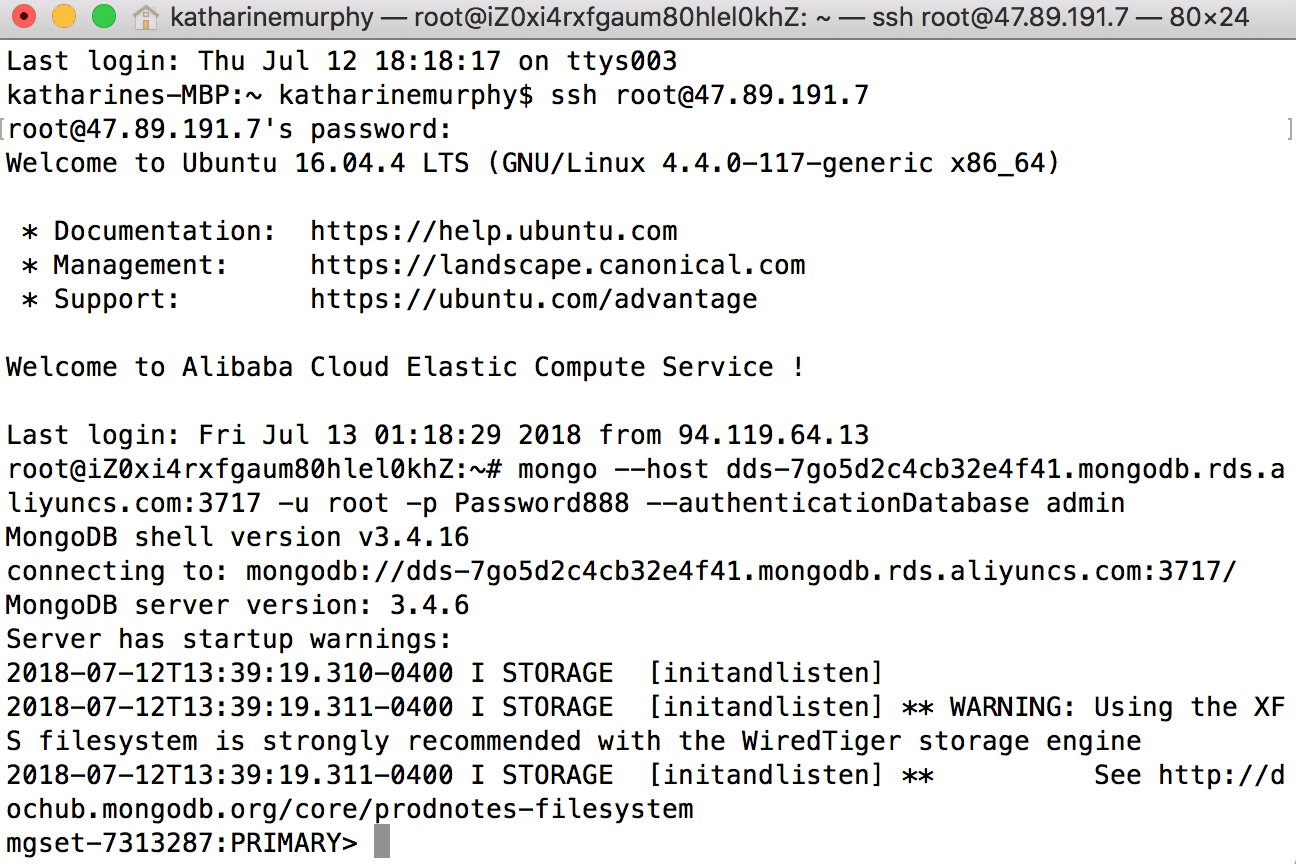 You can also connect to your Alibaba Cloud ApsaraDB for MongoDB instance with Java in Eclipse. Before you can access the MongoDB instance in the cloud you have to open some ports with network configuration changes on the ECS instance. First, install rinetd on the Ubuntu instance (the details given here will be different for other operating systems). Then, start the rinetd service:

Check whether rinetd is running and working properly.

Also, make sure to open the MongoDB port 3717 in the Security Group details of the ECS instance. Go to the ECS Management Console Security Groups and select your Security Group. Click Configure Rules, then Add Security Group Rules.Open port range 3717/3717 to the IP range you wish to have access to your MongoDB instance. We have used 0.0.0.0/0 for the tutorial’s purposes. 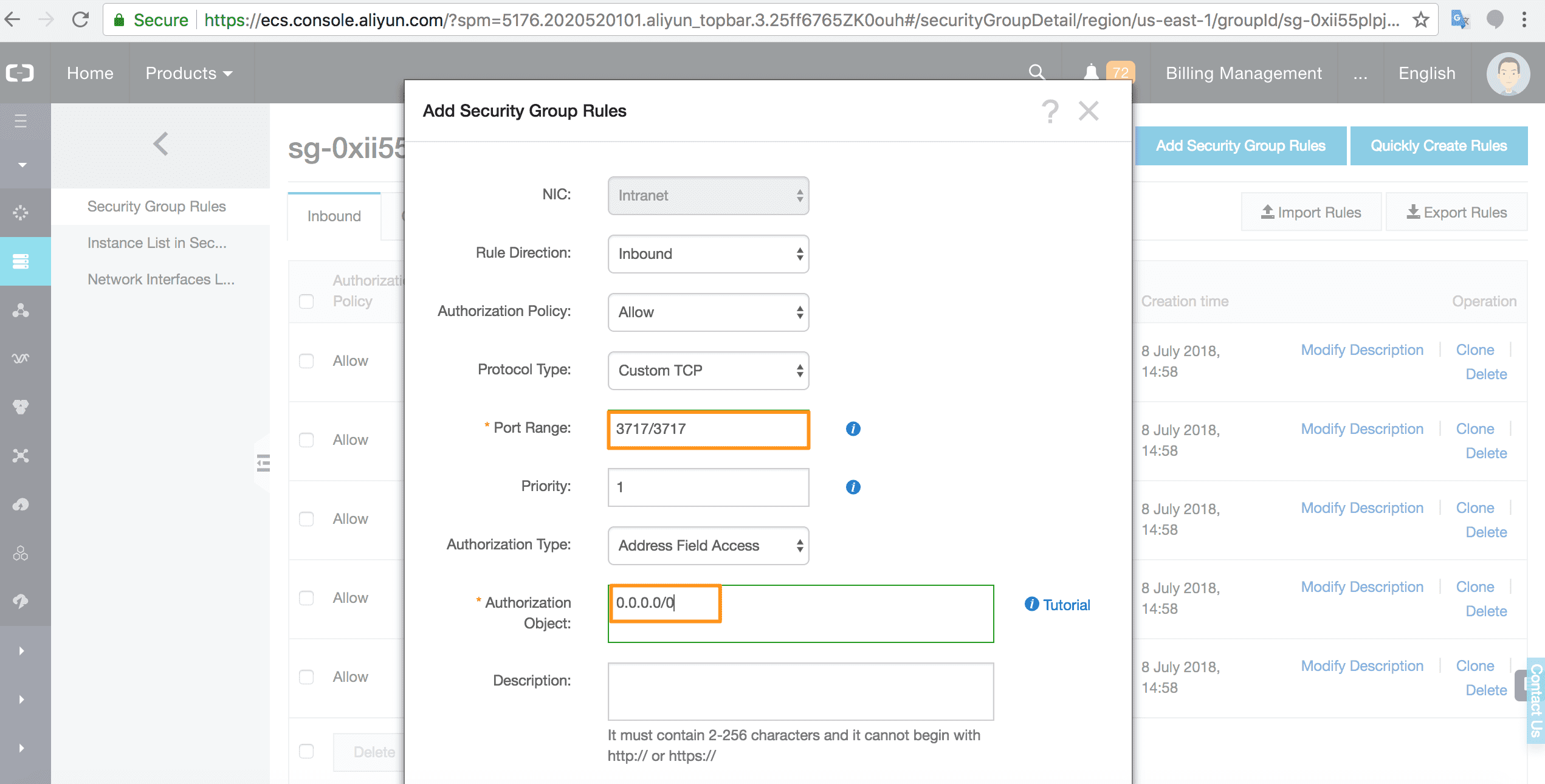 Click OK and restart the instance. Logon to the ECS instance and make sure rinetd is running. Now you can code directly to the MongoDB instance from your local development environment. For Java, create a new class and add the appropriate configuration details to match your cloud instance. 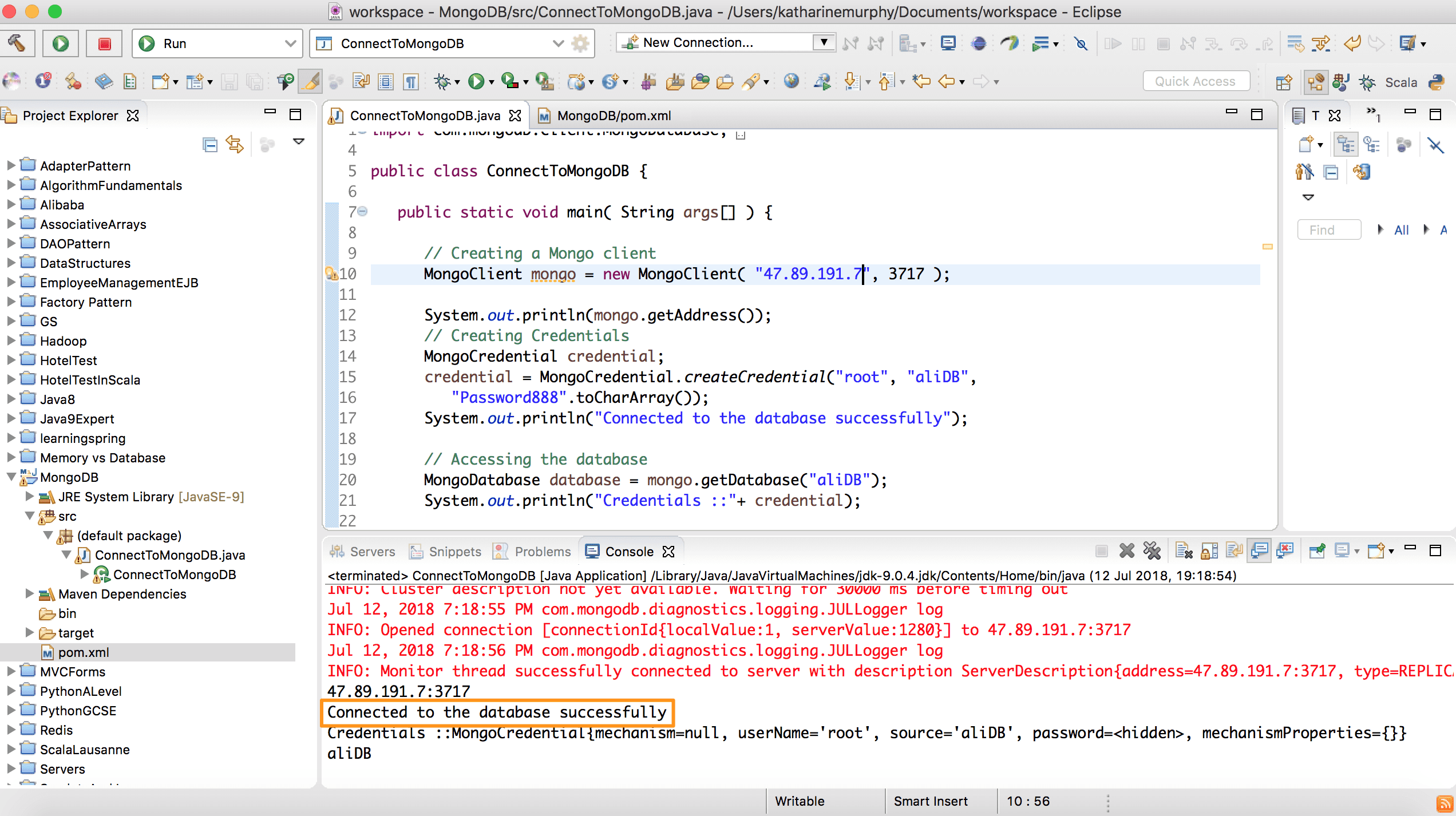 Copy over your dump file with scp to the ECS instance.

Check to make sure the files have arrived successfully.

Then, you can import the backup dump file with the mongorestore command either in command line or Java or another client. Let’s check to see if our local data is now available in the cloud.

As with all the other Alibaba Cloud ApsaraDB services, ApsaraDB for MongoDB has backup configuration settings.