25,601 0
In this article, we will introduce Alimama's new marketing and ad optimization platforms, TMOP and XDL, and discuss how AI helps improve the effectiveness of marketing. With new retail starting to boom over the past year, e-commerce marketing has come to a stage of consumer operation. In this context, Alimama launched TMOP, a new marketing optimization platform. This year, the TMOP added the technical content of brand advertising and disclosed developments of the proprietary XSHALE algorithm. Alimama continues to play a leading role in Ad Tech, as it has also launched XDL, a distributed deep learning framework developed to boost AI application in super-large-scale industrial data analysis.

With deep involvement in AI, Alimama is becoming a big technology brand and a significant icon for Ad Tech–powered marketing.

The transformation from traffic operation to consumer operation has obviously become a new trend advocated and led by the Taobao ecosystem. Alimama already had its presence in the marketing field a long time ago. TMOP is just a result of the company's explorations based on its search business.

For example, in the link of offer, TMOP has added a feature that links merchants' marketing needs with consumer operation. Suppose a merchant offers RMB 1 for the keyword "potato chips". TMOP will match the current online shoppers who have searched for the keyword with their probability of purchasing. If the probabilities are low, the system will reduce the offer to help the merchant spend its money on shoppers with a high probability of purchasing. The team led by Qiu also published a paper about this sequential decision–oriented real-time bidding strategy, which was included in KDD, a premier conference on data mining.

Consumer-centered operation means that every consumer is unique, breaking the model of single product operation. Therefore, TMOP features a distinctive search ranking algorithm, where different consumers see different titles, images, and other information for the same product. The system can dynamically match new titles for consumers in real time according to their characteristics. The dynamic title feature alone has contributed a 2% increase of click rate on average.

Qiu said his team has particularly strengthened the feature of automation in the TMOP design, which greatly simplifies customers' operations and makes advertising more accurate, intelligent, and inclusive.

Based on intelligent algorithms, Alimama integrates and extracts data from search results, recommendations, videos, finance, logistics, and Alibaba-related websites and apps, and gets a large, complex, and heterogeneous uni data picture. This valuable picture contains billions of nodes and tens of billions of edges, and depicts relationships among merchants, products/advertisements, and users from multiple perspectives.

Lin Wei (nickname: Yang Kun), Senior Algorithm Expert at Alimama, further explained how Alimama maps the entities in the uni data picture to high-dimensional space through the proprietary algorithm for deep learning on graphs to match the user intent with relevant advertisements. Alimama has also built an industrial graph training engine, which supports storage and training of billions of nodes and tens of billions of edges and realizes algorithms for multi-graph migration and graph convolution. The engine helps the algorithm for deep learning on graphs understand the user intent and products/advertising materials more comprehensively, accurately, and efficiently. 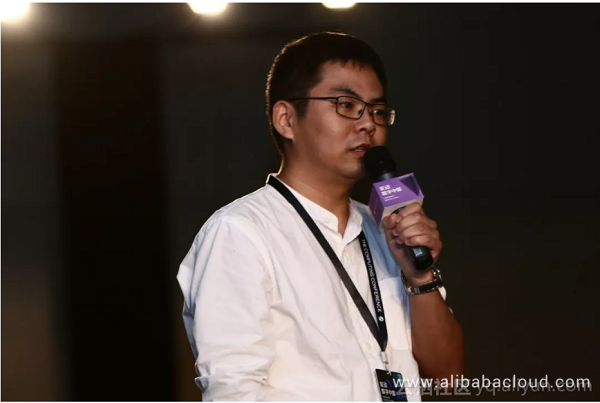 In the brand advertising business on platforms such as Taobao and Youku, there are numerous specific needs, such as priority of advertisers, mutual exclusion of resources, and complex frequency control requirements. We abstract them to operators as constraints for the optimization problem.

Through the distributed parameter server architecture, we optimized the large-scale bipartite graph allocation. Through a gradient descent and iterative solution, we achieved a balance between accuracy and speed. By arranging task priorities, we formed a directed acyclic graph for parallel processing of multiple tasks. In the process of advertising, we can make real-time adjustments according to the completion of guaranteed traffic.

Zhu's team has also used Alimama's XSHALE algorithm to achieve a minute-level optimal calculation on advertising probabilities for hundreds of advertising plans on the advertising supply nodes corresponding to over 100 million users.

Hailed as an algorithm genius, Gai Kun (nickname: Jing Shi), Senior Director of Alimama's accurate demonstration technology department, said that as the next-generation industrial distributed deep learning framework independently developed by Alimama, XDL is vital to not only the current marketing, but also Alimama's development in the coming years. Deep learning has boosted the development of Internet algorithms in recent years. The core driver for deep learning technology is a strong training framework. Whoever has a bigger architecture and stronger algorithm ability will get a head start in the future competition. The world's Internet behemoths such as Google and Facebook have raced to develop and open-source their deep learning frameworks. However, the existing open source frameworks are based on applications such as images and voices, which are inefficient for processing typical high-dimensional, sparse, and discrete data in fields of advertising, search, and recommendation.

Currently, XDL has been widely applied in a variety of Alimama's business scenarios, creating a cumulative revenue of over RMB 10 billion. Thanks to its new architecture, XDL offers highly efficient training for a series of original model algorithms, including an arbitrary deep learning and full-database retrieval model based on a tree structure, and a super-large-scale end-to-end heterogeneous network with a user behavior image and CTR model. It is encouraging that Alimama is expected to open-source XDL in the future to empower the entire industry.

As it digs deeper into fields from the top-layer intelligent marketing algorithm to the underlying deep learning platform, Alimama is making marketing easier through its AI-led Ad Tech, and it is getting closer to being the world's most efficient integrated digital marketing cloud platform.