Cloud Enterprise Network (CEN) allows you to build a global network that consists of interconnected hybrid clouds and distributed systems. After you create a CEN instance, you can attach network instances to the CEN instance. This way, the attached network instances can communicate with each other. 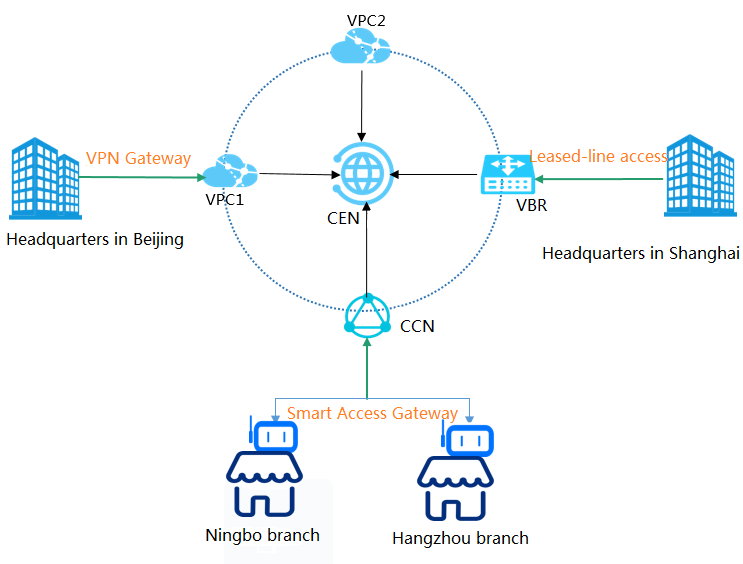 The following flowchart shows the procedure to connect network instances. Configuration steps vary based on the accounts and regions to which network instances belong. The network instances that you can attach to a CEN instance are virtual private clouds (VPCs), virtual border routers (VBRs) that are associated with data centers, and Cloud Connect Network (CCN) instances that are connected to branches or the headquarter of a company. This topic provides a complete tutorial on how to build a global network through CEN. We recommend that you refer to the configurations selectively based on your business requirements and network resources.

In this topic, the Elastic Compute Service (ECS) instances in the following table are used as an example to describe how to connect private networks through CEN. The two ECS instances are created by different accounts and are deployed in different regions.
Previous: Pay by 95th percentile bandwidth Next: Step 1: Network planning