Based on the protection capabilities of Alibaba Cloud, the attack analysis feature provides basic attack detection and prevention services. We recommend that you develop a more refined and in-depth defense system by optimizing firewalls and enhancing business security.

On the Attack Awareness page of the Security Center console, you can view the details of attacks on your assets.

Note After you purchase a cloud service instance, you must wait until the data of the instance is synchronized to Security Center to view the attacks on this instance.

Note The attack analysis data is collected from Security Center, the Alibaba Cloud platform, and Web Application Firewall (WAF). To collect data from WAF, you must activate WAF first. 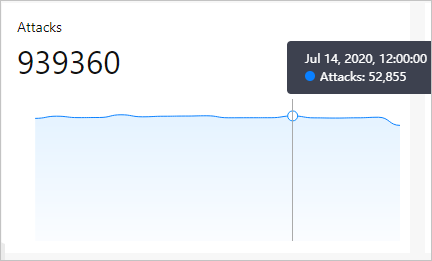 In Attack Type Distribution, you can view the number of attacks of each type. 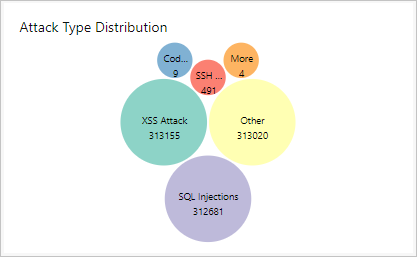 In Top 5 Attack Sources, you can view the five IP addresses that have launched the most attacks and the number of attacks launched by each of them. 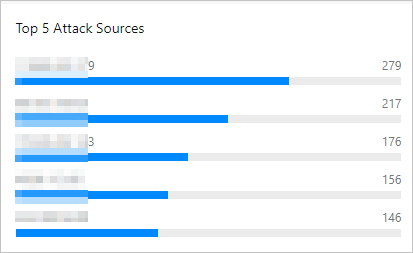 You can go to top 5 attacked assets area to view the public IP addresses of the five assets that have encountered the most attacks and the number of attacks on each of them. 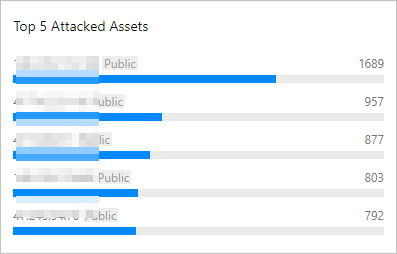 In the attack list, you can view the details of each attack, including the attack time, source IP address, attacked asset, attack type, HTTP request method, and attack status.

Note The attack list displays a maximum of 10,000 entries. You can specify another time range to view more data.