During the daily use of DataWorks, you may often encounter the following problem: I have a node that needs to be executed on the last day of each month. How should I set it up?

Answer: Before the branch node appears, the Cron expression can not express this scene, so it is temporarily unavailable to support.

Now, DataWorks officially supports branch nodes. With branch nodes, we can apply the switch-case programming model to perfectly meet the above requirements.

Branch nodes and other control nodes

On the Data Development page, you can see the various control nodes currently supported by DataWorks, including assignment nodes, branch nodes, merge nodes and so on. 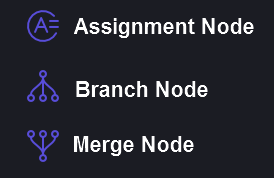 The functions of various types of control nodes:
From the figure below, you can see the logical relationship of the dependency tree in the presence of a branch node. 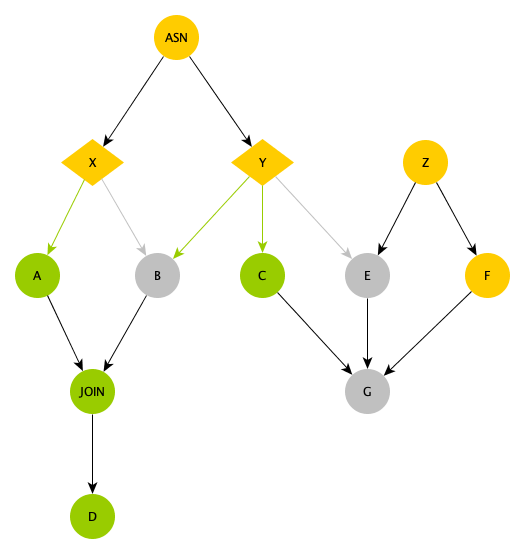 By using branch nodes to cooperate with other control nodes, we can satisfy the requirement scenario where a node only runs on the last day of each month.

Use a branch node

First you need to define a set of task dependencies: 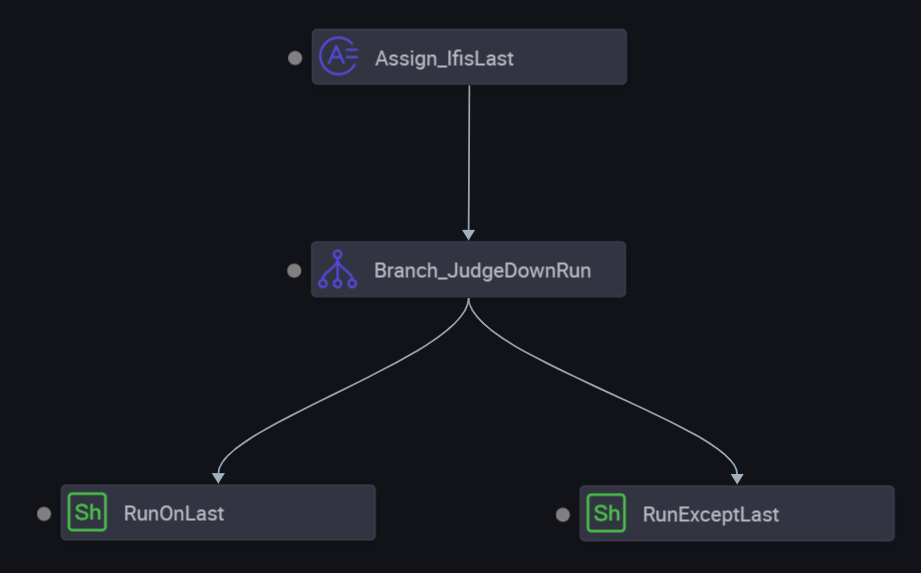 In this article, the Python type is used as the code for the assignment node, and the scheduling properties and code settings are as follows.

Branch nodes can define conditions with simple Python syntax expressions, each of which is bound to an output. This means that the downstream node under this output is executed when the condition is met, and the other nodes are set to run empty.

Finally, it is important to note when setting dependencies on the nodes that actually perform tasks: you can see that the branch node already has three outputs, according to the logic of setting dependencies in the past, any one of these three outputs can be regarded as input; however, since the output of the branch node is now associated with the condition, it should be carefully selected.

Once completing all of the above configuration, you can submit and publish the task. After publishing, you can perform Retroactive instances to test the effect: the business date 2018-12-30 and 2018-12-31 are selected , that is, the timing is 2018-12-31 and 2019-01-01 respectively, so that the first batch of patch data should trigger the logic of "last day", the second batch triggers the logic of "non-last day". We look at the difference between the two.

Based on the branch node, you have achieved the goal which execute on last day of each month. Of course, this is the easiest way to use a branch node. By using an assignment node with a branch node, you can combine a variety of conditions to meet your business needs.

Finally, the main points of using branch nodes are reviewed.
Previous: Reference a third-party package in a PyODPS node Next: Connect DataV to DataWorks DataService Studio