57,213 1
Alibaba Cloud attended Open Network Summit North America in Los Angeles in March. Over 40 topics are discussed during the event.

More than 100 tech leaders from top tech firms like Google, Microsoft, AWS, AT&T and DellEMC made a speech at ONS 2018. This year’s event saw an increasing number of Chinese tech companies including China Telecom, Alibaba Cloud and Yunshan Networks getting involved, as compared to the last year. 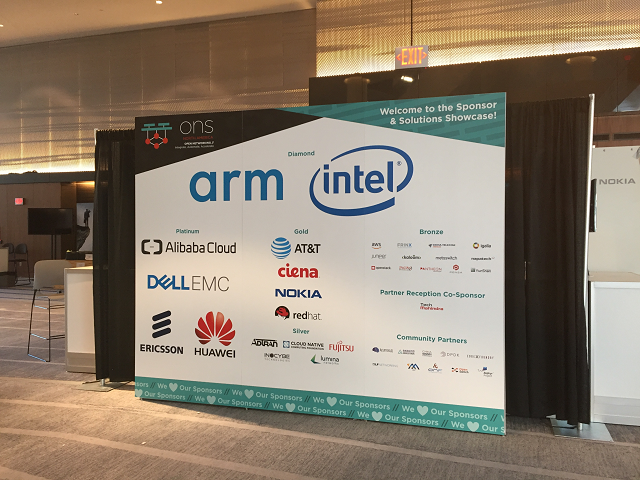 Over 40 technology topics are discussed during the event. These topics range from IoT, 5G, cloud network convergence to network intelligence and SDN. All topics that reveal the future technological trends of the networking industry. These topics are categorized into the following tracks.

This track discusses the key issues facing IT decision makers. These issues include network platform availability, security and scalability. Business cases and ROI regarding next generation network automation and transformation are also included.


The topics in this track address the concerns of developers and IT administrators. Topics discussed here are container networks, cloud native applications, micro-services and Intent-based Network.

At ONS 2018, Alibaba Cloud presented several talks to share its technologies and capabilities in cloud networks and SDN.

Yiqun Cai, VP of Alibaba Group, made the keynote speech The Challenge and Opportunity to Build a Transparent Network. He explained Alibaba’s global network resources and capabilities, as well as the value of programmable switches in building a transparent network. In his presentation SDN Practice for Cloud Overlay Network: from Infrastructure to Products, Gang Cheng, Director of Advanced Networking Technology Development at Alibaba Cloud, shared the company’s SDN architecture to the international peers for the first time. The presentation was focused on introducing the practice of landing SDN technology into real world networking products. His presentation triggered heated discussion and questions from the audience. 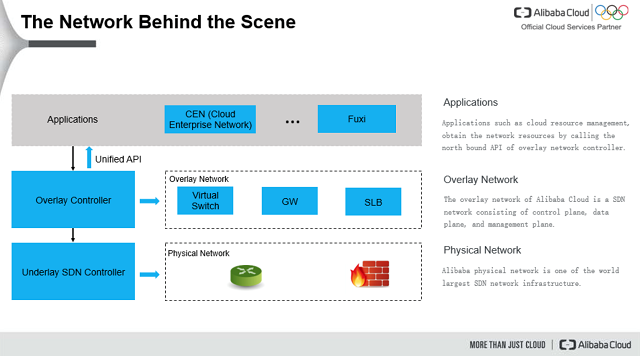 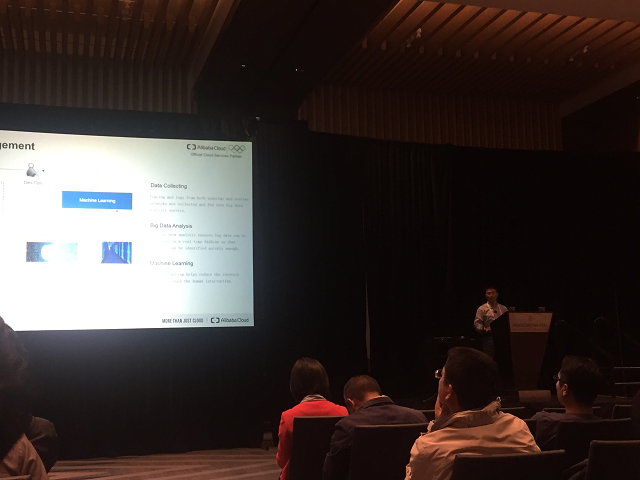 Cloud Enterprise Network, a new cloud-based product of Alibaba Cloud, is another highlight of the event. The product started its global limited preview during ONS. With CEN, organizations can build a global network with high security, availability and speed within minutes. In contrast, the current leased line solution takes up to several months and a dedicated network expert team to create a cross regional corporate network. CEN greatly reduced the complexity and the period of global network deployment. Linux.com and ONS reported the CEN preview, creating much excitement and interest of attendees and analysts. Hundreds of visitors stopped by the Alibaba Cloud booth to learn more about the No.1 cloud service provider in Asia. Through the interactive demo displayed on the TV screen, the visitors got a full picture of Apsara Networking products and got a better understanding of the four major scenarios – Connect Global Networks, Build Hybrid Cloud, Manage Internet Traffic and Define Cloud Network. Although having heard about the brand of Alibaba Cloud previously, many attendees said it was the first time to experience the company’s advanced technology and capabilities in networking and SDN.

Interesting one. It is nice since we have too many products in the markets and standards are hay-wired. For me the line SD-WAN, vCPE seems to be blurring.