25,771 1
Everyone's keeping an eye on artificial intelligence. This technology has advanced at such a rapid rate that its impact on people's lives so far has been mind-blowing. 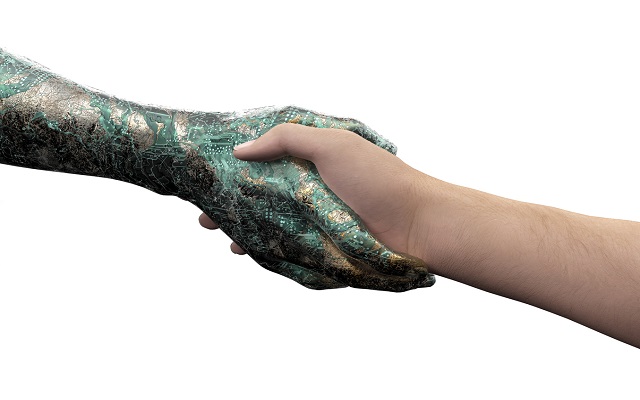 Everyone's keeping an eye on artificial intelligence. This technology has advanced at such a rapid rate that its impact on people's lives so far has been mind-blowing. However, as AI continues to progress, more than a few eyebrows have been raised when it comes to the ethics behind it.

The smarter products get, the more we become dependent on them. Amazon's Alexa app and Tesla's self-driving car were once considered impossible, but today they are very much a reality and an indication of where we are headed – towards a fully AI-enabled world. However, such advancements raise the question of whether or not artificial intelligence will create a surge in unemployment. Self-driving cars were invented to lower accident rates, but as a result, thousands of drivers risk losing their jobs.

According to the White House, if productivity improvement created by AI does not translate into salary increase, prosperity for workers and consumers will be impaired, benign industry competition will be reduced and the gap of wealth inequality will be broadened.

AI, on a positive note, releases human talent, cuts down on redundant labor and further decreases costs. On the other hand, with a smaller workforce, there is less revenue for fewer people. Eventually, those who own the technology stand to make all the money. AI's impact on the widening wealth gap is not negligible and considerable efforts must be made to structure a fair labor economy.

The European Parliament recently voted to draft regulations for the use of AI and a guidance of "electronic personhood" will be included to specify which rights AI and robots should be entitled to.

Scientists are currently working on integrating artificial intelligence with consciousness. Once machines are able to feel, act and perceive, how should they be treated? It's a question that makes people feel uneasy.

An interesting starting point for robot rights might be the Three Laws of Robotics, which were devised by a science fiction writer in the 1940s and suggest that robots have the right to protect their own existence and livelihood, as long as this doesn't bring harm to humans or result in humans being disobeyed.

One of the most commonly discussed ethical AI dilemmas involves autonomous cars and whose life they would save in an accident scenario. For instance, if a pedestrian were to step in front of a driverless car, what would the car do? Would it swerve to avoid killing the pedestrian, but risk killing the occupants of the car instead? Or would it hit the pedestrian and save the life of the occupants? There is no straightforward answer to this question. Surveys have shown that many people argue that such cars should save pedestrians over occupants. But when asked whether they would purchase a car programmed this way, most people say no. In other words, people think a driverless car sacrificing its occupants to save pedestrians is a good idea, as long as they don't own that car themselves! These sorts of contradictory moral attitudes highlight the difficulties of programming autonomous cars in a manner that society at large will accept.

In conclusion, while artificial intelligence is on an upward curve, there's no doubt that rolling out its solutions will raise even more questions about its future implications. The answer lies not in imagining a world where machines take over, but rather in working towards a future where man and machine can work side by side. In the end, the way AI is implemented will be up to us, which means it's up to us to ensure its implications result in a better world.

It is verily mind-blowing. Unemployment, Wealth gap are true. The other two can be more threatening..