23,612 0
Thanks to the rise of cloud computing and big data innovations, some of the Westworld scenarios are becoming more feasible and we are likely to see more and more of them in our everyday lives. 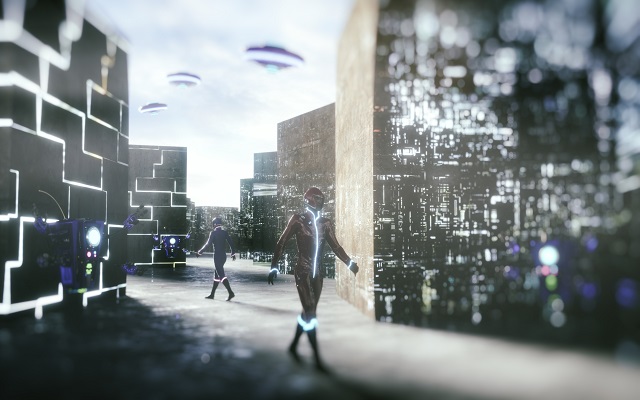 The recent HBO science fiction hit Westworld has sparked intense discussions among those in the technology space. The TV series depicts a futuristic theme-park where human guests are accompanied and "entertained" by artificially intelligent, human-looking robots. The series is based on the 1973 film of the same name that was released when these concepts and technologies seemed unrealistic and unreachable.

Over 40 years later, the boundary between science fiction and real science has become blurred. Thanks to the rise of cloud computing and big data innovations, some of the Westworld scenarios are becoming more feasible and we are likely to see more and more of them in our everyday lives. Here are a few examples of real-world technology that have been amplified in the Westworld storyline.

In Westworld, each of the robots' parts – from the iris and muscle fibre of the robots to the clothes they wear – is produced with a 3D printing micro-needle. This is not too far off from today's 3D printed organs that scientists are working on.

Big data analytics is critical for 3D printing to perform at its highest sophistication and precision. 3D objects require a huge amount of data to print and power the computer programs used for their design, engineering and manufacturing. Data analytics are also useful for error detection and the evaluation of each printing process, to achieve better quality products and control.

The Westworld robots are able to identify different things, people, and even emotions based on what they "see". This is based on the use of pattern recognition technology, which is powered by the visual data that the robots observe in order to recognize patterns and regularities.

We are already using pattern recognition technology on a basic scale without even knowing – just think about the suggestions of which friends to tag when you upload photos onto social media, or Google's reverse image search which finds similar images to the ones you upload. From here, it may only take a few more years for our robots to "learn" enough data to recognize everything on Earth.

One of the most enticing things about Westworld for its human guests is how the robot hosts can "read" what the guests want or desire by analyzing the background, facial and verbal expressions, and gestures of the guests. Such real-time customization requires the robots to make decisions automatically and accurately with the support of tremendous amounts of accurate data.

This is similar to what we have on e-commerce and search engines nowadays, where big data allows the systems to customize the results according to end-user's behavior and demographics. The result is that customers are better engaged and more eager to visit the place or website again.

While the technology presented in Westworld does not sound too distant from reality, the biggest obstacle to its development and application pertains to ethical issues—What is the boundary between human beings and humanly-conscious robots? Where do we draw the line regarding the proper treatment and utilization of those robots? And who has the final say in making such decisions, both legally and morally? To prevent the tragic ending of Westworld, these ethical questions will need to be answered and taken care of alongside the rise of data and AI technology.