A Brief Look at OpenTelemetry

1,548 0
This article is a brief introduction to OpenTelemetry. OpenTelemetry is an observability project of the Cloud Native Computing Foundation (CNCF). It aims to provide a standardized solution for the field of observability, solving the standardization of data models, collection, processing, and export of observational data. Moreover, it also provides services unrelated to third-party vendors.

OpenTelemetry's tracing specification reached version 1.0 on February 10, 2021. Based on this milestone, OpenTelemetry will be explored in this article, and its value and development prospects in the observability field will be judged as well.

The following sections will explain OpenTelemetry.

Taken from the What Is OpenTelemetry? page on the official website:

OpenTelemetry is a set of APIs, SDKs, tooling, and integrations that are designed for the creation and management of telemetry data, such as traces, metrics, and logs. New types of observational data may emerge in the future.

The project provides a vendor-agnostic implementation that can be configured to send telemetry data to the backend(s) of your choice. It supports a variety of popular open-source projects, including Jaeger and Prometheus.

OpenTelemetry is not an observability backend like Jaeger or Prometheus. Instead, it supports exporting data to a variety of open-source and commercial backends. It provides a pluggable architecture so additional technology protocols and formats can be easily added.

The following diagram can be used to understand the working scope of OpenTelemetry: What Is the Problem Domain That OpenTelemetry Faces?

Wikipedia defines observability as, "In control theory, observability is a measure of how well internal states of a system can be inferred from knowledge of its external outputs."

Consider a physical system modeled in state-space representation. A system is said to be observable if, for any possible evolution of state and control vectors, the current state can be estimated using only the information from outputs. Physically, this generally corresponds to information obtained by sensors. In other words, one can determine the behavior of the entire system from the system's outputs. On the other hand, if the system is not observable, there are state trajectories that are not distinguishable by only measuring the outputs.

In summary, observability is a method to derive the internal state of the system from its external output.

The following diagram simplifies the system composition and interaction between systems: As such, if one wants to know the status of the system through the external output of the system, two forms of information are needed:

The differences between logs and metrics can be understood through their operation methods.

What Are the Solutions of OpenTelemetry?

Meanwhile, it is described by protocol buffers for ease of use. For more information, please see OpenTelemetry-proto.

Based on the Specification, OpenTelemetry has made the following efforts to generate and process observational data:

The following diagram shows the components and workflows of OpenTelemetry:

What Is the History of OpenTelemetry?

The information below is from CNCF's article entitled, A brief history of OpenTelemetry (So Far). OpenTelemetry is composed of two open-source projects:

The two open-source projects were merged and officially announced as the open-source OpenTelemetry project in May 2019. What Is the Prospect of OpenTelemetry?

More vendors have paid attention and contributed to OpenTelemetry since its launch.

From OpenTelemetry-Collector-contributions, you can see vendors have focused on the exporter, simply importing the observational data into their own services, which already includes Alibaba Cloud's SLS products: 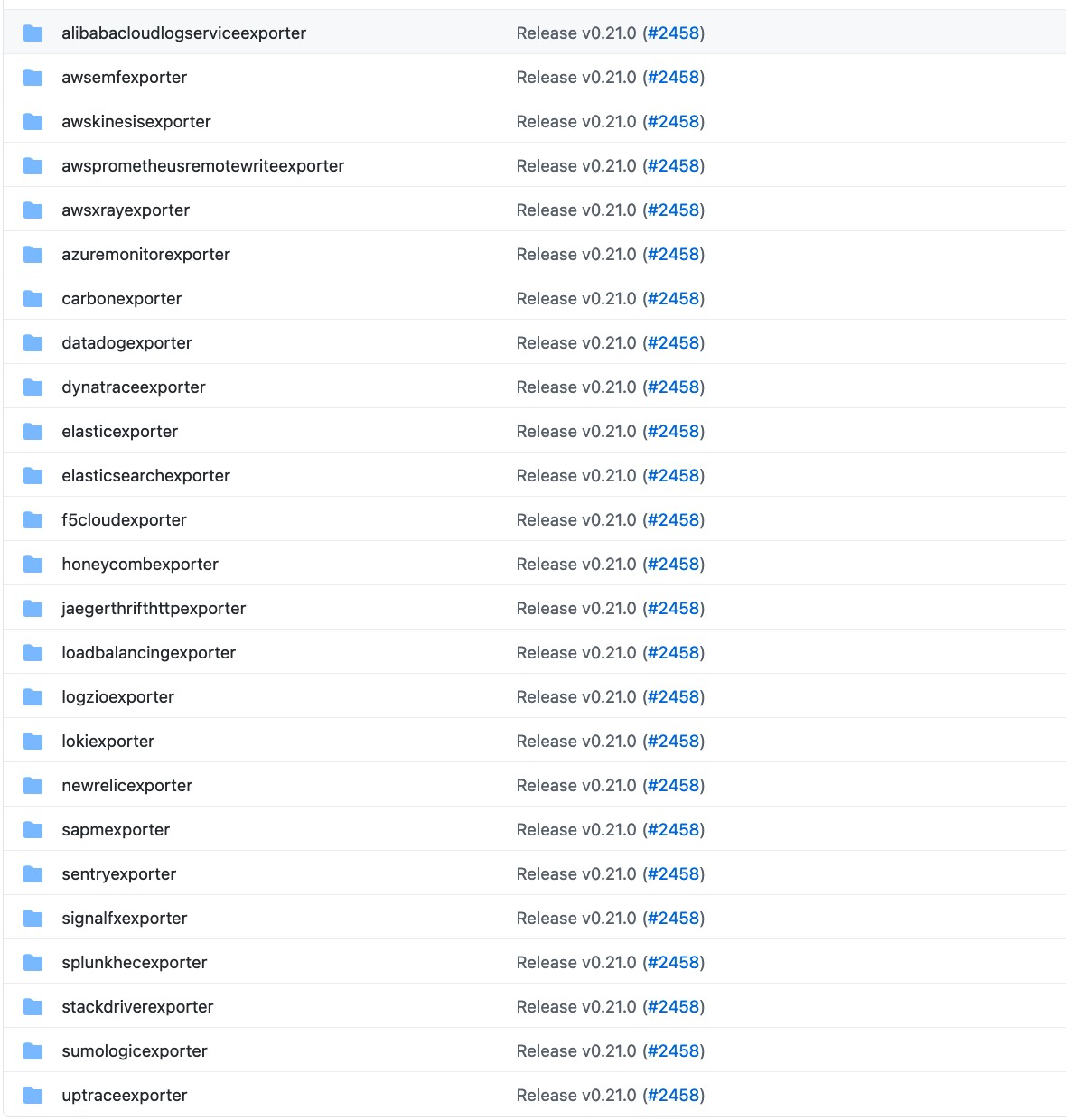 It is believed that vendors will gradually put more effort into the receiver and processor. For example:

For multi-cloud scenarios, the observational data model and the standards of collection, processing, and export defined by OpenTelemetry allow users to connect to multiple cloud vendors through a set of observability standards to avoid vendor lock.

Even if services are provided for a single cloud service, such as internal services of cloud vendors, issues, such as future open-source and external co-construction will be inevitably considered. Open-source costs can also be reduced with observability standards from the community. Furthermore, the concepts, standards, and technologies of observability are evolving constantly. The technology benefits and impact brought by the community can be used better by following up with the community.

Therefore, it is necessary to adopt the industry's observability standards for multi-cloud scenarios and a single cloud vendor.

How Can I Use OpenTelemetry?

OpenTelemetry has many concepts. Some common concepts are listed below:

Here is a Golang demo that has been written to demonstrate:

For the demo, please see this GitHub link

For specific usage methods, please see the README.md section of the demo. The following is a brief description of the idea:

The cmd/app/server.go file describes the logic of OpenTelemetry and includes two parts: The pkg/ directory encapsulates the controller and signal (trace and metrics), respectively. You will gain an intuitive experience of OpenTelemetry's concept, problem domain, solutions, and usage through the analysis above. Also, you can quick start OpenTelemetry through the Golang demo above.

For developers, OpenTelemetry can be used to generate and export traces, metrics, and logs. This reduces the cost of using different types of observational data during development and the cost of connecting to different backend services, such as the open-source project Prometheus or the services of third-party cloud vendors.

For SREs, OpenTelemetry can provide a set of standard data collection, processing, and export processes for observational data and standardize the data during the processing according to the team's requirements. By doing so, it is convenient for the subsequent use of standardized solutions, such as data monitoring and alarm.