Layer-4 CLB runs in a cluster of LVS machines, as shown in the following figure. This cluster deployment model strengthens the availability, stability, and scalability of the load balancing service in abnormal cases. 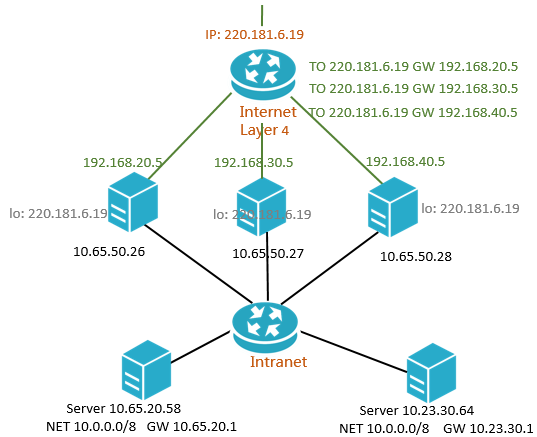 In an LVS cluster, each machine uses multicast packets to synchronize sessions with the other machines. As shown in the following figure, Session A established on LVS1 is synchronized to the other LVS machines after the client sends three data packets to the ECS instance. Solid lines indicate the current active connections, while dotted lines indicate that the session requests will be sent to other normally working machines if LVS1 fails or is being maintained. This way, you can perform hot upgrades, machine failure maintenance, and cluster maintenance without affecting the operation of business applications. 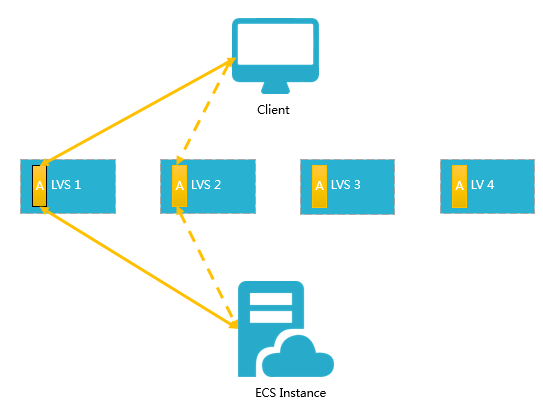 SLB distributes incoming traffic according to the forwarding rules configured in the console or by using APIs. The following figure shows the inbound network traffic flow.

SLB communicates with backend ECS instances through the internal network.

In general, the traffic goes out from where it comes in: