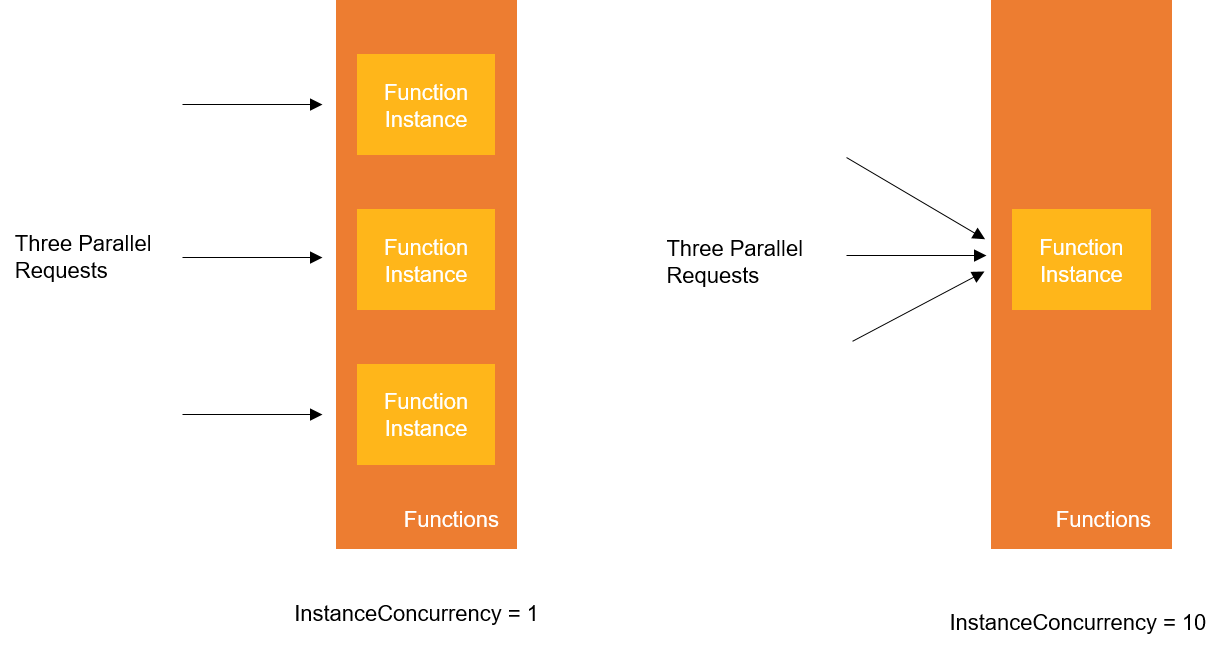 In the preceding figure, three requests need to be processed at the same time.
Note By default, InstanceConcurrency is 1 and a single instance can process only one request at a time. If you set InstanceConcurrency to a value greater than 1, Function Compute creates a new instance only when the number of requests concurrently processed by the existing instance exceeds the specified value.

Note To increase the upper limit of on-demand instances in a region, Contact Us.

When an instance concurrently processes multiple requests, unexpected process quits caused by failed requests affect other concurrent requests. Therefore, you must compile logic to capture request-level exceptions in the function code and prevent impacts on other requests. The following example shows the sample Node.js code:

When an instance concurrently processes multiple requests, errors may occur if multiple requests attempt to modify a variable at the same time. You must use the mutual exclusion to prevent variable modifications that are not safe for threads when you write your function code. The following example shows the sample Java code:

After you configure instance concurrency for your function, you can see that the number of used instances is reduced in the instance monitoring chart. 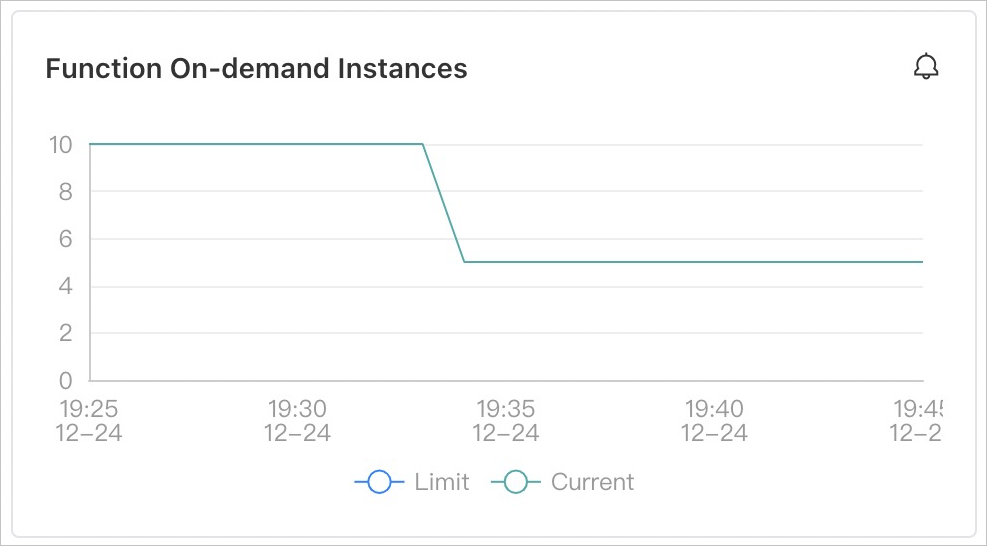 Limits for a single user

Configure instance concurrency for a function

You can configure InstanceConcurrency when you create or update a function. For more information, see Manage functions.