This topic describes how to use a Security Token Service (STS) token of a Resource Access Management (RAM) role for authorizing applications to access Alibaba Cloud resources.

An enterprise has purchased Elastic Compute Service (ECS) instances and wants to deploy its applications on these ECS instances. To allow the applications to use AccessKey pairs to call the operations of other Alibaba Cloud services,

the enterprise can use one of the following methods:

However, if the preceding methods are used, the following issues occur:

To resolve the preceding issues, the enterprise can use an integrated feature of RAM to manage the permissions of ECS instances. This feature allows the enterprise to create a RAM role for each ECS instance and attach the required policies to each RAM role. The applications can use an STS token of the specific RAM role to call Alibaba Cloud operations. 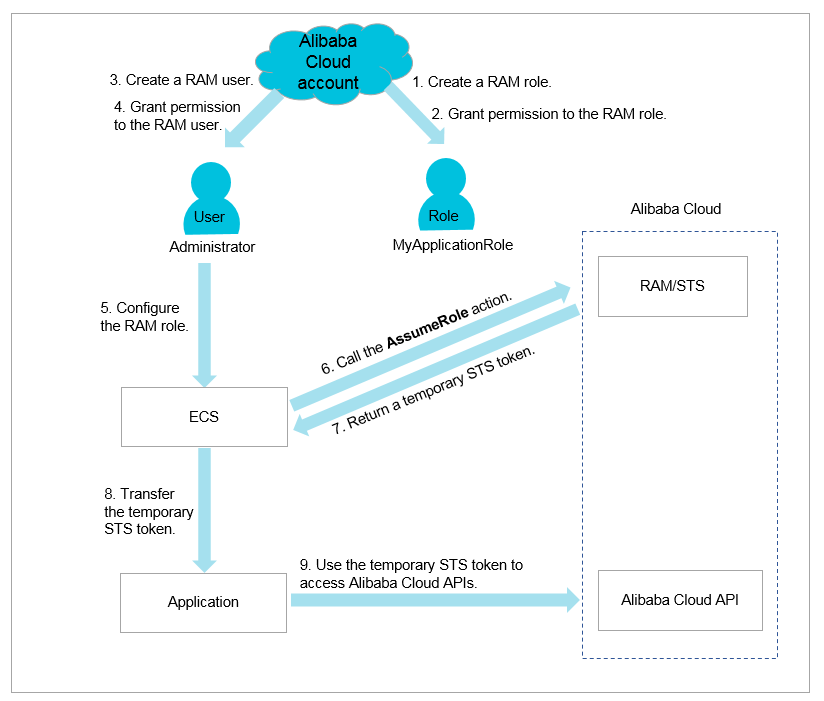 Note Applications deployed on other Alibaba Cloud services such as Function Compute and MaxCompute can also use STS tokens of RAM roles to call Alibaba Cloud operations.
Previous: Use an STS token for authorizing a mobile app to access Alibaba Cloud resources Next: Use a RAM role to grant permissions across Alibaba Cloud accounts