This topic describes how to use collaborative filtering to recommend products.

The correlation between diapers and beer is a classic example of data mining. Diapers and beer seem to be unrelated. However, when they are placed next to each other on shelves in supermarkets, the sales of both products significantly increase. You can use collaborative filtering, an algorithm that is commonly used in data mining, to explore the hidden correlations between different types of products. This way, the product sales can be boosted.

Collaborative filtering is based on association rules. For example, if both User 1 and User 2 purchased Products A and B, you can assume that User 1 and User 2 have similar interests in shopping. If User 1 purchases Product C but User 2 does not, you can recommend Product C to User 2. This is a typical example of user-based collaborative filtering, in which users are correlated based on their characteristics.

In the experiment that is described in this topic, the system obtains the correlations between products based on the shopping behavior of users before July. Then, the system recommends products to users based on the correlations and evaluates recommendation results. For example, if User 1 purchased Product A before July and Product A is strongly correlated with Product B, the system recommends Product B to User 1 in July or later and checks whether the recommendation is hit.
Note The dataset that is used in this topic is for experimental use only.
Note the following points about the experiment: 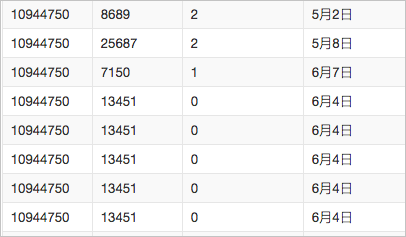 Previous: Use the FM algorithm to create a recommendation model Next: Use Bipartite GraphSAGE for matching recall