You have activated OSS and created one or more buckets.

In the era of mobile Internet, mobile apps are used to upload increasing amounts of data. Developers can hand off their data storage concerns to OSS and focus more on the development of app logic.

The development process of the direct data transfer service for mobile apps is as follows. 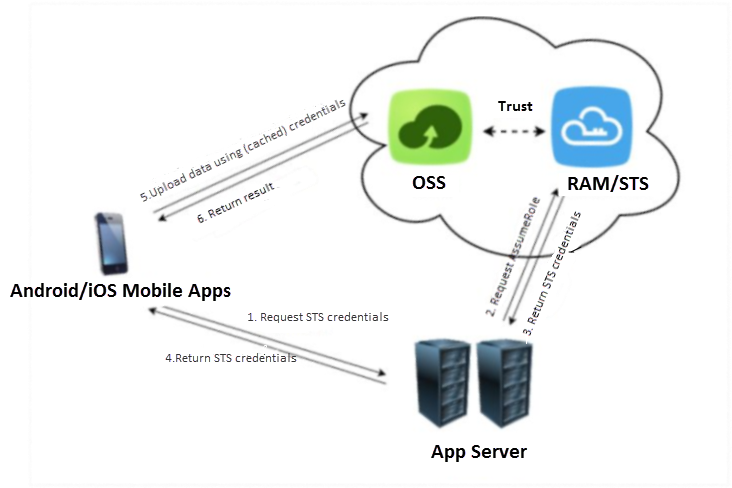 Roles are analyzed as follows:

The procedure is as follows:

The code for OSS initialization is analyzed as follows: