Redirection-based back-to-origin enables OSS to return a redirect response and status code 3xx based on the specified back-to-origin conditions and corresponding redirection configurations. The following figure shows the detailed process. 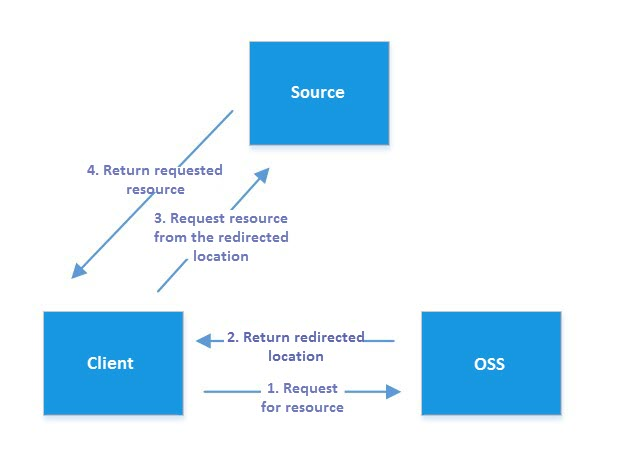