24,939 0
Big data and analytics have long since transitioned from being buzzwords to delivering tangible business results. 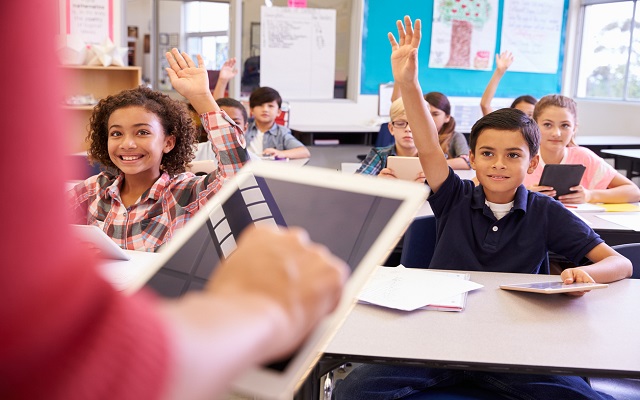 Big data and analytics have long since transitioned from being buzzwords to delivering tangible business results. As a result, industry behemoths and SMEs alike are clamoring to jump on the bandwagon. Reports have stated that industries such as the healthcare, finance and insurance sectors are among the biggest beneficiaries. That said, some industries have been making great strides by employing big data, albeit with far less press coverage. Here are a few big data underdogs to keep an eye on…

The education sector might have been fashionably late to the big data party, but its implementation so far has been creative and intriguing. School admissions processes are now "smart" – decisions used to be made based on test scores but now institutions such as Wichita State University are using predictive analysis to determine which candidates are more likely to remain and thrive in that environment. For example, institutions analyze factors such as employment history, the level of family support, the connections built (with friends and lecturers) as well as what topics are paid attention to.

Some recruitment teams are even evaluating candidates based on their social media data, including the number of friends made and photos uploaded, whether their profile images are genuine, what type of content they post and how they express their opinions. On top of peer interaction on their own personal accounts, a school recruiter might be impressed by a candidate who interacted with a university's social media channel. According to a Kaplan Test Prep survey in 2015, 40% of college admissions officers browsed social media profiles to learn about potential students as much as possible1 . Some data officers from universities think the new approach benefits both schools and students – schools get better ROI and increase the chances admitting students who are the right fit for their institution.

Geographically, big data drives more targeted campaigns that appeal to the right audience in a specific area. Say, if insights show that the application rate is comparatively low but the enrollment rate is high in a certain city, a school can adjust its marketing budget accordingly to attract more applicants.

One example of big data in agriculture was mentioned in a previous article about the son of Japanese farmers, who built a machine programmed to automatically sort cucumbers into nine categories. In agriculture, crop yields depend on hundreds of independent variables, making big data a necessary tool for increasing efficiency and productivity.

The key to data analysis in the agriculture industry is to integrate all data points and variations as a holistic dataset. To maximize the usage of a facility, the value chain needs to be considered. Data points include the location of the processing facilities and where crops are being processed, the cost of each crop processed and transporting crops, and the price of each crop offered at each of these facilities. If big data is leveraged wisely, productivity increases significantly.

Consider the following example. A grain merchandiser's facility lies in a region with many nearby facilities competing for grain from local farmers. The price that a merchandiser offers impacts the local farmers who are incentivized to bring their material to his facility, rather than a competitor's, which thus affects the volume of grain that can be expected at that facility. If a data analytics provider can model the relationships between prices, draw range, and other factors, thus providing insights and estimates about volumes of grain, merchandisers can figure out what prices will provide them with optimal amounts of grain.

Ploughman Analytics, a company specializing in analytics for farmers, did a similar analysis to the above and found that decreasing a price offering by $0.05 can result in a 50 percent shift in grain volume.

Big data may not necessarily be synonymous with sports, but coaches manage data all the time – from marking down key figures like serve speed and unforced errors, analyzing opponents, and mapping out strategies for the upcoming season. Big data in sports first went mainstream via the book and film Moneyball, but now it's a crucial element to look at in almost every sport. Some use big data to select the best players to complete the team, while some use it to ensure the salary budgets are spent in the most sensible way.

The NBA's database is currently managing around 1 million data points, which are collected from every game by cameras positioned across the court. The images captured can be utilized to assess an athlete's performance and develop a strategy that will deliver optimal results at the next game.

The three industries mentioned above are just a fraction of the ripple effect big data has had across global industries. The hospitality and, gas and oil industry are following suit, no doubt with others hot on their tails. Ultimately, what will make the most significant impact will depend on how an industry uses it to foster tangible growth.

Business Transformation in the Age of the API