The growing significance of the Hybrid Cloud 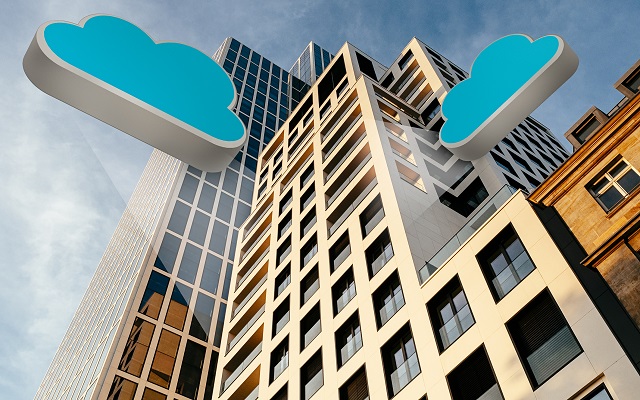 A hybrid cloud refers to an integrated cloud platform that combines public cloud servers with private data centers. Hybrid clouds are fast becoming the implementation of choice for businesses that are seeking to embrace cloud computing. A 2016 survey that asked IT professionals from a range of enterprises about their adoption of cloud computing found that 71% of respondents used a hybrid cloud, up from 58% in 2015. What explains this dramatic growth in the adoption of hybrid clouds, which is projected to rise even further in the future?
The answer largely lies in the fact that a hybrid cloud is able to overcome some of the limitations that come from relying purely on a public cloud service. While businesses gain significant advantages from adopting public cloud facilities, such as acquiring enormous storage space, immense processing power and scalability, there are also drawbacks involved which a hybrid cloud arrangement can help mitigate. Let’s look at a couple of these drawbacks and how they can be circumvented with a hybrid cloud model.


A public cloud is typically accessed through the Internet, which makes any data that is held on the public cloud vulnerable to being infringed by malicious actors. Competent public cloud providers implement strong security protocols to reduce this risk, but it can never be eliminated entirely.
For organizations that have particularly sensitive data or applications, such as client billing information or intellectual property crucial to the business, a hybrid cloud enables them to place this most sensitive data on private servers which cannot be accessed through the Internet. Less confidential data or applications, which are usually more copious in volume, can be placed in the public cloud and benefit from the large storage capacity public servers provide.


Sometimes it’s not possible to move all applications that an enterprise uses over to the public cloud, because they may not be supported by public cloud servers. Very old applications such as a COBOL DB2 database which is used to manage inventory is generally incompatible with the hardware used by public cloud providers. Either the application has to be re-written to work on the public cloud, which could cost millions of dollars rendering the option impractical in most cases, or it has to run on private hardware.
A hybrid cloud architecture enables companies to continue using legacy software which is important to their operations in a private environment, while using the public cloud to utilize more up-to-date software which can benefit from the enhanced processing capability provided.


Public cloud data centers inevitably introduce latency, however small, because they are accessed through the Internet as noted earlier. There are certain applications which are highly sensitive to latency and are therefore not appropriate for being hosted on a public cloud. Examples include algorithms which predict natural disasters such as earthquakes and tsunamis, where any delay in the calculations could mean the difference between life and death. Latency can affect even high quality voice and video streaming. A hybrid cloud allows such applications to be run on private hardware to circumvent latency issues.


Given that a public cloud is maintained by a third party, it can provide local IT professionals with less management capabilities than over private hardware. For example, pre-packaged software that is accessible through the public cloud, also called software-as-a-service (SaaS), can be subject to updates or redesigns beyond the control of the local IT team. Such updates may cause conflicts with other software, hardware or data that is being used by the company. Having a hybrid cloud enables the IT team to keep some software, which they feel may cause these kinds of conflicts if modified, on private machines and under their control.
That said, in some respects a public cloud can grant increased control, for instance by providing IT teams with additional computational resources to perform tasks that may not be executed locally.


Keeping critical data and applications only on a public cloud gives rise to the risk that they may become inaccessible for a particular period of time if the public cloud experiences technical difficulties. A hybrid cloud allows critical data and applications to be duplicated on private servers, ensuring they are still accessible even if the public cloud goes down. In a similar way, if the private servers experience technical difficulties, the critical data and applications will still be accessible through the public cloud.
The best of both worlds
A hybrid cloud arrangement enables enterprises to enjoy the best of both worlds. They can reap the myriad of benefits that public cloud services provide, including the ability to purchase additional processing power that can scale up or down based on demand. They can also enjoy the advantages of private data centers, including enhanced security or practically zero latency. It’s therefore no wonder that hybrid clouds are increasing in popularity.

A word of caution…


In spite of all this, hybrid clouds do have some shortcomings. A significant drawback is that a hybrid cloud can be a prohibitively expensive option if the IT budget is small, since hybrid requires investment in private hardware (whether on-site or hosted by a vendor) as well as public servers.
There may also be cases where companies have existing on-site infrastructure which is serving their purposes well and does not require any integration with the public cloud. These include LAN-based SCADA networks used in industrial automation processes.
Another downside is that getting public and private servers to communicate with one another can be a tricky issue, especially if they run on different types of hardware and operating systems. Strong IT expertise, whether locally or from a cloud provider, is needed to resolve this problem in order to get the public and private components of the hybrid cloud running as a seamless system. Investing in a cloud management platform may also be needed, which increases costs further. But in some cases, it may not be possible to integrate private hardware with public cloud architecture at all because the two are totally incompatible.
By weighing up the pros and cons of the hybrid cloud, organizations may decide that a hybrid arrangement is beneficial for certain departments (e.g. those sensitive to downtime or using legacy software), whereas the public cloud is more suitable for other departments (e.g. those with lower IT budgets or with no on-site computing infrastructure). The hybrid cloud may also be advantageous for certain industries, but not for others (e.g. the military sector where it is risky or against protocol to put any data in the public cloud). Government regulations, such as requiring customer data to be held locally, will also dictate the kind of cloud configuration a company decides to use.
Hybrid Cloud Private Cloud Public Cloud
0 0 0
Share on