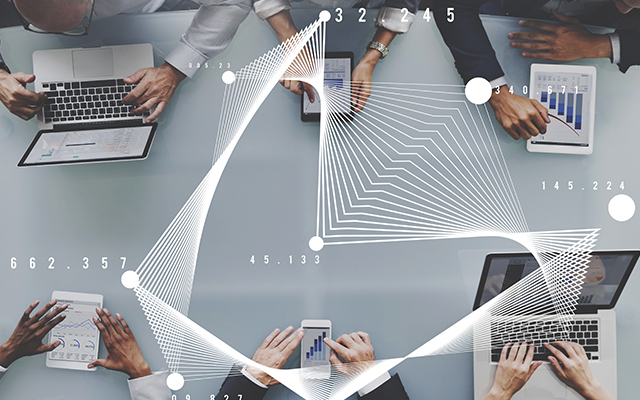 In most Machine Learning courses, regression algorithms are the first to be introduced for two reasons:

We have already touched on linear regression via the House Price Problem. Let’s figure out how to find the straight line that best fits all the data.

The "least squares" method is used to solve this problem. The thinking behind this method is: to find the line that best represents a set of data; and find

the line that most closely follows the observed data points in the data set. Not all of the data points lie exactly along a straight line, so the best fit line is

the one with the least deviation from those points. To minimize the deviation, find a straight line that minimizes the sum of the squares of all the

distances between the points and the line. The least squares method converts an optimization problem into an extreme function value problem. In

mathematics, we can find the extreme values of a function by looking at the point where the derivative is 0. However, this method is not suitable for

computers because they may fail to solve the problem or the computation may be too intensive.

In computer science, there is a specialized discipline called numerical computation. It strives to increase accuracy and efficiency when computers run

various computations. For example, the famous gradient descent method and Newton method are classic numerical computation algorithms. They are

also well-suited to find extreme values of functions. The gradient descent method is one of the simplest and most effective methods for solving regression

applied in other algorithms.

from those addressed by logistic regression. Linear regression deals with numerical problems with final predictions being numbers, such as a house price.

regression is often used to determine a spam email or if a user will click on an advertisement.

In practice, logistic regression simply adds a Sigmoid function to the results computed by linear regression. This function converts the numerical result

into a probability between 0 and 1 (images of the Sigmoid function are not very intuitive, but you need to understand that larger values are closer to 1

and smaller values are closer to 0). Next, we make a prediction based on this probability. For example, if the probability is greater than 0.5, we can classify

an email as spam or judge a tumor to be malignant. For better understanding, refer to the logistic regression algorithm shown as a classification line in

Assume there is a set of data on cancer patients. Some of these patients' tumors are benign (blue circles), while some are malignant (red Xs). The

tumors' red or blue markings are data "tags." Each data point includes two features: patient's age and tumor size. You can map these two features and

the data tags in two-dimensional space.

Now, there is a new data point (green triangle) to help determine if this tumor is malignant or benign. To do this, you can train a logistic regression

can determine that the tag should be red, indicating a malignant tumor.

suffer from low efficiency when processing large volumes of data). Therefore, when a line dividing two classifications is not linear, logistic regression is

unable to express the situation adequately. Next, let's discuss the two most powerful and important algorithms used in ML. Both are used to find non-

one of the most powerful Machine Learning algorithms.

Neural networks originated from the study of brain mechanisms. Biologists used neural networks to simulate the brain. Then, Machine Learning

academics used neural networks to perform Machine Learning experiments and found that they performed quite well for visual and audio recognition.
The specific learning mechanisms of neural networks decompose and integrate data. In the famous Hubel-Wiesel experiment, researchers investigating

the visual analysis mechanisms of cats found this to be the mechanism at work.

For instance, a square features four polylines and then enters the next layer of visual processing. Each of the four neurons is used to process one

complex image converts into data when entering neurons. After being processed by the neurons, it is integrated. Finally, the brain sees the resulting

Let's now look at the logical structure of a simple neural network. This network can be divided into input, hidden, and output layers. The input layer

receives signals; the hidden layer analyzes and processes data; and the final result is integrated into the output layer. In each layer, the circles represent

processing units. These can be thought of as simulated neurons. Several processing units combine to form a layer, and several layers form a network. The

result is a neural network. 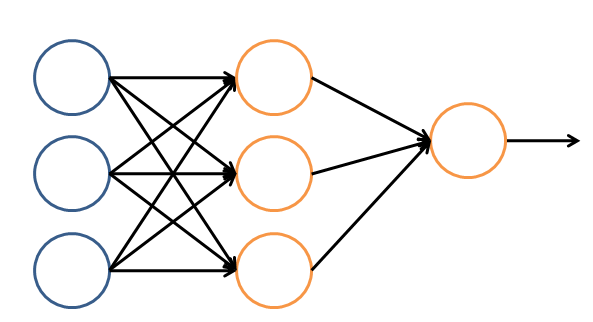 In a neural network, each processing unit is a logistic regression model that receives input from the upper layer and outputs prediction results to the

next layer. Through this process, neural networks can accomplish complex, non-linear classification.
The following figure demonstrates a famous application of neural networks in the image recognition field. The program is called, LeNet, and the neural

network is constructed with multiple hidden layers. LeNet can recognize numbers written in different ways to achieve a high degree of accuracy and

The square at the center shows the images put into the computer. At the top, the red number after "answer" is the computer's output. The three

columns on the left-hand side of the image show the output of the neural network's three hidden layers. As the layers become deeper, there is less detail,

like we see that , the basic processing in layer three has reached only linear detail.

In the 1990s, the development of neural networks encountered a bottleneck because even with BP algorithm acceleration. therefore, in the late

&nbps;&nbps; Here is an example: Now, the issue becomes how to draw a circular classification border in two-dimensional (2-D) space, which is difficult. However, use the "core” to

map the 2-D data to three-dimensional (3-D) space. Then, use a linear plane to achieve similar results. Hence, a non-linear classification border in 2-D

space is equivalent to a linear border in 3-D space. You can therefore use a simple line to divide data in 3-D space and achieve the effect of a non-linear

division in 2-D space. The following is a section of 3-D space.

SVM algorithms are mathematical ML algorithms (comparatively, neural networks have a biological component). The core step of the algorithm offers

For all the previously mentioned algorithms, one prominent characteristic is that the training data contains tags and trained models can predict tags

for unknown data. In the following algorithms, the training data does not include tags, and the algorithms strive to infer these data tags through training.

algorithms are clustering algorithms. Returning to 2-D data, you can say that each data point has two features.

groupings and based on these distances, divides data points into multiple groups. The most typical example of a clustering algorithm is the K-Means

Dimensions represent the size of features that characterize the data. For instance, house price data may have four features: house length, width, area, and

number of rooms. Therefore, it is four-dimensional (4-D) data. The features of length and width overlap with the area feature because area = length x

You can use mathematics to prove that an algorithm compresses the number of dimensions while retaining the maximum amount of information.

They are primarily used to compress data and enhance the efficiency of other ML algorithms. Another advantage is visualization. For example, if you

compress five-dimensional (5-D) data into 2-D data, the data can be visualized on a 2-D plane. Principal Component Analysis (PCA) algorithms are the

most typical example of a descending dimension algorithm.

Recommendation algorithms are very popular in the ML industry and widely used by e-commerce companies, such as Amazon, Tmall, and Jingdong.

The primary characteristic of recommendation algorithms is that it automatically recommends things that most interest a user to increase purchase rates.

There are two main types of recommendation algorithms.

These algorithms recommend items to a user that are similar to their recent purchase. They require each item to have several tags in order to find

items similar to the user's purchased items. The advantage of these recommendations is their high degree of relevance.

They show the user recommendations based on items purchased by other users with the same interests. For example, if user A has purchased items B

and C and the algorithm discovers that user D has the same interests as user A, and has bought item E, it will recommend item E to user A.


Both types of recommendation algorithms have their respective advantages and disadvantages. In e-commerce applications, sellers use a mix of both

In addition to the algorithms previously mentioned, many others are used in Machine Learning, such as Gaussian discriminant, naive Bayes, and

decision tree algorithms. Howevjer, the six algorithms discussed previously are the most widely used, have the greatest impact, and are the most

Here is a summary of the algorithms:


In addition to these algorithms, there are some algorithms whose names are often mentioned in the Machine Learning field. However, these are not

true Machine Learning algorithms. Instead, they originated from attempts to solve some sub-problems. Among these "sub-algorithms," the most

In this blog post, we learned about algorithms that help implement ML functions. These include regression algorithms, neural networks, SVM,

at its applications in related fields, including big data, artificial intelligence, and deep learning.

"Massive sales… just for you!" - The Art of Personalized Marketing