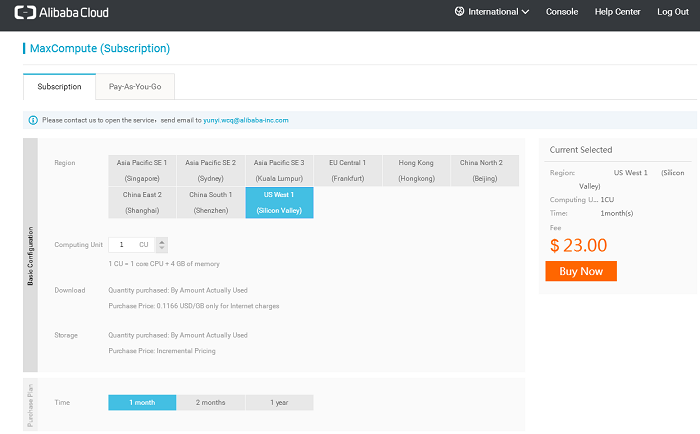 In its continued quest to use technology to create more polished products, such as MaxCompute, Alibaba Cloud's goal and motivation is to bring the dividends of technological development to developers and companies. During the main forum at the Hangzhou Computing Conference held in October of this year, Zhou Jingren, Vice President of Alibaba Group, presided over the official launch of the public cloud-based BigBench on MaxCompute. This was the first computing engine that could accommodate up to 100 TB of data and provide a performance of 7,000 BBQpm. It is now the benchmark for public cloud-based services. After the conclusion of the conference, MaxCompute opened a one-month testing environment and released open-source BigBench on MaxCompute SDKs, allowing developers to try out the product and verify its features.

During the recent 11/11 global shopping spree, MaxCompute served as an offline computing platform. On 11/11, it processed over 320 PB of data during peak business times, scheduling millions of jobs and preventing the traffic surge from overwhelming business systems. By integrating the Lightning Compute interactive computing mode, for the first time, it provided 4,000 Tmall merchants with real-time, fine-grained statistical data. Such real-time data has strong consistency across data centers, providing excellent disaster tolerance. Even if the entire data center encounters a fault, services are restored in minutes for seamless data access.

As MaxCompute products and technologies continue to benefit Chinese enterprises and developers, Alibaba Cloud is accelerating its global deployment. The US West is the sixth overseas region to officially go online this year. Following entry into the Asia Pacific and European markets, this region is the first in the U.S. market.

MaxCompute 2.0 will be deployed on the US West region. Leveraging the all-new SQL2.0 computing engine, the new version features higher computing performance, supports analysis of unstructured data, such as images and videos, and provides massive data computing to artificial intelligence and other hot new technology fields. At the same time, MaxCompute is seamlessly integrated with other cloud products. Enterprise customers can use Log Service to easily sync massive volumes of log data from ECS and ApsaraDB to MaxCompute, process and schedule data with DTplus DataWorks, and ultimately analyze the data and present the results using PAI, Quick BI, and DataV.

With industry demand continuing to grow, data processing and analysis will remain the primary services provided by cloud computing vendors. Soon after MaxCompute's deployment on the US West, Alibaba Cloud will open services on the US East. This will represent a further increase to Alibaba Cloud's service capabilities in the U.S. market, providing secure and scalable computing services to local customers.

US is the right place for MaxCompute as n number of companies are there operating on Data lakes, DWH....HPC....