How to configure the node input of a task

There are two ways to configure the node input: one is to use the automatic code parsing function to resolve the dependency of the task, the other is to manually enter the task dependency (manually entering the Upstream Node Output Name).

How to configure upstream dependencies

If your table is extracted from the source library and there is no upstream, you can click Use The Workspace Root Node to obtain upstream dependencies.

How to configure the node output of a task

Automatic parsing: refers to automatically parse scheduling dependencies by the code. Implementation principle: only table names can be obtained in the code, and the automatic parsing function can parse the corresponding output task according to the table name.

For example, the type node code is shown below.
The dependencies parsed are as follows.

DataWorks can automatically parse the node which this node needs to be dependent on project_b_name to output pm_table_b, and the final output of the node pm_table_a. Therefore, the resolution is that the parent node output name is project_b_name.pm_table_b, and the node output name is project_name.pm_table_a(The project name is MaxCompute_DOC ).
Note By default, a table with a name starting with t_ is recognized as a temporary table. Auto parsing does not resolve the temporary table. If the table with a name starting with t_ is not a temporary table, contact your project administrator to modify it in the project configuration.

How to delete the input and output of a table

You select the table name in the code, click Remove Input. 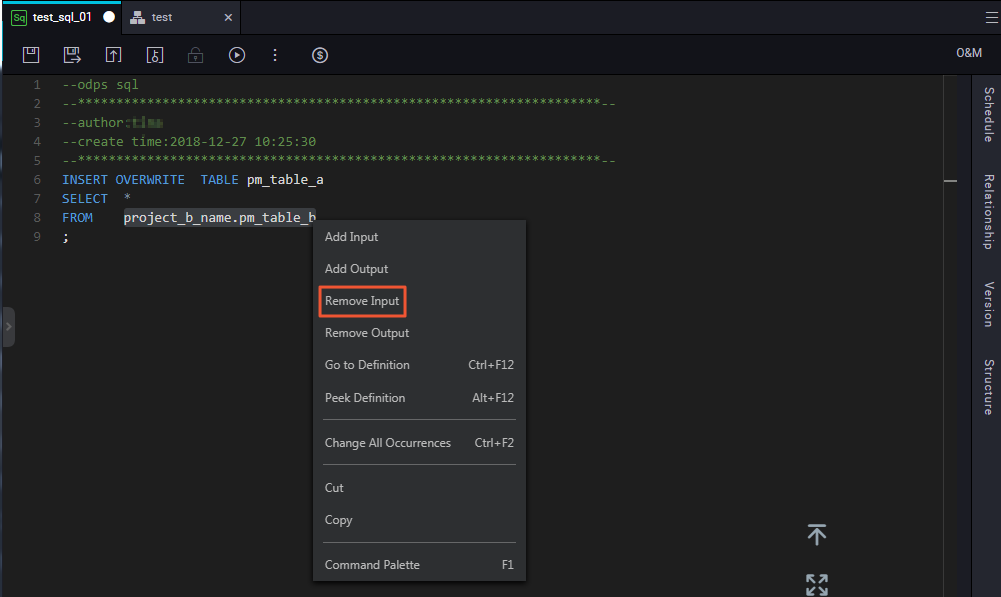 If you are upgrading from DataWorks to DataWorks V2.0, we set the node output for the migrated DataWorks task to ProjectName.NodeName for you by default.

When the task dependency configuration is complete, the submitted window shows an option: whether confirm to proceed with the submission when the input and output does not match the code blood analysis. 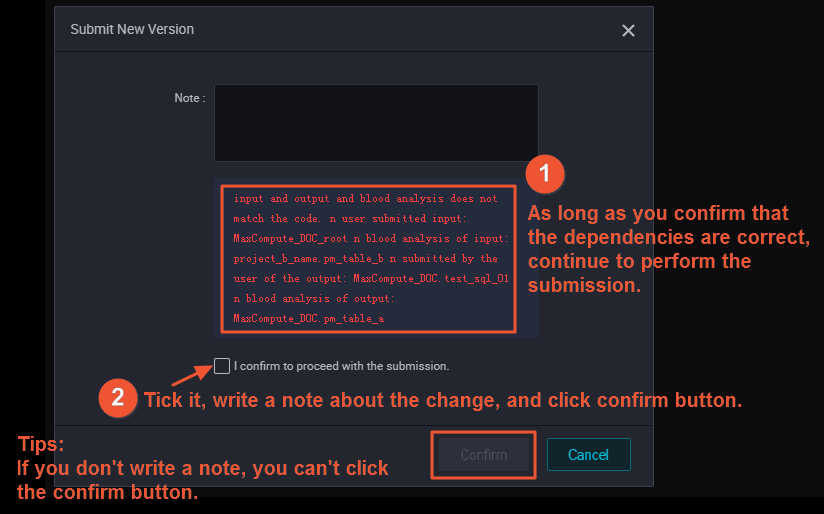 Previous: Migrate data from Oracle to MaxCompute Next: Use MaxCompute to analyze IP sources