This tutorial illustrates how to create two functions that read and write to the NAS from scratch. We recommend that you read the article NAS access before you follow this tutorial. Here are the steps involved:

Create a NAS mount point in the console

Create a service with NAS configuration

Create a "write to NAS" function

In this sample, we demonstrated a function written in Python 2.7 creates a file on the NAS file system. The root_dir field in the event must be one of the local mount paths configured in the step 4 of the previous section. You can see that you don’t need to use any specific client or import any NAS library to write to the NAS file system.

Create a "read from NAS" function

The following figure shows the output of the invocation, which is exactly what we wrote in the "write to NAS" function. 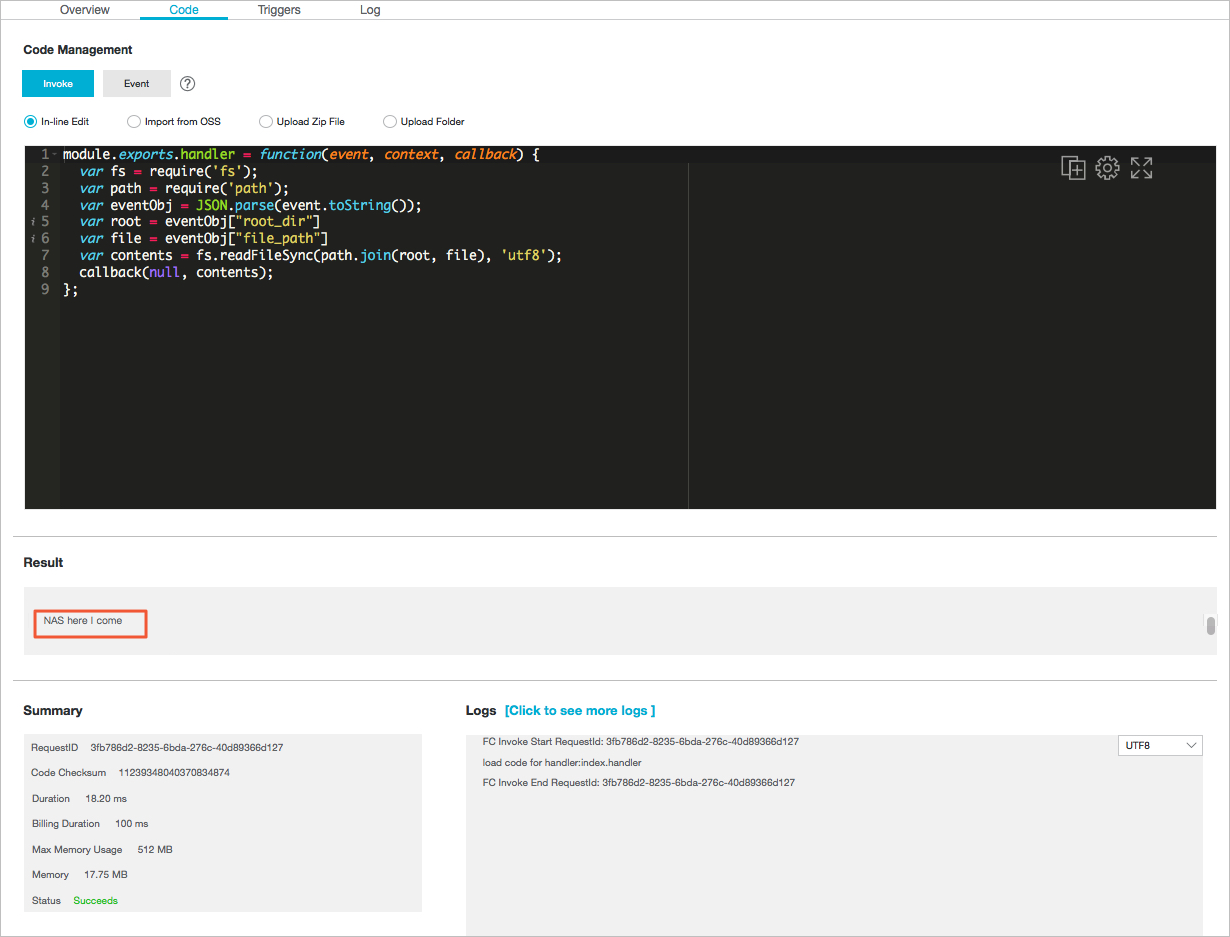