The use of a VPC will incur additional fees. We recommend that you use RAM rather than VPC configuration to grant access permissions to a service, such as Tablestore. Therefore, before you configure a VPC, you must determine whether the VPC configuration is required. 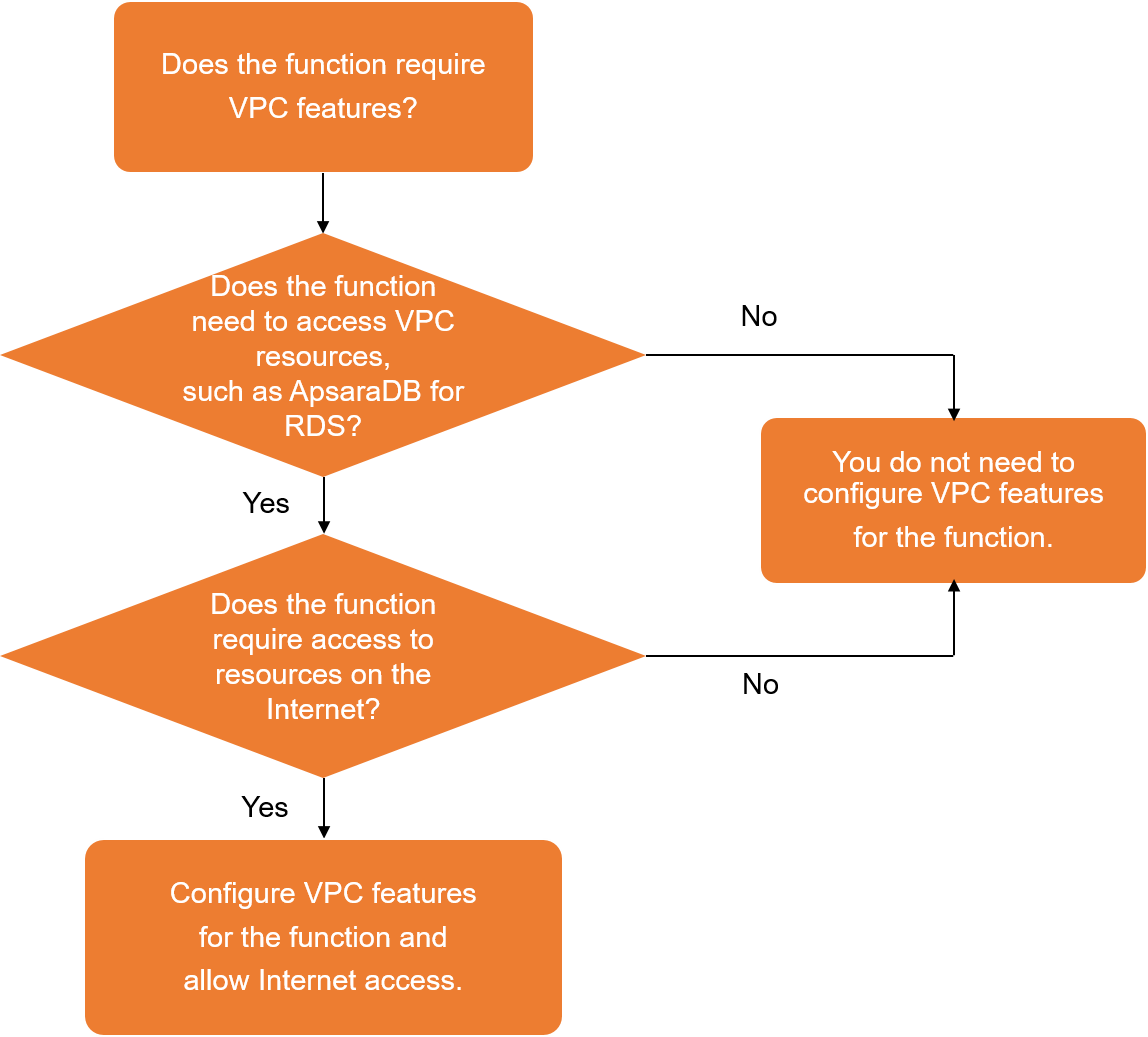 The VPC configuration is set on the service level. When you grant access permissions to a service, all functions of the service are allowed to access the specified VPC.

A VPC is a custom private network created on Alibaba Cloud. VPCs are logically isolated from each other. You can create and manage your cloud instances, such as Elastic Compute Service (ECS) instances, Server Load Balancer (SLB) instances, and ApsaraDB for RDS (RDS) instances in your VPC. This prevents these resources from being accessed on the Internet.

Function Compute accesses resources in a VPC network in the following steps:

A VPC is a private network dedicated for your use. You must authorize your ENI to access the VPC and attach this ENI to the instance where your functions are executed. This allows the functions to access the resources in your VPC. For more information about ENIs, see ENI overview.

When you create an ENI, you must provide configuration information such as the VPC ID, security group ID, and vSwitch ID. Function Compute configures the ENI based on this information. This allows your functions to access resources in the specified VPC by using the ENI.

For more information about how to use Function Compute to access resources in a VPC, see Overview.

Functions can access resources in four network access modes based on network settings. You can set networks for your functions.

The VPC and permissions are configured on the service level. When you grant access permissions to a service, all functions of the service are allowed to access the specified VPC.