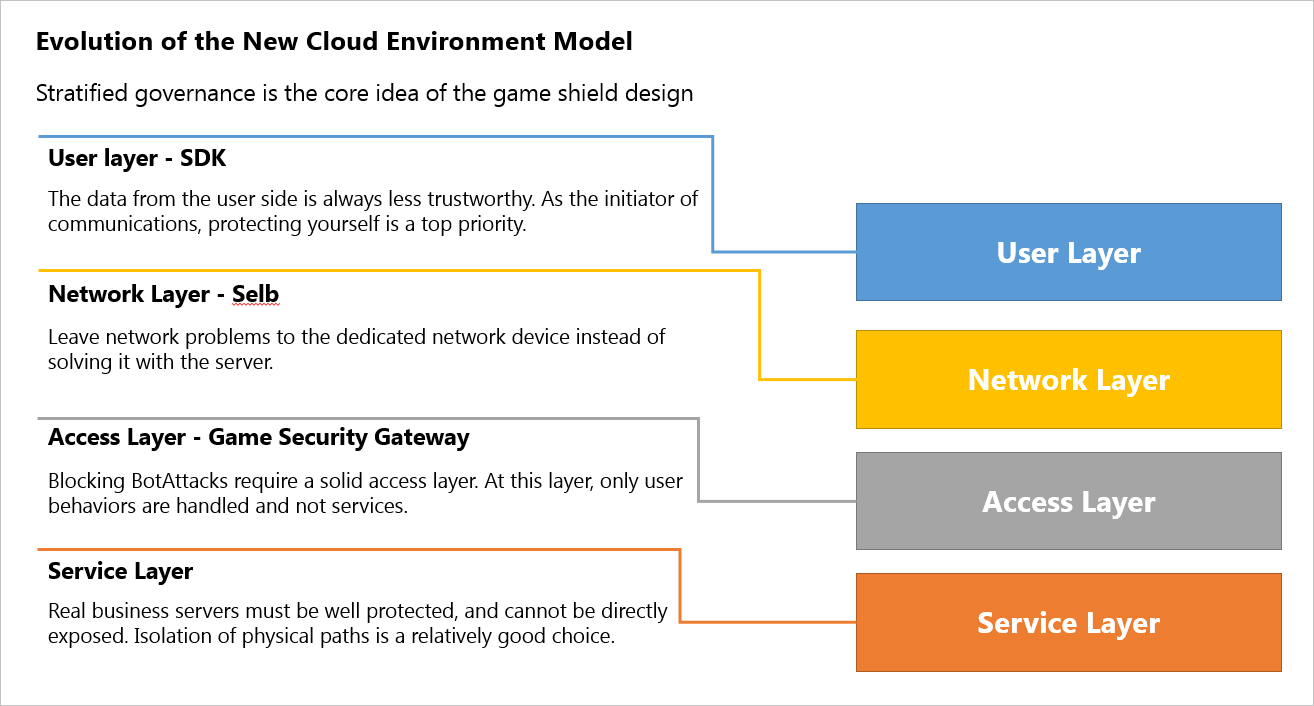 Stratified governance is the basis for solving these problems. Inequality of any resource is derived from the fact that a target is too easy found by the attacker, and the defender is too easy of a target.

Game Shield has changed the traditional method of defending against DDoS attacks where it becomes a battle of bandwidth and is a comprehensive risk control solution for the gaming industry. Under the risk control theory of Game Shield, if we solve the problem on the user side, we can defend against DDoS attacks of any size, thus achieving the balance of attack and defense costs.