WebSocket is a new HTML5 protocol for full-duplex communication between clients and servers. It supports real-time communication and reduces the consumption of server resources and bandwidth. WebSocket Secure is the encrypted version of WebSocket.

WebSocket is a new HTML5 protocol for full-duplex communication between clients and servers. It supports real-time communication and reduces the consumption of server resources and bandwidth. Similar to HTTP, WebSocket uses an established TCP connection to transmit data. However, it is different from HTTP.

WebSocket Secure is the encrypted version of WebSocket.

New web applications emerge as the Internet develops. These applications, such as live video streaming and online chat rooms, require that servers have real-time pushing capabilities. To implement pushing, a large number of websites used the polling technique. Based on the polling technique, the browser sends HTTP requests to the server at specific intervals, such as every second. Then, the server returns the most recent data to the browser of the client. One disadvantage of this technique is that bandwidth resources are wasted. The browser must constantly send requests to the server, and the HTTP request header is long and does not contain a large amount of valid data.

To solve this problem, HTML5 defines WebSocket, which helps save server and bandwidth resources and facilitates real-time communication. WebSocket supports full-duplex communication between clients and servers and allows a server to send requests to a client.

The following figure shows how a client interacts with a server by using WebSocket. 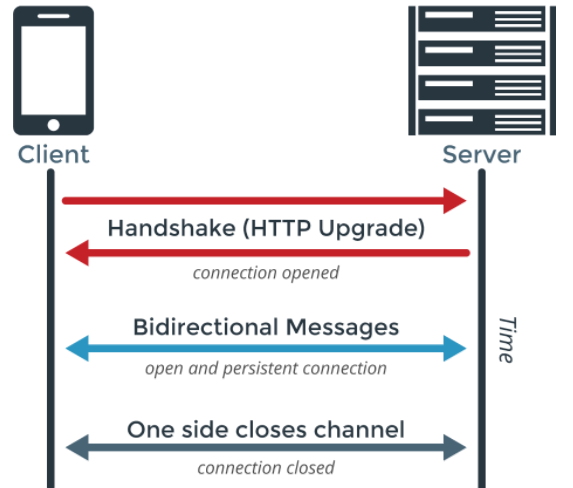 How to enable WebSocket and WebSocket Secure for an SLB instance

WebSocket and WebSocket Secure are available in all regions.

The following section describes the limits for WebSocket and WebSocket Secure:

WebSocket and WebSocket Secure are free of charge.