If you purchase an enterprise-grade instance, you have exclusive access to its vCPUs. While you enjoy the exclusive access, you must pay for vCPU resources regardless of whether you use the full performance of the vCPUs. Even if you only require high levels of computing power for a specific period during a day, you must pay for unused computing resources at other times during the day. To avoid this situation, you can select cost-effective and powerful burstable instances to better meet your business requirements.

In different scenarios, the shutdown of your instances may affect CPU credits:

The consumption rate of CPU credits of a burstable instance is based on the number of its vCPUs, CPU usage, and operating hours. For example, you consume one CPU credit in the following three scenarios:
When you start a burstable instance, it starts to consume CPU credits to maintain its computing performance. It first consumes initial credits which cannot be replenished when used up, and then consumes the accumulated CPU credits.

You can enable the standard mode for your instances if you have stable workloads and do not need instances to run beyond the baseline performance for an extended period of time. Otherwise, you may occasionally need to burst performance for scenarios, such as lightweight web servers, development and testing environments, and databases with low- and medium-performance. 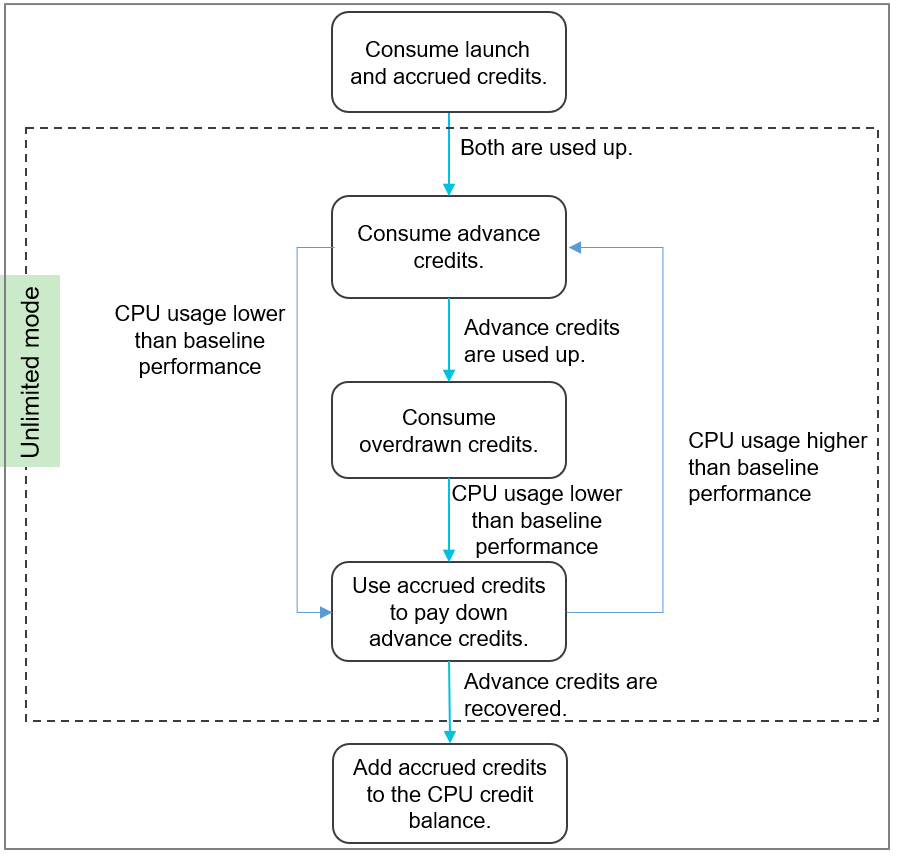 Configuration changes of an instance vary according to its billing method.