In addition to internet access, Message Queue for Apache RocketMQ supports private networks for application infrastructure, namely Virtual Private Cloud (VPC) access. You have full control over your VPC, which you can define and customize by specifying the IP address range and configuring route tables and network gateways. You can also launch Alibaba Cloud resources such as Elastic Compute Service (ECS), Relational Database Service (RDS), and Server Load Balancer (SLB) in your own VPC.

For more information about the concepts of Message Queue for Apache RocketMQ, see Terms.

Message Queue for Apache RocketMQ supports the publish/subscribe pattern. A message producer can create a topic and send messages to the topic. A consumer can subscribe to a topic to receive messages from it. Communication can be in one-to-many (fan-out), many-to-one (fan-in), or many-to-many mode.

The pattern is illustrated in the following figure. 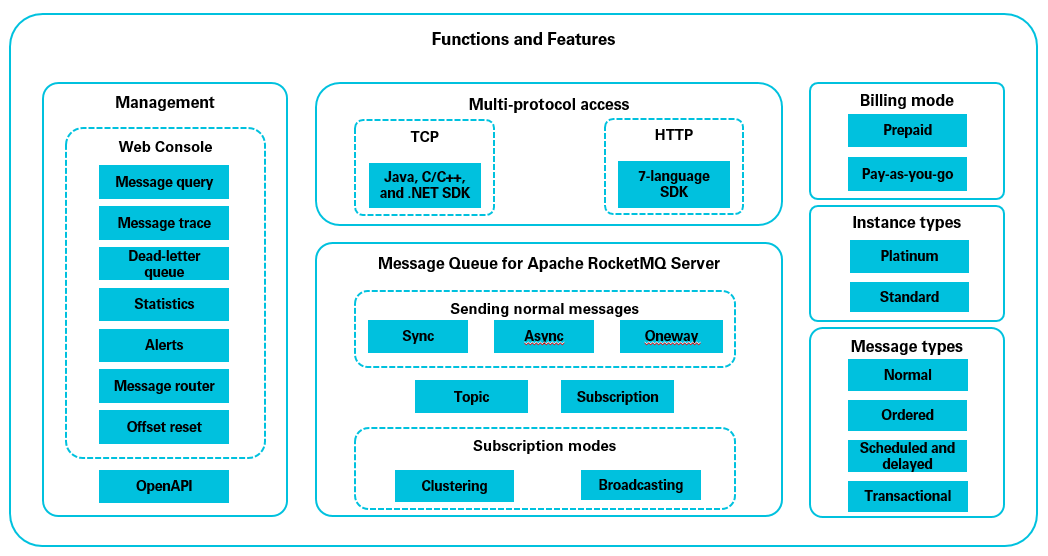