Databases originated in the 1970s and play an increasingly important role in the surge of the advancement of technology. Database technology is one of the major technology in the IT industry and supports economic and business activities in modern society. For a long time, the traditional vendors Oracle, IBM, Microsoft, and SAP have been the major database providers in global commercial database markets.

The rise of new scenarios reshapes the database industry. The new scenarios include new finance, new retail, new manufacturing, new technology, new energy, AI, and IoT. In these scenarios, enterprises require databases that provide strong storage and analysis capabilities. The separation between SQL databases and NoSQL databases is fading. Databases that use integrated software and hardware are expected to become the trend. Cloud databases are scalable by design. Cloud databases are developed based on innovative technology and support diverse product systems, cost-effective deployment methods, and the pay-as-you-go billing method. All of these features meet the market requirements and are suitable for enterprises.

The future of the database market is the cloud. In 2018, a Gartner report shows that the revenue from Database Management Systems (DBMS) in global markets reached USD 46 billion and was 18.4 percent higher than in the previous year. The revenue from cloud databases accounted for 68 percent of the total revenue. By 2022, 75 percent of all databases are to be deployed or migrated to cloud platforms, Gartner predicted. This trend is caused by an increasing number of databases that are used for analytics and the Software-as-a-Service (SaaS) model. An increasing number of databases are shifting to the cloud. As a result, the cloud becomes the future trend of databases. 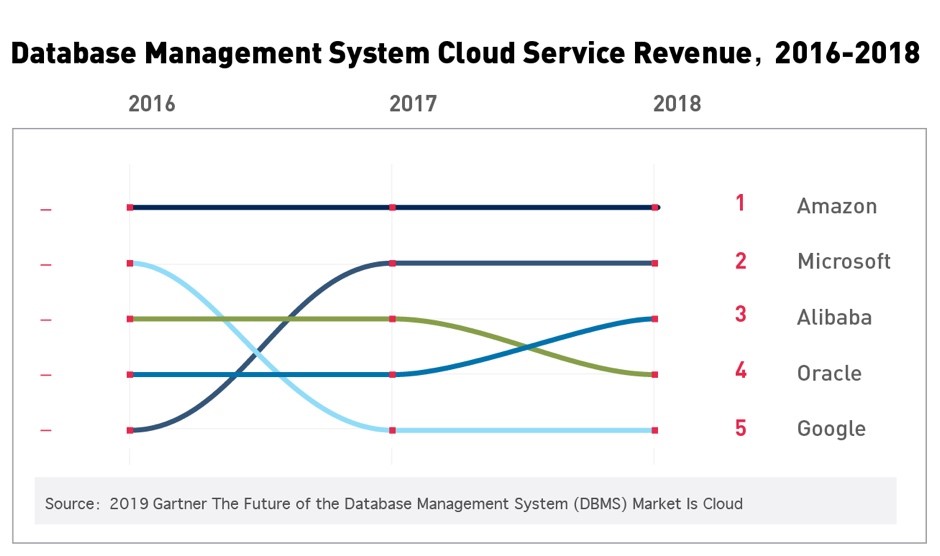 The preceding image shows the trends of cloud databases in global markets from 2016 to 2018. The image is from a Gartner report published in 2019. The report is titled The Future of the DBMS Market Is Cloud.