In edge computing, edge nodes are classified into groups by zone, region, or other logical attribute such as CPU architecture, Internet service provider (ISP), or cloud service provider. Nodes in different groups are isolated from each other in one way or another. For example, these nodes may be disconnected, may not share the same resources, may have heterogeneous resources, or may run applications that are independently deployed.

How a Service topology works

Method 1: Configure a Service topology in the ACK console

To create a Service that can be accessed by only the node pool where the Service is deployed, you need only to add an annotation to the Service. For example, you can set Name to openyurt.io/topologyKeys and Value to kubernetes.io/zone. For more information about how to create a Service, see Manage Services. 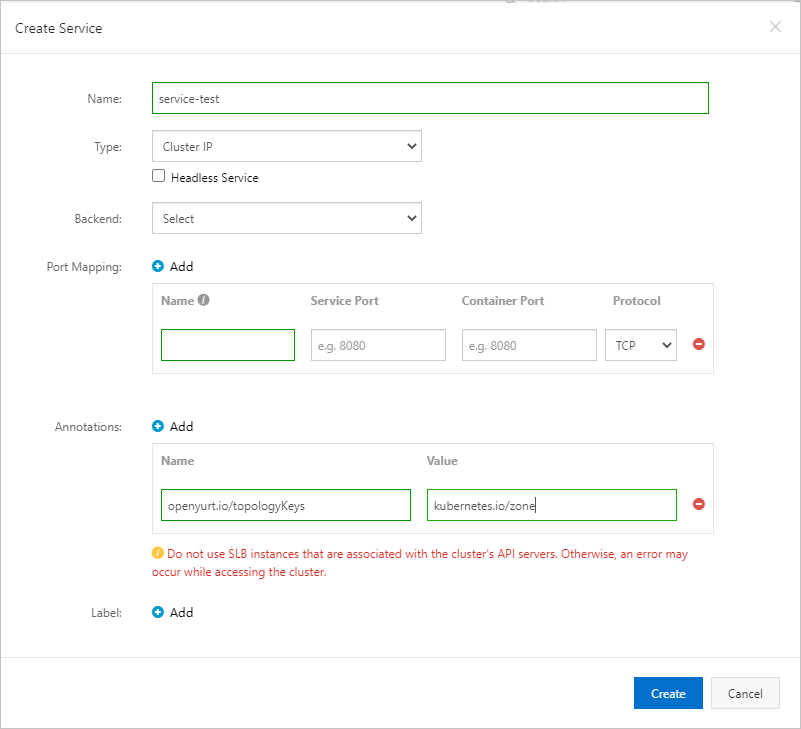 Method 2: Configure a Service topology by using the CLI

You can use the command-line interface (CLI) to configure a Service topology in the following ways:

You can add annotations to a Kubernetes-native Service to configure a Service topology. The annotations are described in the following table.
Previous: Use the UnitedDeployment controller to deploy applications Next: Add an edge node