When versioning is enabled for a bucket, data that is overwritten or deleted in the bucket is saved as a previous version. You can configure lifecycle rules to delete expired delete markers and previous versions that you no longer use to reduce storage costs and improve bucket performance.

Versioning is enabled for the bucket. For more information, see Enable versioning.

A user uploaded an object named example.txt to a versioned bucket named examplebucket on February 8, 2020. Within the same year, the user overwrote example.txt and deleted the object without specifying a version ID multiple times. Each time when the object is overwritten or deleted, OSS saves the current version of the object as a previous version and specifies a random string as the globally unique ID. In the following figure, simple strings but not actual version IDs are used for ease of viewing. 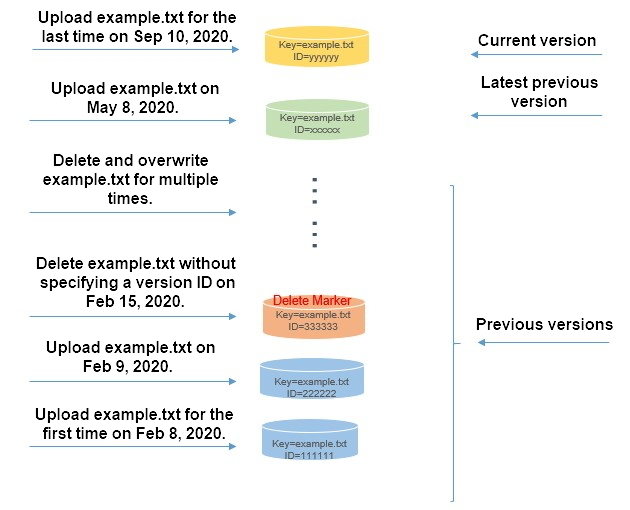 To meet business requirements, the user wants to manage the versions of example.txt to achieve the following goals:

When you configure lifecycle rules to manage object versions, take note of the following items: