Secrets Manager allows you to manage your secrets throughout their lifecycle. Applications can access Secrets Manager by using secure and convenient methods. This prevents the risk of sensitive data leaks caused by hardcoded secrets.

This section uses a database username and its password as the managed secret. 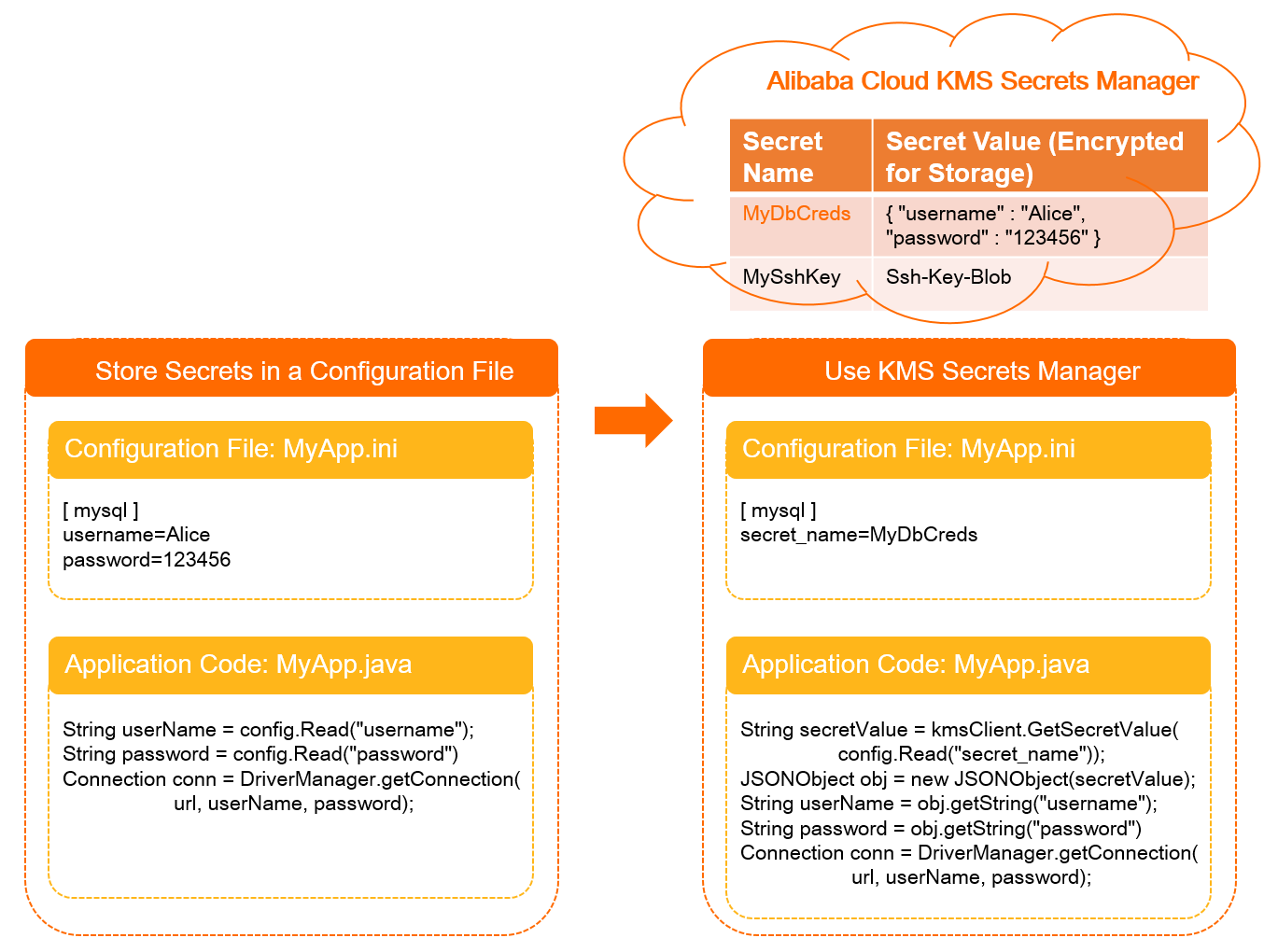