A CMK may have multiple key versions. Each key version represents an independently generated key. Key versions of the same CMK do not have any cryptographic relation to each other. KMS automatically rotates CMKs by generating new key versions.

You can generate a key version in either of the following ways:

Impacts of automatic rotation on encryption and decryption 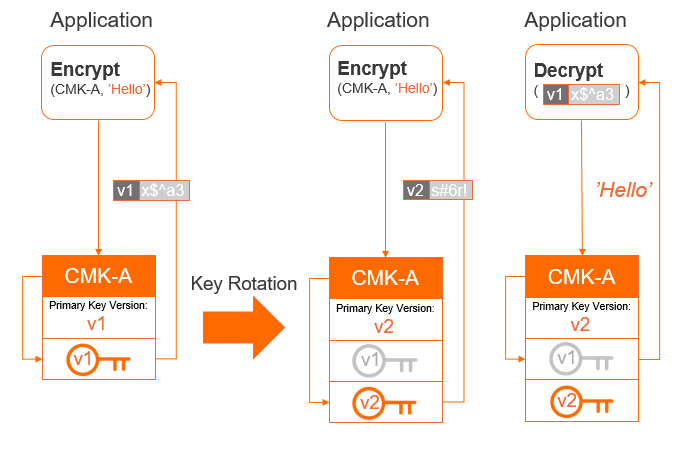 You can call the ReEncrypt operation to decrypt the ciphertext that is encrypted by using a historical version of a CMK and encrypt the obtained plaintext data by using the current version of the CMK. 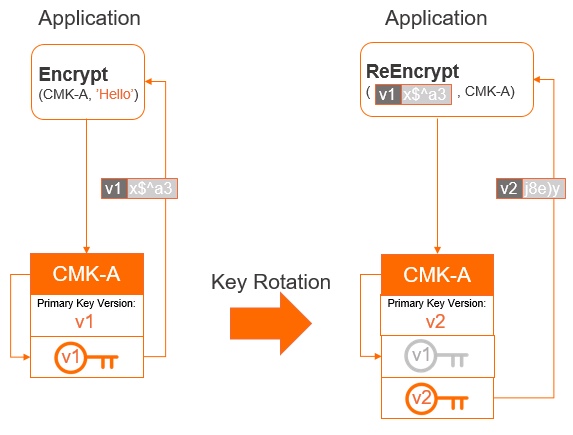 A new key version can be created for a CMK only if this CMK is in the Enabled state (the value of KeyState). You must take note of the following points: