Scripts created by using ES are the same as the standard configurations specified in the Alibaba Cloud Content Delivery Network (CDN) console. They process requests that are sent to CDN nodes. The following figure shows the positions where scripts are executed. After a CDN node receives a request, the CDN node processes the request based on the configurations in the Alibaba Cloud CDN and scripts in ES. In a request processing pipeline, you can specify the position where a script is executed. A script can be executed before the configurations in the console are applied (head) or after they are applied (foot). 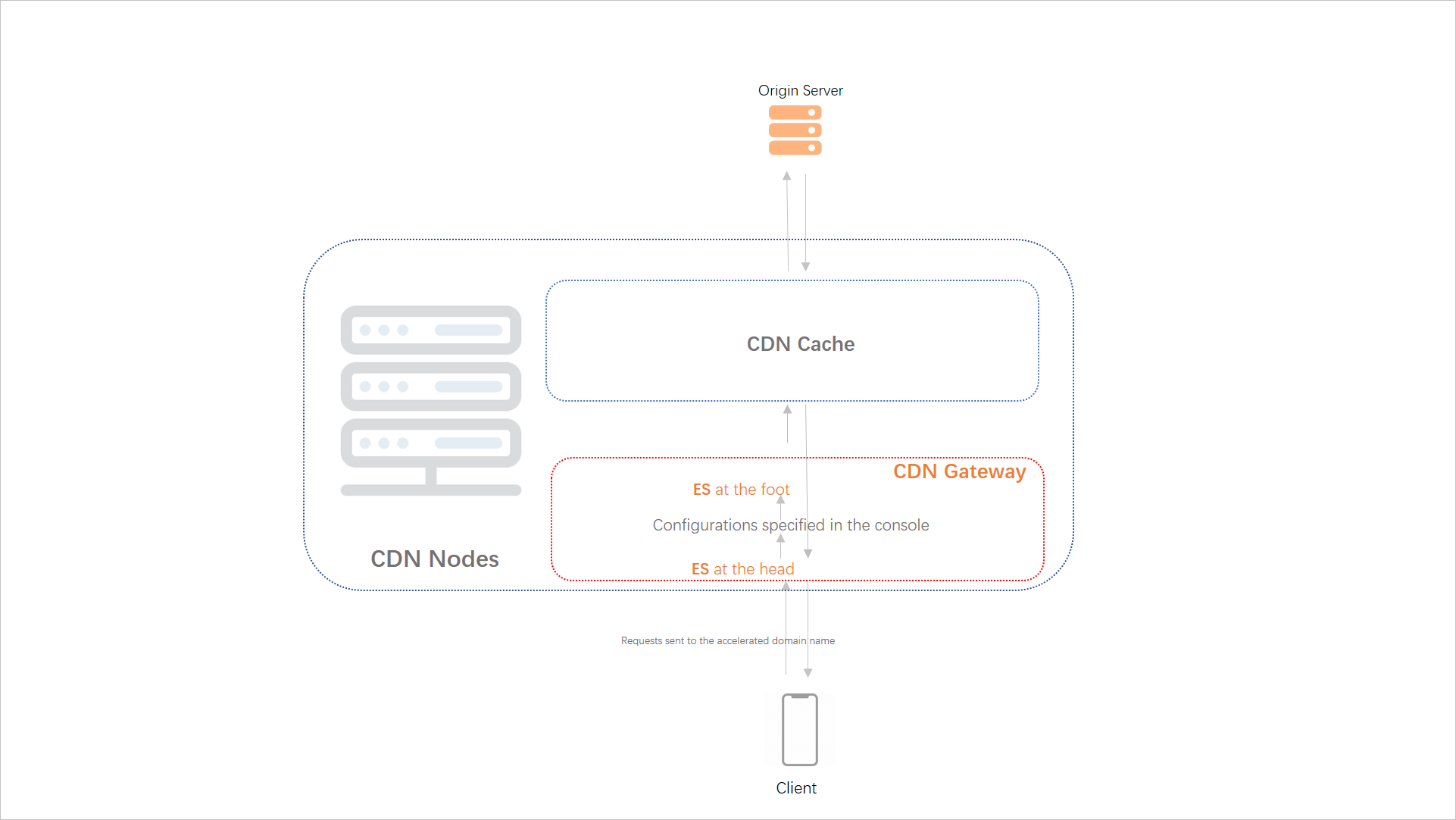 The execution and termination of scripts are defined based on the following rules:
Previous: Overview Next: Use EdgeScript to create a script