16,650 1
Smart home is one of the most prominent application of IoT, and many companies have invested heavily in this field. 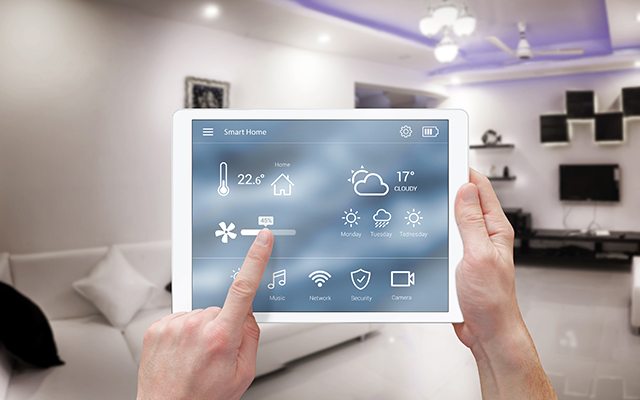 Typically, a home network is secured with passwords to limit unauthorized access. However, the method in which the passwords are stored and communicated plays a vital role in determining the robustness of the network security.

If the communication between the Client and SmartHost is in plain text, security is at risk. If a hacker accesses the home LAN, the hacker can snoop network packets and easily manipulate the devices in the house.

If the hacker snoops the communication, the hacker can simulate the Client to log on to the system.

Because the communication is in plain text, it is easy the communication protocol between the Client and SmartHost to be analyzed. After stealing the account number and password of the user, the hacker can take full control of the household system.

Defense Level: V – The system can only defend against attacks from unauthorized users. However, the password is easily accessible since it is not encrypted.

The above problem lies in the data transmission using plain text, which can be analyzed easily. Instead, we can use a specific key to encrypt the data for extra security.

As shown below, () indicates that the contents have been encrypted with a static key.

Because the communication is in the ciphertext, it is difficult for the hacker to understand the contents. However, as long as the hacker records the dialog and replays it, the hacker can still pretend to be the Client.

As a result, the door will open.

The hacker does not know the specific contents of the communication between the Client and the SmartHost. However, the hacker could simulate the "voice" of the Client to communicate with the SmartHost, assuming full control of the Device.

We can make a minor improvement to deal with the above attack. In general, the hacker will not execute the command immediately after he snoops it. Instead, he will execute the command when the host is not physically present at home. Therefore, we can add a field in the ciphertext called Timestamp.

The hacker snooped the whole process but was not aware of the contents, particularly the timestamps. When the host leaves the house, the Hacker would launch an attack at 21:09.

Defense Level: VVV – This method can defend against most disguised command attacks but is limited to the time range defined in the system.

During the communication, a serial number, Serial:xxxxxxx, is generated randomly. When the receiver receives the command, it will check the SerialTable to see if there is xxxxxxxxx within five minutes.

Since the system only stores the serial number for five minutes, it will not cause a high load for table query.

When used together with the time stamp, the disguised command attack of the hacker can be prevented.

Similar to the timestamp, the hacker cannot modify the timestamp and serial fields because he cannot read the contents. When a copied packet is re-sent, it is bound to fail.

Although the methods above seem perfect, they depend on three premises:

To prevent inverse operations, we can adopt internationally recognized encryption algorithms to encrypt the message, such as the AES in OpenSSL.

However, there is no immediately available solution to prevent third parties from obtaining the encryption algorithm and the key of the communication.

There are two possible solutions to prevent the problems mentioned above.

However, it is easy to retrieve the encryption key because it is stored plain text. For example, running this command lists all plaintexts in the library:

Even when the core developer did not disclose the key, the Hacker can still carry out strings analysis on the program with a SmartHost to retrieve the static key.

Therefore, the key must be generated dynamically. For example:

The data encrypted with unique key is indicated with [] below.

SmartHost Logging on to the Server

To search for SmartHost

The unique key encryption is applied to subsequent interactions with the SmartHost.

When the md5sum of the password is used as the unique key for communication, timestamp and serial verification will be conducted by default.

The encryption level is very low at the time of registration.

For hackers who do not understand the communication protocol, the packet replay attacks are useless.
The hacker in this example is assumed to be very familiar with the protocol. Suppose the hacker:

There are three methods in which the hacker can access the LAN of the SmartHost:

Security is a key element in smart home and should never be taken lightly. From the above examples, the most feasible attack method is using a Trojan app. By using this method, the hacker bypasses all security measures because the unique key of the SmartHost, as well as the user's account number and password are available on the mobile phone. Therefore, users must also take extra precautions when installing apps from unreliable sources to prevent a Trojan attack.

Interesting Zigbee.... But we have many like Wifi, lora, bluetooth, ble....besides...and it can complicate the compatibility issue.