Container-based virtualization is a type of virtualization technology. Compared with a virtual machine (VM), a container is lighter and more convenient to deploy. Docker is currently a mainstream container engine, which supports platforms such as Linux and Windows, as well as mainstream Docker orchestration systems such as Kubernetes (K8S), Swarm, and Rocket (RKT). Common container networks support multiple models such as Bridge, Overlay, Host, and user-defined networks. Systems such as K8S rely on the Container Network Interface (CNI) plug-ins for network management. Commonly used CNI plug-ins include Calico and Flannel.

This section introduces the working principle of traditional container networks.

CNI is an open source project managed by the Cloud Native Computing Foundation (CNCF). It develops standards and provides source code libraries for major vendors to develop plug-ins for Linux container network management. Well-known CNI plug-ins include Calico and Flannel. Calico implements protocols such as BGP through Flex/Bird, and stores them into a distributed in-memory database to establish a large Layer 3 network, enabling containers on different hosts to communicate with containers on different subnets without sending ARP. 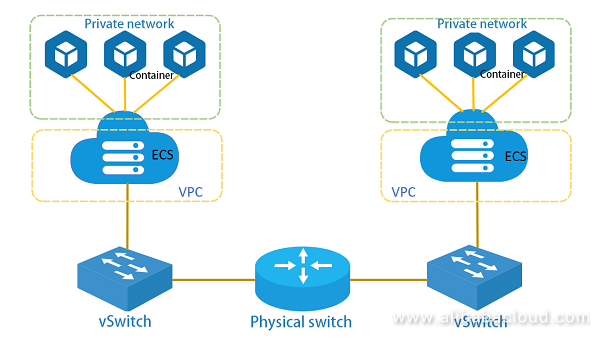 Smart home is one of the most prominent application of IoT, and many companies have invested heavily in this field. 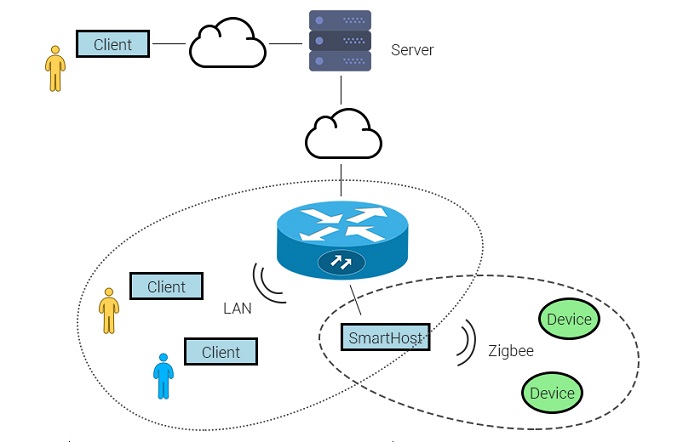 Wu Hanqing, Chief Security Researcher at Alibaba Cloud, talks about the various security measures to ensure the success of the Double 11 Shopping Festival.

Often times we talk about the impressive computing power needed to support a large-scale e-commerce event such as Alibaba's annual Double 11 Shopping Festival (Singles' Day). However, you probably won't notice the challenges of protecting data, not only for the customers but also for the organization, at such a scale.

The man responsible for ensuring the security of Double 11 is Wu Hanqing, Chief Security Researcher at Alibaba Cloud, who is better known as "Brother Dao". In this article, Brother Dao will talk about Alibaba Cloud's various security measures to ensure the success of the Double 11 Shopping Festival.

Wu Hanqing, also known as "Brother Dao", is a Chief Security Researcher at Alibaba Cloud. He has been involved in security technologies in 2000 and has been active in China's security community ever since. Wu joined Alibaba in 2005, becoming one of the early contributors to Alibaba security. He designed the application security systems of Alibaba.com, Taobao, Alipay, and Alibaba Cloud. From 2012 to 2014, Wu acted as a partner of Anquanbao and started his own business, committed to providing better cloud security products and services. He returned to Alibaba in 2014, becoming the lead of Alibaba Cloud Security. He wrote a book titled "Web Security Lessons by a White Hat Hacker", and opened his personal WeChat account / public Zhihu account called "Brother Dao's News".

Could you briefly introduce Alibaba Cloud Security to the readers?

The senior director of the Cloud security department at Alibaba Cloud discusses the idea of next-gen enterprise security architecture designs based on cloud-native tech.

"With development of the digital economy, an increasing number of enterprises are migrating their business to the cloud. With this move, enterprises are building next-generation enterprise-level security architecture designs based on cloud-native security technologies, upgrading from a flat architecture to a three-dimensional architecture. With this move, the benefits of cloud-native security technologies will be maximized," said Xiao Li, Senior Director of Cloud Computing Security Department, Alibaba Cloud Intelligence, at the Cloud Security Summit on September 27, 2019 during the Apsara Conference.

During the summit, Xiao Li stressed that cloud-native security technologies will be embedded in every module of the enterprise security architecture, which will help to improve the overall security of the system.

At the summit, Xiao Li released the Alibaba Cloud Security White Paper 4.0, in which the core capabilities required for the next-generation enterprise security architecture designs from the perspective of five horizontal systems and two vertical systems were described.

From the horizontal perspective, users need to build five systems. These five systems form a bottom-up security architecture that is tailored towards users' business requirements. The security of the Cloud platform serves as the base layer, upon which the basic security, data security, application security, and business security layers on the user side are stacked on top of each other. Cloud-native security technologies can be implemented in each module of this architecture in the form of product functions or security services, allowing enterprises to enjoy various advantages, such as higher performance, stronger scalability, and more intelligent defense, of cloud-native security technologies.

The growth of cloud-native security brings about boundless benefits to the public and enterprise users alike, making the "unified" security model an inescapable trend. In response to this trend, Alibaba Cloud has applied cloud-native security technologies in their products and services that are provided to cloud-based enterprises, and recommends such best practices to the industry.

This course is associated with Network Series Courses. You must purchase the certification package before you are able to complete all lessons for a certificate.

For the security measures of the host on the cloud, we need to consider more factors, such as the configuration of the firewall inside the host, as well as various settings related to operating system user management and privilege management. Only by understanding and correctly configuring the security settings inside these hosts you can better cooperate with various cloud security products. This course is designed to help you better understand these security setup and learn how to properly configure them to maximize the security hardening of hosts on the cloud.

Through this course, you can understand the functions and usage scenarios of Alibaba Cloud Network products, and be able to use basic service functions. Study Now

This topic describes how to connect network instances by calling CEN API actions.

Connect network instances in the same region under the same account

Connect network instances among different regions under the same account

Simple Application Server has built-in firewalls which opens ports 22, 80, and 443 by default, and closes others. You can configure which ports to open.

Simple Application Server uses VPC by default, and all instances of one user are deployed in one VPC, which guarantees an isolated networking environment of each user.

For now, one user’s cloud products on different VPCs cannot be connected. For example, your Simple Application Server cannot access your RDS on another VPC.

A unified security management system that identifies, analyzes, and notifies you of security threats in real time.

A Guide to Data Visualization Definition, Tools and Examples