20,256 0
"Sharding is a common method for distributing data across multiple machines to meet the very real demands of big data growth.

Sharding is a common method for distributing data across multiple machines to meet the very real demands of big data growth. In this article, I aim to focus on the routing policy for write operations in a MongoDB sharded cluster as well as discussing some of the challenges encountered after a config server is converted into a replica set.

To set the tone, here’s a basic visual illustration of a MongoDB Sharded Cluster: 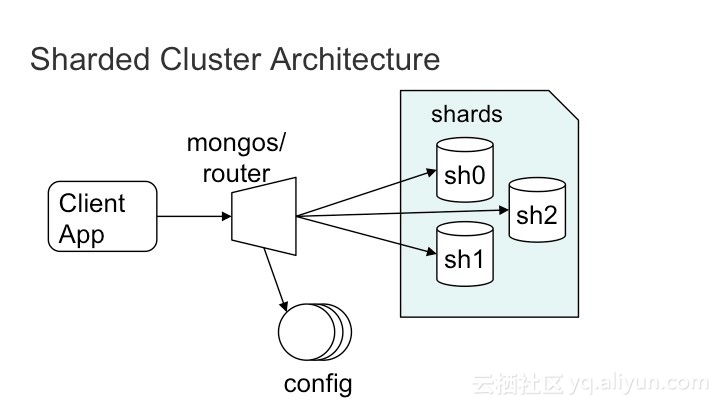 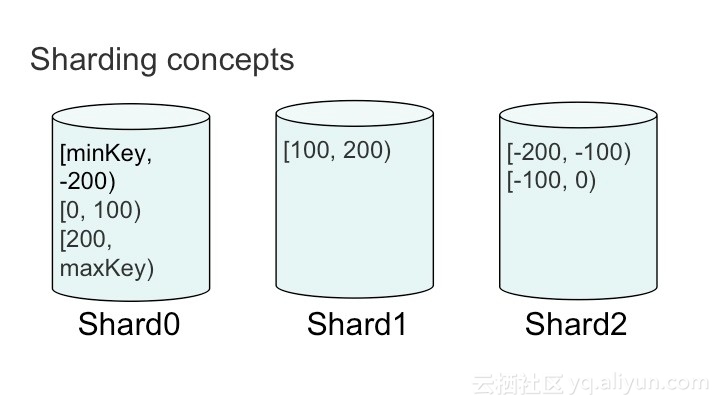 The following figure shows a route table similar to that of the config server. 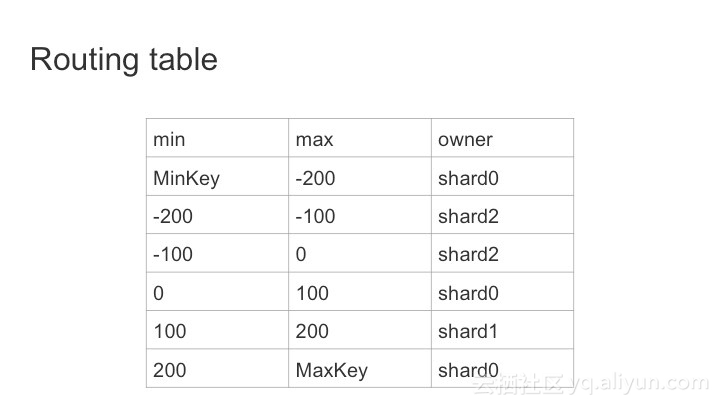 When a new file is written, Mongos obtains the route table from the config server to the local server. If the {shardKey:  150} file is to be written, the request is routed to Shard1 and data is written there.

After obtaining the route table from the config server, Mongos stores it in the local memory, so that it does not need to obtain it again from the config server for every write/query request. In a sharded cluster, Mongos automatically migrates chunks among shards for load balancing (you can run the moveChunk command to manually migrate chunks). After a chunk is migrated, the local route table of MongoDB becomes invalid. In this case, a request may be routed to a wrong shard. The question here is, if this happens, how can we solve this problem?

In MongoDB, a version is added to a route table. Let’s assume that the initial route table records 6 chunks and the route table version is v6 (maximum version value among the shards). 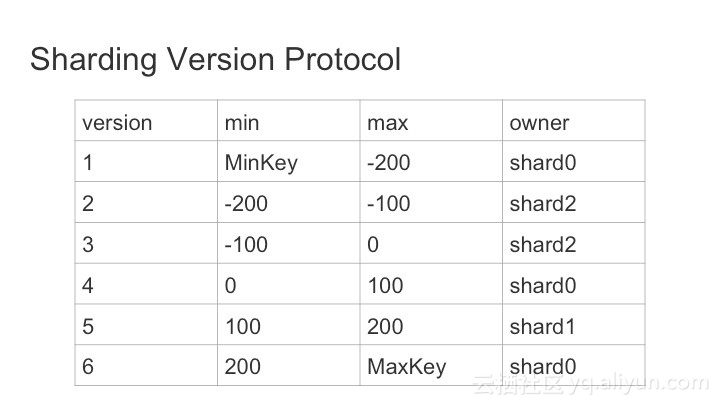 After the chunks in the [0, 100) range are migrated from shard0 to shard1, the version value increases by 1 to 7. This information is recorded in the shard and updated to the config server. 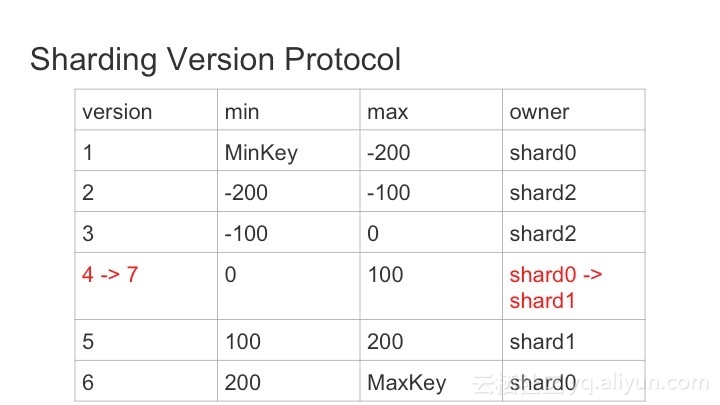 Here are a few diagrams to illustrate this: 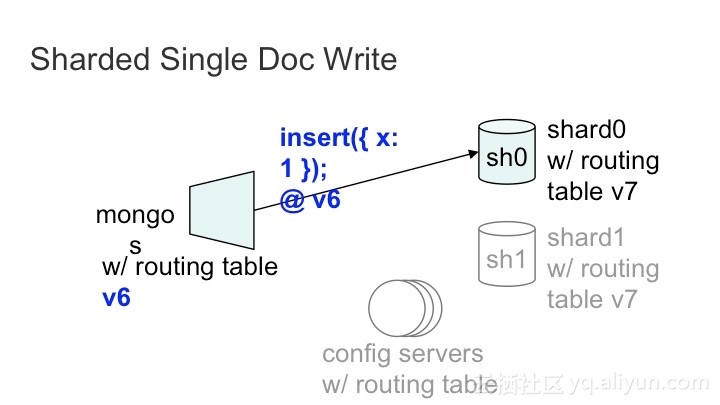 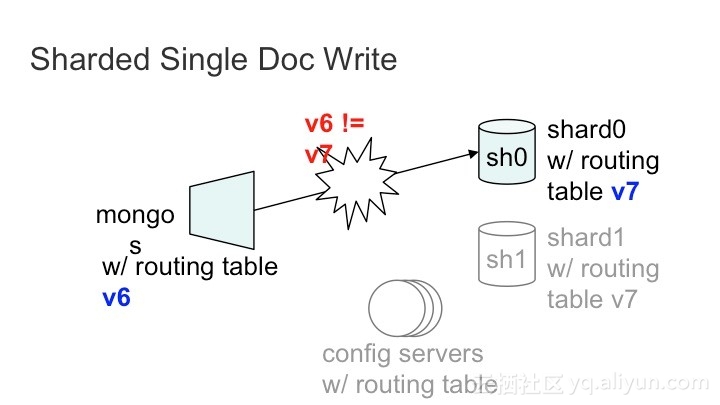 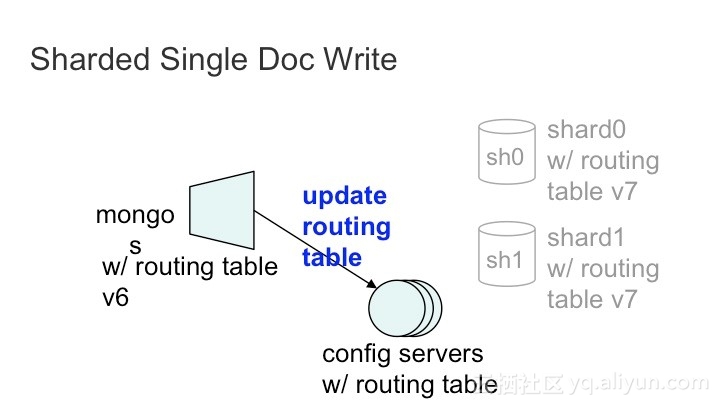 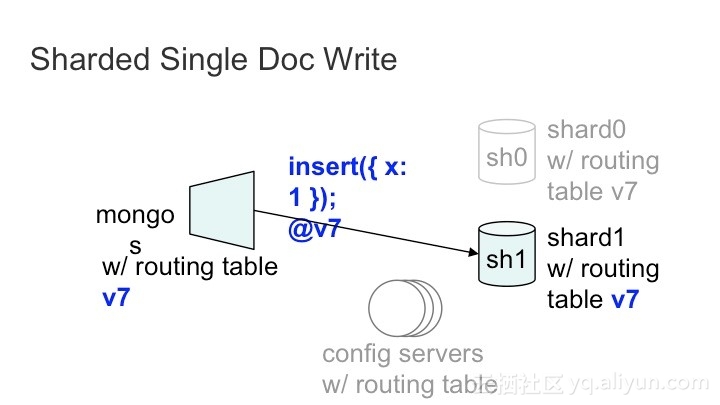 The above-mentioned versions are used only for used for introducing the principle. In MongoDB 3.2, a version number is expressed using the (majorVersion, minorVersion) 2-tuple. After a chunk is split, the values of all the chunk minor versions increase. When a chunk is migrated between shards, the value of the major version of the migrated chunk increases on the destination shard and the value of the major version of a chunk selected on the source shard increases as well. In this case, Mongos knows that the version value has been increased whenever it accesses the source or destination shard.

In MongoDB 3.2, the mirrored nodes of the config server are replaced by replica sets. In this case, the sharded cluster encounters some implementation challenges due to the replication features. Here are two main issues you may face:

Issue 1: the data on the original primary node of a replica set may be rolled back. For Mongos, this means that the obtained route table is rolled back.

To address the first challenge, MongoDB 3.2 is added with the ReadConcern feature, which supports the local and majority levels. The local level indicates common read operations, while the majority level ensures that the data obtained by an application has been successfully written to most members of a replica set.

To address the second challenge, MongoDB is added with the afterOpTime parameter in addition to the majority level. Currently, this parameter applies within a sharded cluster to specify that the time stamp of the latest Oplog of the requested node must be later than the time stamp specified by afterOpTime. 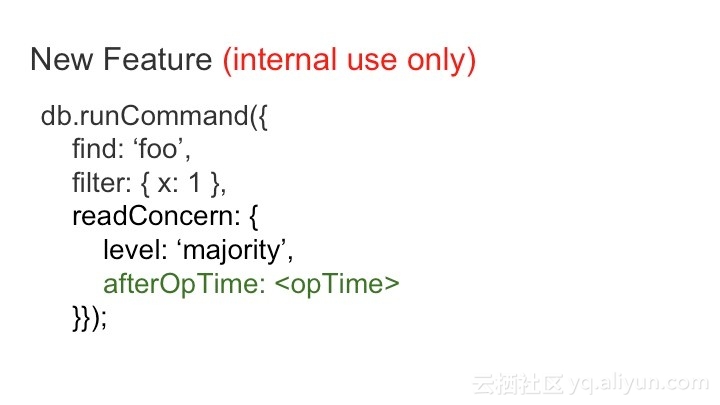 When Mongos sends a request that carries route table version information to a shard and the shard finds that its route table version is later than Mongos' (chunk migration has occurred), the shard will instruct Mongos to obtain the latest route table and notify Mongos of its optime when the config server is updated after chunk migration. When sending a request to the config server, Mongos sets readConcern to majority and sets the afterOpTime parameter to prevent obtaining an outdated route table from the secondary node. 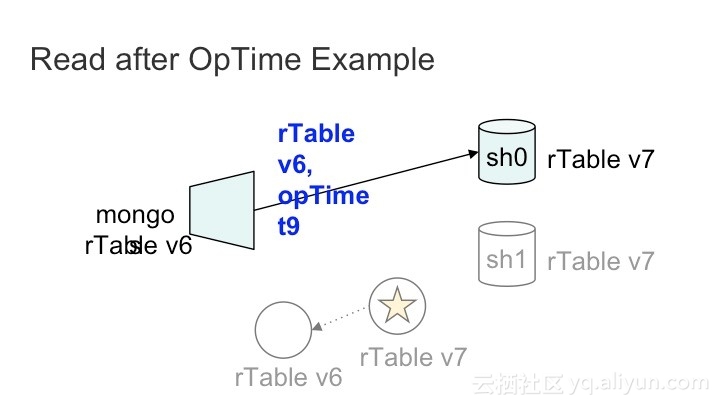 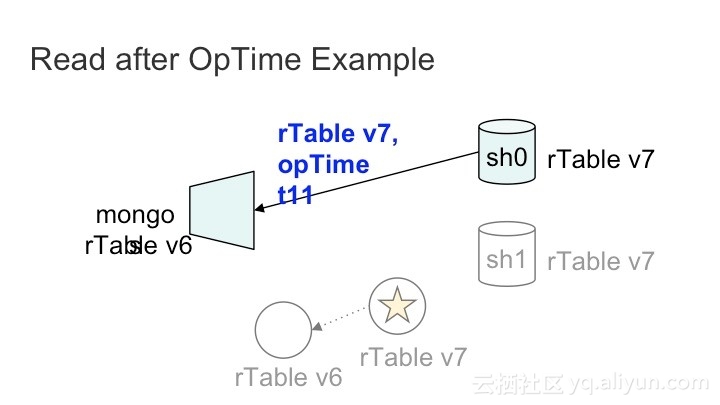 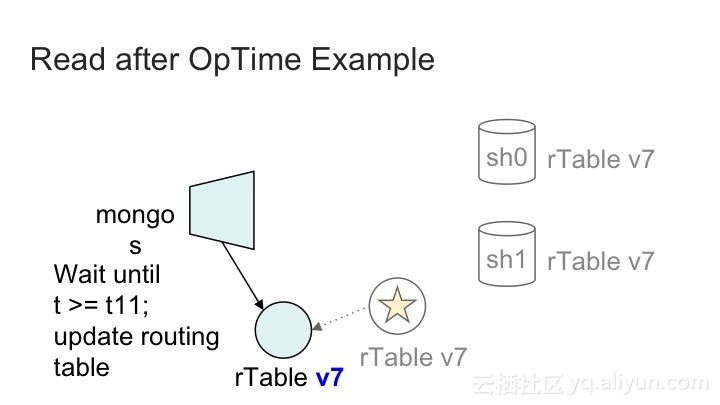