20,343 0
The internet industry has been constantly changing market demands and products, forcing organizations to adapt by making constant deliveries and updates to their production environment. This post is the first part of the series "Changing the Way of Continuous Delivery with Docker" and discusses the background, challenges, and processes involving Docker. Docker is a service for reformed continuous delivery. In the second part of the series, we will explore the method of using Docker along with its delivery processes.

The internet industry has been constantly changing market demands and products, forcing organizations to adapt by making constant deliveries and updates to their production environment. This new approach to development is known as Continuous Integration (CI) and Continuous Delivery (CD), which combines and converts development, production and delivery processes into a cyclical process.

However, this approach introduces several problems in the long run. One such problem is the difficulty of transferring obscure production environments to successors who have limited experience with the environments.

Furthermore, debugging that occurs in the production environment prior to the final production launch is an obstacle. It is not only hard to maintain but also requires constant updates because demands and products are persistently changing. 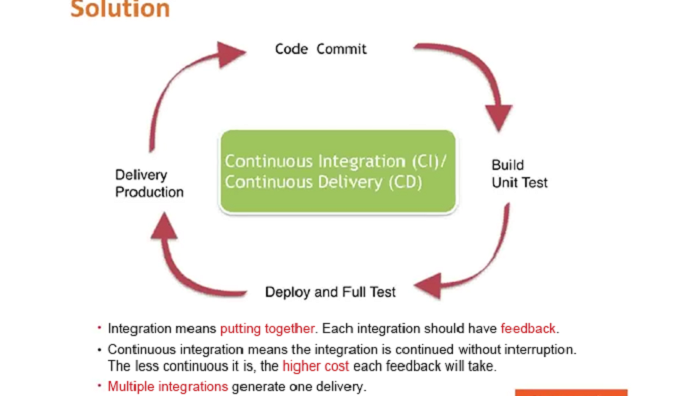 Feedback must be promptly traced back to the point of development so that the developers can know what to do next. Additionally unit tests should be kept separate from system function or integration tests. This is because the speed of these tests varies, and the tests generate different types of feedback.

Problems may occur even if a complete continuous integration system environment is built systematically. Developers may even rely on different language environments or packages, causing conflicts in compiling environments and difficulties in maintenance. 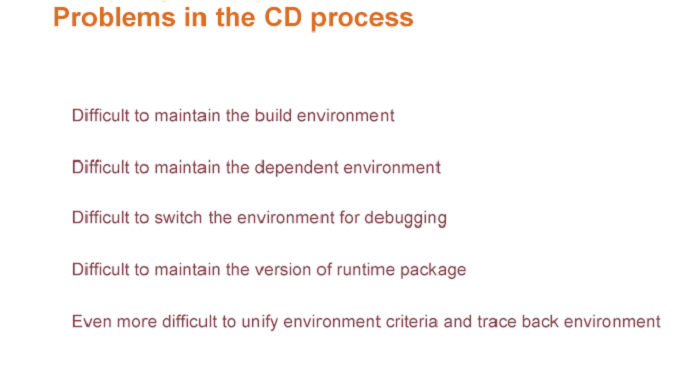 A majority of problems arise because developers only deliver code and related dependencies, while operations, in reality, also require an operating environment, environmental description, dependencies, databases, and cache. 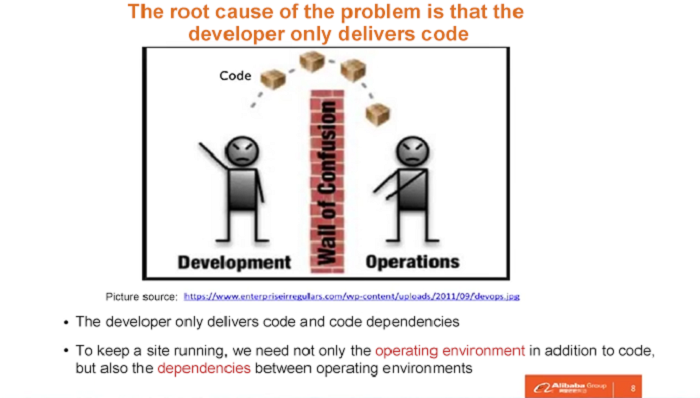 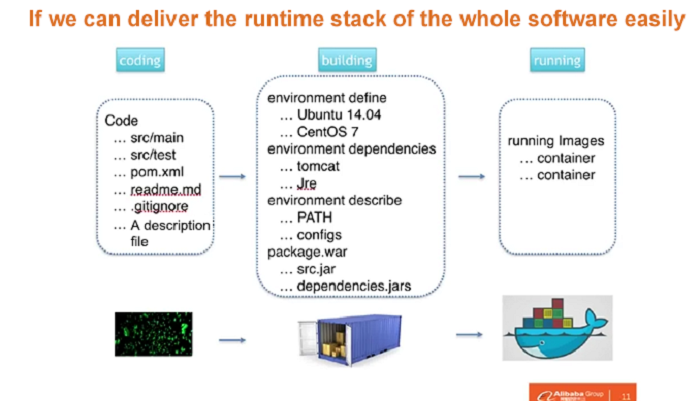 In Docker, all information required for the generation of the environment is included in the delivered code. The code contains a description file that describes the environment as well as its dependencies, caches, configurations, variables, containers, and jar packages.

This approach is analogous to packing a code and all other required components into a container, and delivering the container to the operations team. The core feature of this container is its portability. Since the container includes all environmental dependencies, we can realize the same result regardless of the operating environment.

Before Docker came into being, there were many specification constraints to creating containers. Docker is not only a software but also a new approach to implementing containers.

Docker is a Container Technology

In virtualization technology, hardware and software are virtualized into virtual machines. Each virtual machine is a complete operating system that is well isolated but may require several minutes to start.

The major difference of the container technology from the traditional virtualization technology lies in the fact that all containers lack a complete operating system layer and use the OS kernel of the parent machine as their own.

BBC News is a global news website company with over 500 developers distributed around the world. It has more than ten CI environments, as it uses different languages in different areas of the world. BBC News had to figure out how to unify the coding processes and manage the CI environments uniformly. The existing jobs took up to 60 minutes to schedule and run, and they were run sequentially. With Docker, the jobs are now run in parallel, significantly speeding up the process. Furthermore, by using containers, the developers do not have to worry about the CI environments.

In the next part of this post, we will examine how to use Docker and describe its build and UT environment.