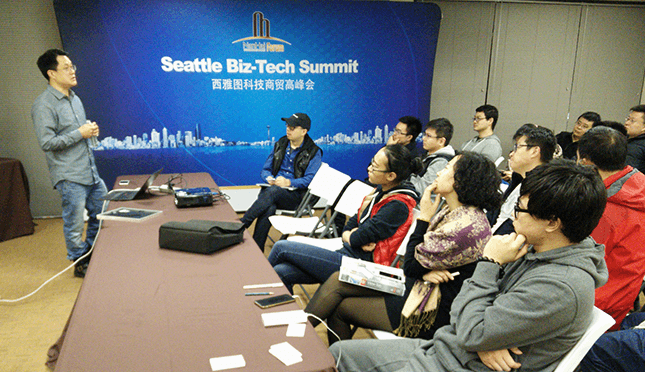 The Seattle Entrepreneurship Club (SEC) is a non-profit organization founded in April 2008. SEC aims to join high-level entrepreneurial talent and teams from the Seattle area and North America generally to create a communication and cooperation platform linking entrepreneurial talent and teams, venture investors, and professionals from various fields. They want to offer a diverse range of services to help all parties find success, thereby promoting the development of entrepreneurship in Seattle and North America. At the same time, SEC also focuses on organizing cooperation between different industries and fields in China and Seattle, to jointly promote corporate, talent, and cultural exchanges between China and the U.S. Since its founding, SEC has already attracted more than 1,000 entrepreneurial enthusiasts to join and continues to grow.