The Malaysia City Brain initiative is a significant milestone because it’s the first time for the City Brain solution to be adopted overseas. It is developed on Alibaba Cloud’s robust cloud computing infrastructure and will support Malaysia’s digital transformation with cloud technology and artificial intelligence.

Powered by Alibaba Cloud’s large-scale computing engine Apsara, Malaysia City Brain offers a comprehensive suite of acquisition, integration, and analysis of big and heterogeneous data generated by a diversity of sources in urban spaces through video and image recognition, data mining and machine learning technology. The power and functionality of the City Brain will enable Malaysian urban planners and city officials to upgrade their city governance and decision-making to turn the city into an intelligent one.

In the first phase of the program, the capital Kuala Lumpur will roll out the Malaysia City Brain for use in traffic management to improve mobility in the city. With its massive cloud computing and data processing capabilities, the City Brain can optimise the flow of vehicles and traffic signals by calculating the time to reach intersections. It will also be able to generate structured summaries of data, such as traffic volume and speed in particular lanes, which can be used to facilitate other tasks including incident detection.

In addition, City Brain can connect with various urban management systems including emergency dispatch, ambulance call, traffic command, and traffic light control. By integrating and analysing real-time data generated from these systems, City Brian can optimize urban traffic flow such as by identifying the quickest route for emergency vehicles to arrive at the scene within the shortest time frame.

As the City Brain’s functionality expands, enterprises, start-ups, entrepreneurs, universities, and research institutions will in the future also have the opportunity to access and leverage its artificial intelligence tools to drive a wide range of innovation.

On the crucial integration of artificial intelligence, Simon Hu, Senior Vice President of Alibaba Group and President of Alibaba Cloud, commented: “Cloud computing, data technology and AI has become fundamental tools for all companies and organizations to operate effectively. Building on this partnership, we are happy to see Malaysia become the first country outside of China to adopt the City Brain. Through the program, we aim to empower all Malaysian stakeholders in both the public and private sectors with the tools to enhance efficiency, advance innovation and succeed in the digital age. For Alibaba Cloud, this is the true meaning of inclusive technology.”

Dato’ Yasmin Mahmood, Chief Executive Officer of MDEC, said: “The collaboration with Alibaba Group is another leap towards digitizing Malaysia where knowledge-sharing and the crossover of best practices transpire. As we set our sights on the future, we are excited about the prospects this partnership will bring to our community, and benefiting Malaysians with the tangible results of digital solutions.”

The Malaysia Tianchi Big Data Program will be integrated into Alibaba Cloud’s Tianchi global community which already boasts over 120,000 developers and 2,700 academic institutes and businesses from 77 countries and regions. By participating in these big data competitions, Malaysian experts will compete with, and learn from, counterparts across the globe to develop best-in-class data technology, keeping Malaysia at the forefront of the global digital economy.

Malaysia City Brain and Tianchi are just the latest step in a successful partnership between Alibaba and MDEC. In March 2017, Alibaba Group announced the setup of the first overseas e-hub under Electronic World Trade Platform (eWTP) in Malaysia. Alibaba Cloud has made significant progress on this endeavour since. In October 2017, Alibaba Cloud opened a data center in Malaysia, which became the first global public cloud platform in the country. The data center provides Malaysian enterprises with a local choice to build their businesses on a powerful, reliable and secure cloud platform.

Established in 2009, Alibaba Cloud (www.alibabacloud.com), the cloud computing arm of Alibaba Group, is among the world’s top three IaaS providers according to Gartner, and the largest provider of public cloud services in China, according to IDC. Alibaba Cloud provides a comprehensive suite of cloud computing services to businesses worldwide, including merchants doing business on Alibaba Group marketplaces, start-ups, corporations and government organisations. Alibaba Cloud is the official Cloud Services Partner of the International Olympic Committee. 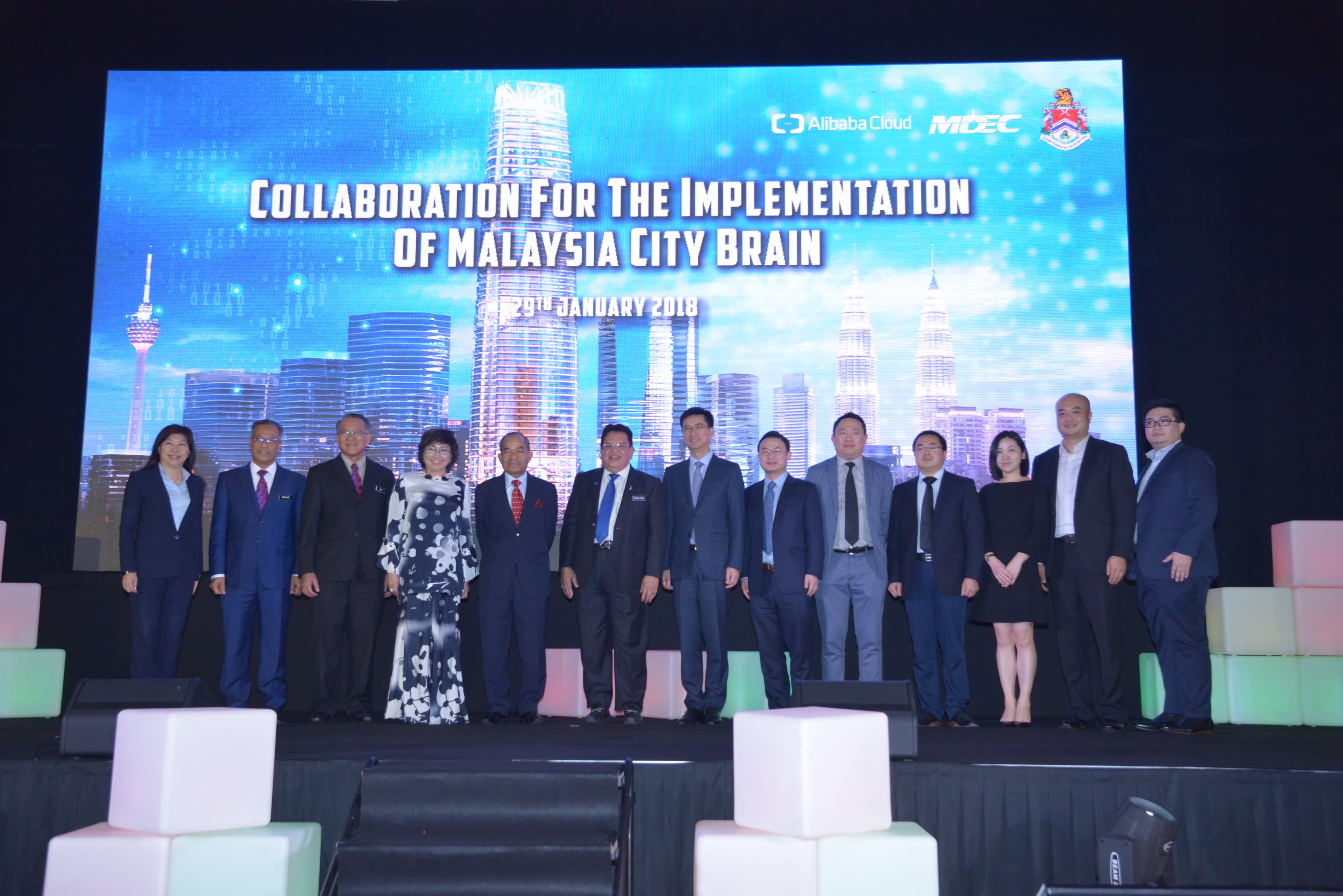