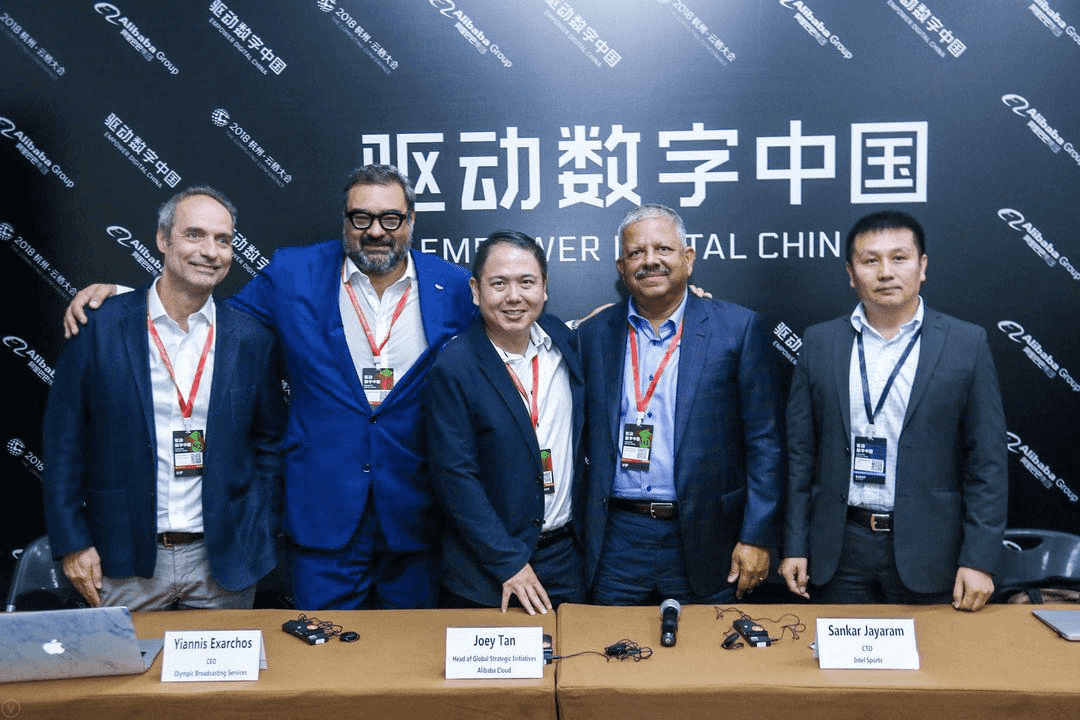 Hangzhou, China, September 19, 2018 – Olympic Broadcasting Services (OBS) and Alibaba Cloud, the cloud computing arm of Alibaba Group, announced today the launch of OBS Cloud, an innovative broadcasting solution that operates entirely on the cloud, to help transform the media industry for the digital era. Set to be in place for Tokyo 2020, the OBS Cloud aims to offer all the necessary cloud components, in specialized configurations, that can support the extremely demanding content production and delivery workflows of the broadcasting of the Olympic Games.

Tokyo 2020 will be a game-changer for broadcasters as it showcases new possibilities for the industry by presenting solutions on the cloud. The use of cloud technologies has been gradually adopted for content creation and distribution purposes in broadcasting, however the extremely demanding requirements for volume, speed and latency that are inherent in live sports broadcasting of major events have kept the use of the cloud at a very low level, despite its multiple advantages. Apart from providing inherent flexibility and scalability, the use of the cloud may also help with the limited time frame that broadcasters have to set up, test and commission their on-premises systems. Traditionally, broadcasters of the Olympics have only been able to implement and test their equipment upon arrival at the International Broadcast Centre (IBC) in the host city, and the physical space dedicated to broadcasters on site has always been in high demand.

As the host broadcaster, OBS can now provide most of the visual and audio assets of the Olympic Games to all Rights Holding Broadcasters (RHBs) through the new cloud platform efficiently, effectively and securely. Broadcasters can also set up their own content creation, management and distribution systems on OBS Cloud, a solution that has been optimized to address the particular needs of the most demanding live multi-sport workflows.

Also announced today was a partnership aimed at advancing the digital transformation of the Olympics and delivering volumetric content over the OBS Cloud for the first time at the Olympic Games Tokyo 2020. Intel, also an Olympic TOP Partner, will collaborate with Alibaba and OBS to explore a more efficient and reliable delivery pipeline of immersive media to RHBs worldwide that will improve the fan experience and bring them closer to the action via Intel's volumetric and virtual reality technologies

Additionally, the live media service on OBS Cloud allows RHBs to experiment with new program ideas in a secure sandbox environment or conduct interactive event broadcasts, accelerating the digitization of the coverage during the Games.

After the Games, RHBs will also have the flexibility to move their deployment home or keep the asset within the OBS Cloud for future Olympic events.

"We are very pleased that Alibaba Cloud has come up with this innovative and powerful approach to Olympic broadcasting. As the host broadcaster of the Olympic Games, we at OBS see ourselves as a leader in transforming the media industry," said Yiannis Exarchos, CEO of OBS. "Tokyo 2020 will be an opportunity for the International Olympic Committee to champion digital transformation in the media industry, as well as empowering broadcasters around the world with a cloud platform that delivers new possibilities for how the Games are enjoyed by fans around the world."

Joey Tan, General Manager of Global Strategic Accounts and Sports Business Unit, Alibaba Cloud said, "The future of the Olympic Games is in cloud technology and Alibaba Cloud is fully committed to contribute to the digital transformation of the Olympic Games through innovation. This partnership with OBS is an exciting initiative to expand the reach and accessibility of the Olympic Games content and ultimately stimulate a rethink on how the media industry operates in a digital era. We are excited to create a new standard in broadcasting and a more enjoyable experience for audiences around the world during Tokyo 2020."

Jay Sankar, CTO and Head of Product of Intel Sports, commented, "Sports fans today are seeking more immersive and engaging experiences. Intel's partnership with Alibaba Cloud and OBS is aimed at delivering these ground-breaking experiences to Rights Holding Broadcasters and fans in a seamless, efficient manner over the OBS Cloud, powered by the most advanced Intel Xeon Scalable processors".

The partnership between Alibaba Group and the International Olympic Committee began in January 2017 when the two parties signed a long-term strategic agreement that will help transform the Olympic Games for the digital era. Alibaba is now serving as the official "Cloud Services" and "E-Commerce Platform Services" partner.

Olympic Broadcasting Services (OBS) was created by the International Olympic Committee (IOC) in 2001 in order to serve as the Host Broadcasting organisation for all Olympic Games. As Host Broadcaster, OBS is responsible for delivering the pictures and sounds of the Olympic Games to billions of viewers around the world. It produces and transmits unbiased live radio and television coverage of every sport from every venue, as well as content and data specifically designed for digital and social media delivery.

OBS has developed a consistent approach across all Olympic operations while at the same time optimising resources to continually improve the efficiency of the Host Broadcast operation. OBS does so to ensure that the Games' Rights Holding Broadcasters (RHBs) are satisfied with the overall production of the Olympic Games and that the impact of the broadcast footprint on the host city is as minimal as possible.

A Free Trial That Lets You Build Big!