Server Guard has been upgraded and integrated with Security Center that provides unmatched server protection and unified security operation center.

Unified Security Management Allows you to manage the security status of all hosts in the console. Manage Server Guard on Different Platforms in One Console

As more applications have been migrated to the cloud, asset security requires a unified management system. The security statuses of ECS instances must be visualized and managed, in order to lower the security risks and management costs. 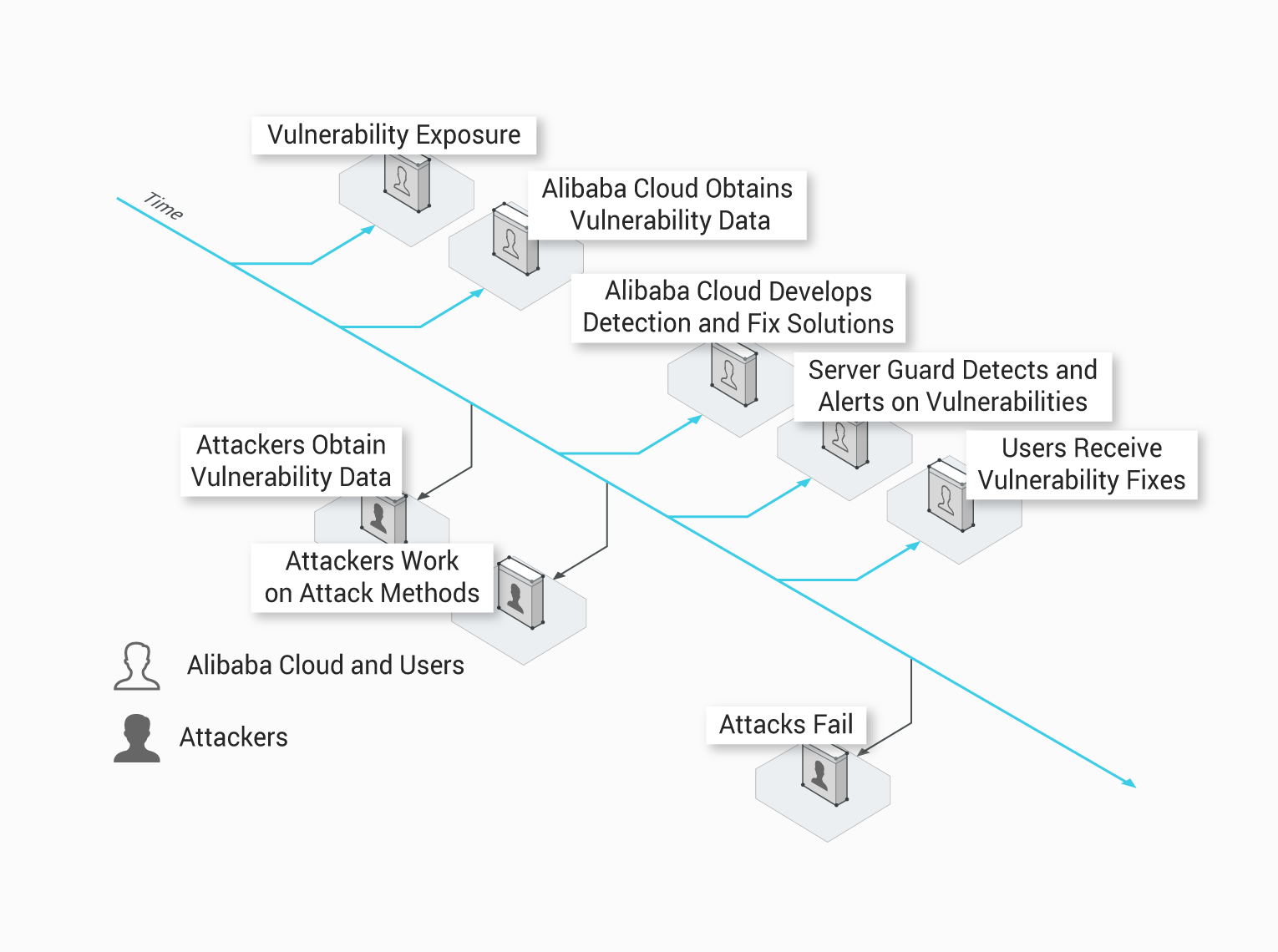 Once a zero-day vulnerability is exposed on your system, to prevent security issues, you must locate and fix the vulnerability before attackers launch attacks on your servers.

Host security is an important part in a defense-in-depth security system. For example, malicious traffic may not pass through your network boundaries, which are protected by network security systems. Attacks may be initiated from inside the corporate network or through VPN connections. Such attacks within the boundaries of your networks are not captured. Therefore, you need to implement protection at host level.

Get Started for Free