Under Attack? Get Free Security Support 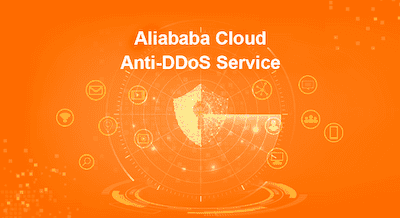 Anti-DDoS service is based on Alibaba Cloud's global scrubbing centers, combined with intelligent DDoS detection and protection systems developed at Alibaba, automatically mitigates attacks and reinforce the security of your applications, reduce the threat of malicious attacks.

Global DDoS Protection Network for Volumetric Attack Mitigation As the DDoS protection system for Alibaba Group, Alibaba Cloud Anti-DDoS products have been deployed to scrubbing centers across the globe, serving as a secure network with over 10 Tbit/s total mitigation capacity. Alibaba Cloud Anti-DDoS mitigates around 2,500 DDoS attacks on a daily basis and succeeded in protecting against a DDoS attack of 1 Tbit/s.

Intelligent Protection against sophisticated attacks As an AI-Enabled DDoS protection system developed based on big data and machine learning, Alibaba Cloud Anti-DDoS can automatically mitigate sophisticated DDoS attacks and quickly adjust protection policies based the specific circumstances of an attack. This can help you effectively lower operations and maintenance costs and ensure the stability of your businesses. 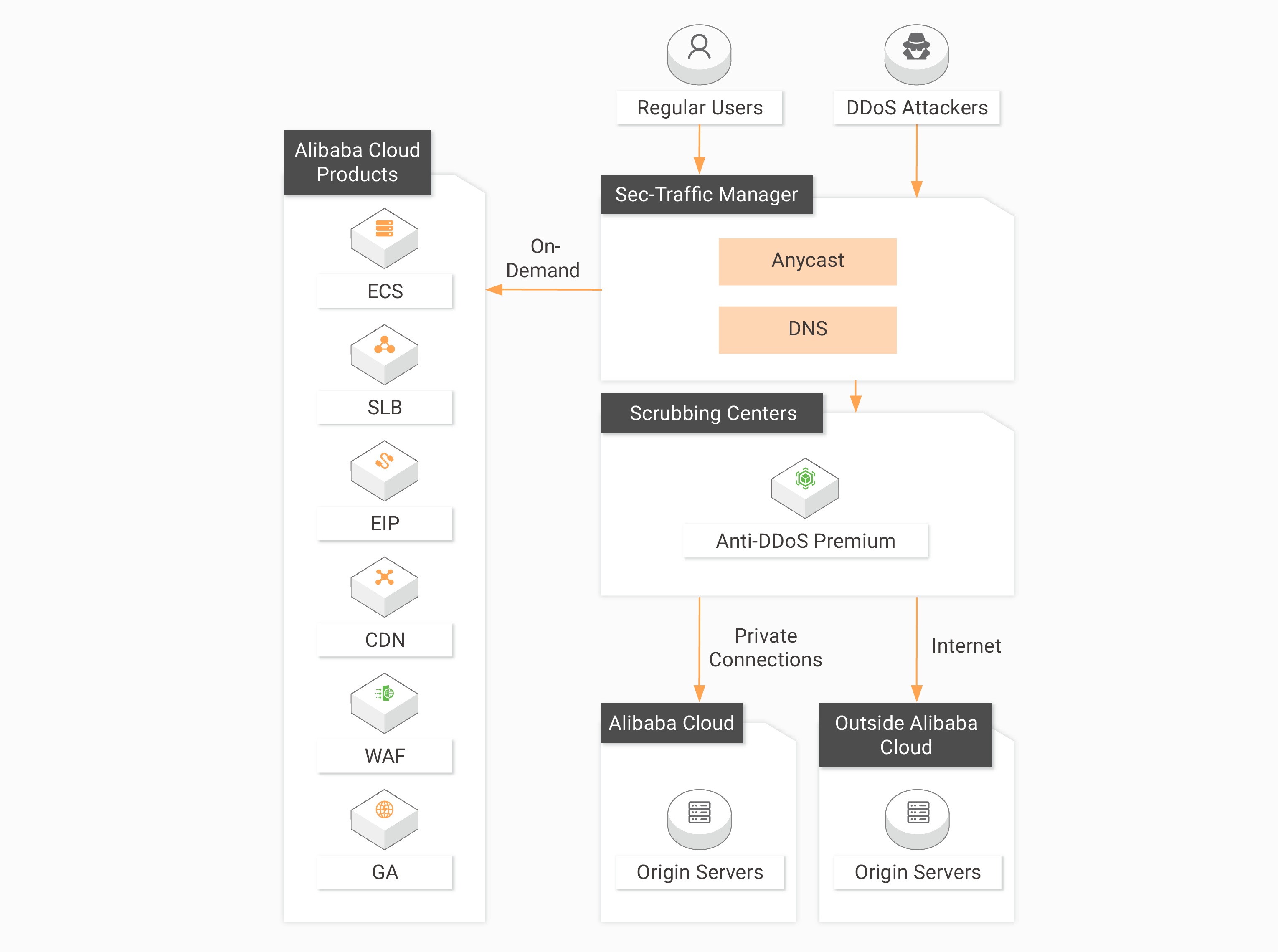 Comprehensive Protection
Anti-DDoS Premium provides protection at the network, transport, and application layers to mitigate a large variety of attacks.

Protection Resource Sharing
The protection resources by Anti-DDoS Origin can be shared among cloud services under your account to help you quickly upgrade the overall network security. Attack Tracing
Based on the client runtime information, clustering algorithms are used in GameShield to precisely trace attacker information and automatically quarantine attackers within a few seconds. DDoS Protection Can Resolve These Issues

The scrubbing center in each region have a finite amount of capacity, which can make it difficult to defend against large volumetric DDoS attacks launched from different regions across the globe. Alibaba Cloud Anti-DDoS dispatches attack traffic to distributed scrubbing centers to increase the protection performance.

How to Effectively Keep DDoS Defenses Outside Your Network

Combatting Bots and Fraud: How Businesses Guard Against DDoS Attacks and Scams

How Alibaba Cloud Helps you Secure Your Web Services

This course is designed to help students understand the principles of DoS attacks in a minimum amount of time and learn common protection methods and Alibaba Cloud Anti-DDoS protection solutions to minimize or reduce the risk of network layer attacks, protect your cloud network security. Under blackmailing by DDoS attacks?