Open Google Chrome, press F12, and enter a URL in the address bar.

Click “Network” and click the accessed image. Then you can view the details of the request and response packets. See the figure below 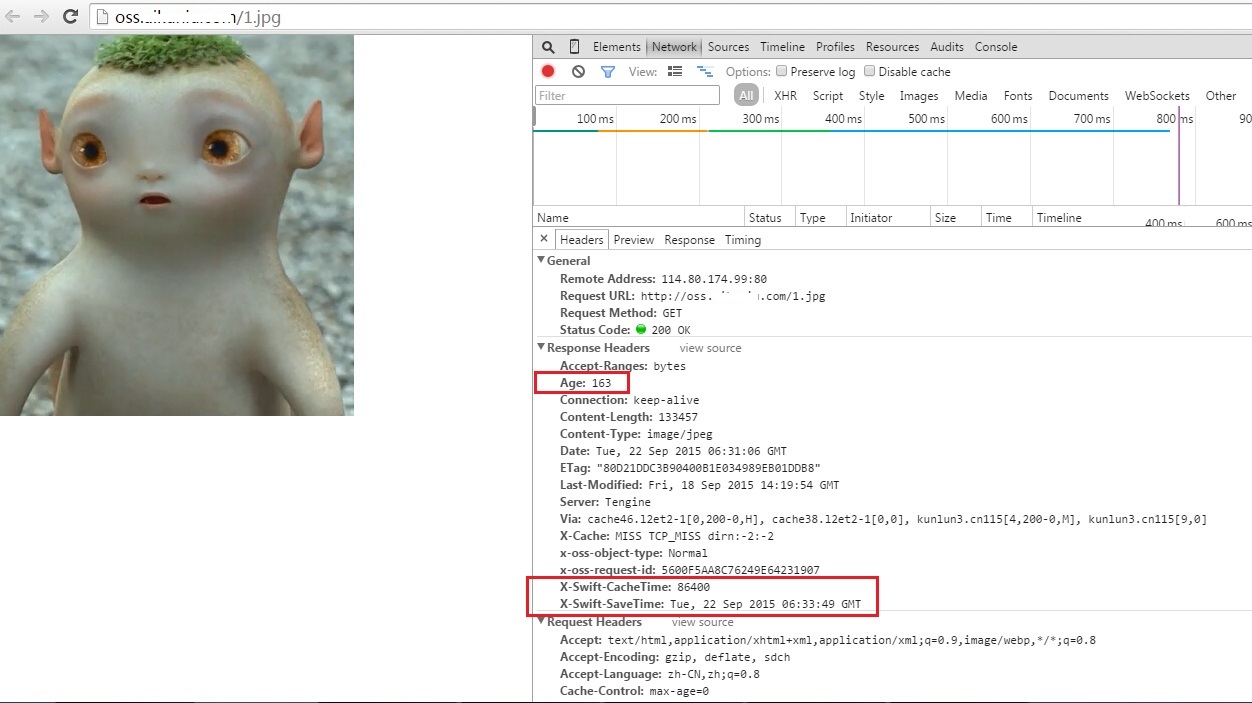 X-Swift-CacheTime: specifies the default cache duration of Alibaba Cloud CDN, in the unit of seconds. The number 86400 in the screenshot indicates that the image is cached for 24 hours.