Network access control lists (ACLs) allow you to implement access control for a virtual private cloud (VPC). You can create network ACL rules and associate a network ACL with a vSwitch. This allows you to control inbound and outbound traffic of Elastic Compute Service (ECS) instances that are attached to the vSwitch. 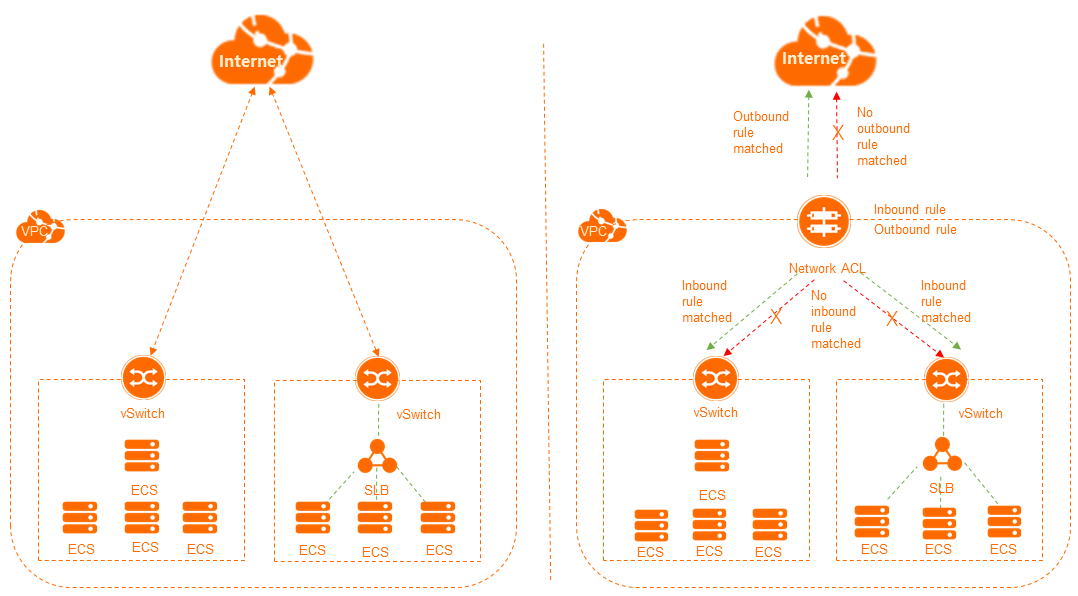 You can add rules to or delete rules from a network ACL. Changes to the rules are automatically synchronized to the associated vSwitch. By default, an inbound rule and an outbound rule are automatically added to a newly created network ACL. These rules allow all inbound and outbound network traffic transmitted through the associated vSwitch. You can delete the default rules. The following table describes the default inbound and outbound rules.

A rule of a network ACL contains the following parameters:

The following figure shows how network ACLs and security groups are applied to ensure network security. 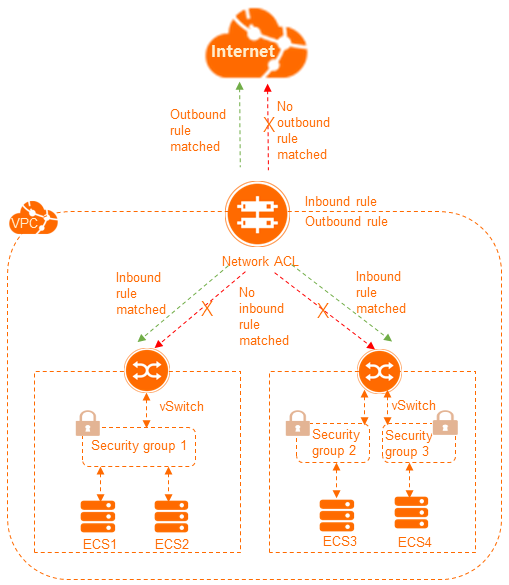