Dynamic Host Configuration Protocol (DHCP) is a network management protocol. DHCP provides a standard for passing configuration information to servers in a TCP/IP network. You can use DHCP options sets to configure DNS server IP addresses and domain names for Elastic Compute Service (ECS) instances that are deployed in a virtual private cloud (VPC). 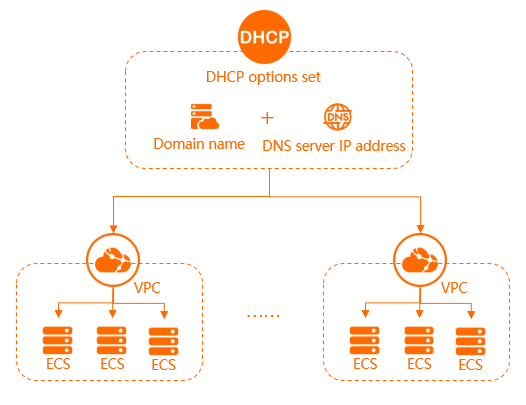 How DHCP options sets are applied to ECS instances