This topic describes the key features of PolarDB-X. 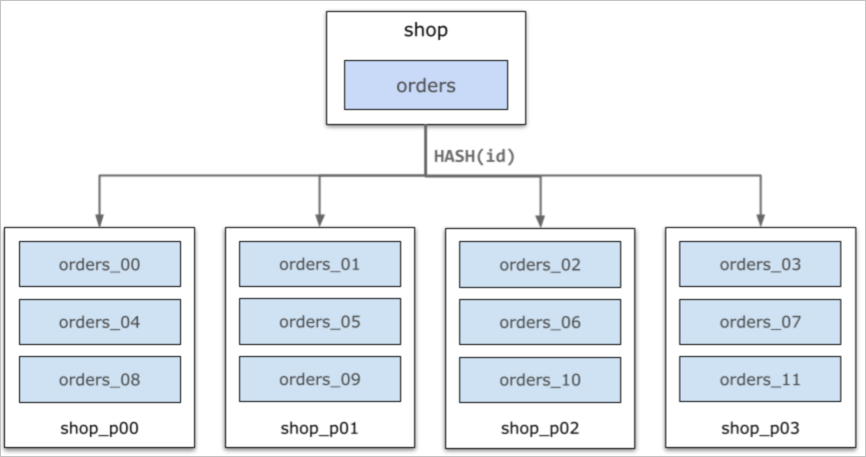 The amount of data increases when your business grows. In most cases, you need to add data nodes to handle the increasing amount of data. When a new data node is added to a cluster, PolarDB-X automatically triggers a scale-out task to rebalance data.

The following figure provides an example in which the data of the orders table is distributed into four data nodes. After two more data nodes are added to the cluster, a rebalancing task is triggered. PolarDB-X migrates some of the data partitions from the original data nodes to the new data nodes. The migration process is completed in the background by using idle resources and does not affect your online business. 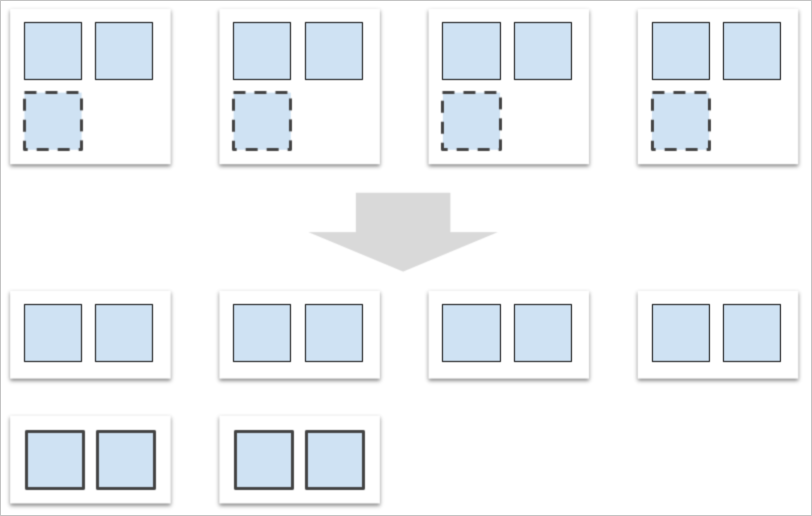 When you deploy a database cluster in a production environment, multiple replicas are created to ensure high availability and data durability. To ensure strong consistency among replicas, modern databases often use a majority consensus protocol such as Paxos for data replication. Paxos requires at least three nodes in a cluster. Each time the cluster performs a write operation, the write request must be accepted by more than half of the nodes. This way, even if one of the nodes stops responding, the cluster can still provide services. PolarDB-X uses X-Paxos for data replication. X-Paxos is developed by Alibaba to implement Paxos, and provides optimized features and enhanced performance. X-Paxos is known for providing reliable and highly available services to ensure business stability during peak hours of the Double 11 Shopping Festival for more than 10 years.

PolarDB-X supports distributed transactions and can ensure that the transactions follow the ACID principles: atomicity, consistency, isolation, and durability.

PolarDB-X uses Timestamp Oracle (TSO) and multiversion concurrency control (MVCC) to ensure the consistency of the snapshots that are read. This way, the intermediate status of a distributed transaction such as a money transfer transaction is not read. In the following figure, when the compute node commits a transaction, the compute node executes the transaction and obtains the timestamp from TSO. Then, the compute node commits the timestamp and the data to the multi-version storage engine that a data node runs. During the read process, if the data that you want to query is stored in multiple partitions, PolarDB-X obtains a global timestamp as the version of the data to be read. PolarDB-X checks whether each version of each row of data is visible. This can ensure that PolarDB-X reads only the data that is written by the transactions that are committed before the global timestamp.

To accelerate complex analytical queries, PolarDB-X splits each computing task and assigns the subtasks to multiple compute nodes. This way, you can use the computing capabilities of multiple nodes to accelerate query execution. This request processing method is known as massively parallel processing (MPP).

The optimizer of PolarDB-X is developed to handle HTAP workloads and can provide services for complex queries. PolarDB-X uses a cost-based optimizer that can search for an optimal execution plan based on the data volume and data distribution. For example, the optimizer can adjust the order in which JOIN operations are performed, select an appropriate join or aggregation algorithm, and disassociate subqueries.

Compatibility with the MySQL ecosystem

PolarDB-X is developed to ensure full compatibility with the MySQL ecosystem. This section describes the compatibility between PolarDB-X and MySQL in terms of SQL syntax, transaction behavior, and data import and export. For more information, see relevant topics.

Previous: Architecture Next: Deployment and O&M