This topic describes the main components of PolarDB for Oracle. 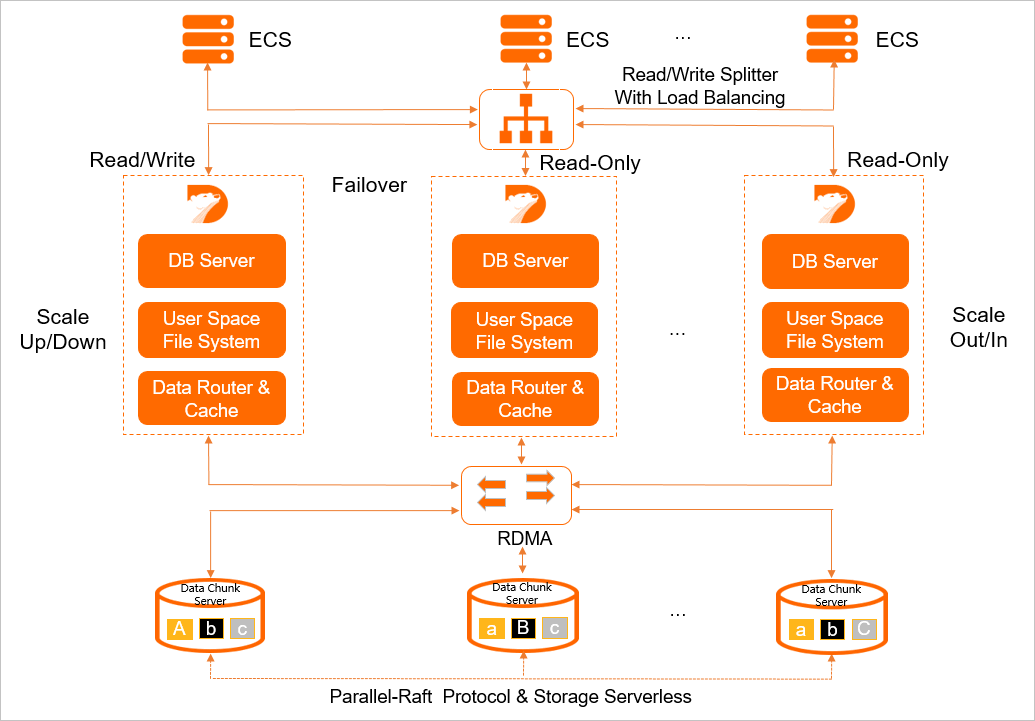 The user space file system is Polar File System, which is PolarFS for short. Database instances of multiple hosts need to access the same data file that is stored on block storage. However, the traditional file systems such as ext4 cannot be mounted at multiple mount points. To solve this problem, the PolarDB team has developed PolarFS, a dedicated file system in user mode. PolarFS provides common APIs for your to read, write, and view files. PolarFS supports data reads and writes in a non-cached way similar to O_DIRECT. PolarFS also provides features such as atomic writes on data pages and I/O priority. This ensures high performance of the databases that use these APIs at the upper layer. Traditional file systems are embedded in the kernels of operating systems. Therefore, each time you perform read and write operations on system files, the file system runs in kernel mode first. After the operations are completed, the file system runs in user mode. This causes low efficiency. PolarFS is compiled in the form of a function library in PolarDB. Therefore, PolarFS always runs in user mode. This reduces the overhead that is generated by switching the mode of the operating system.

The data router & cache is Polar Store Client, of which the alias is PolarSwitch. After PolarFS receives read and write requests, PolarFS sends the data to PolarSwitch by using shared memory. PolarSwith is a background daemon process for the hosts of compute nodes. PolarSwith receives the requests to read and write data in block storage from all the instances and tools on the hosts. PolarSwith performs simple data aggregation and then distributes the results to the daemon processes on the relevant storage nodes.

Previous: Back up profile management functions Next: Internal architecture