The following figure shows the position of the PolarDB database engine in the PolarDB architecture. 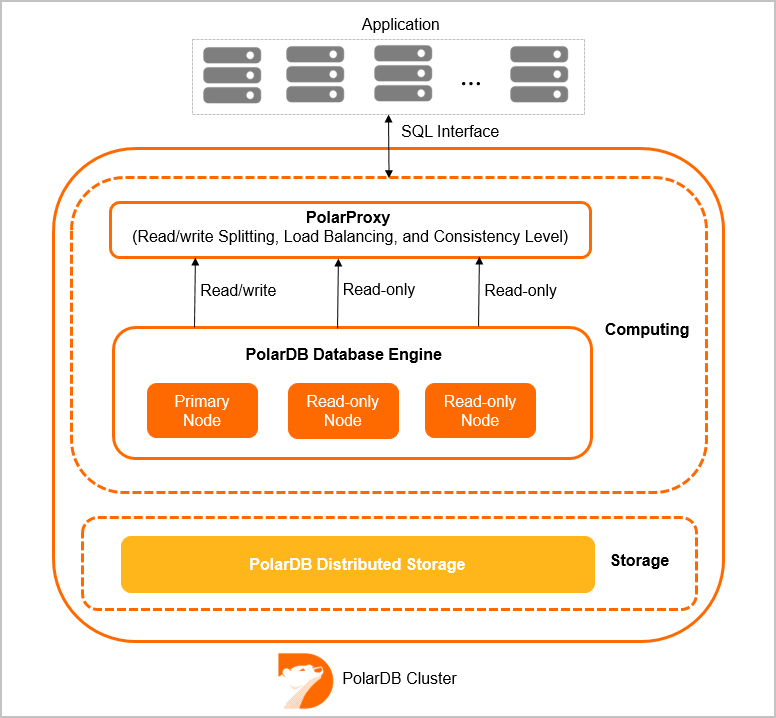 For more information about the architecture and features of PolarDB, see Architecture.

Components of the engine version and their relationship

You can use the following methods to query the engine version number of a cluster: