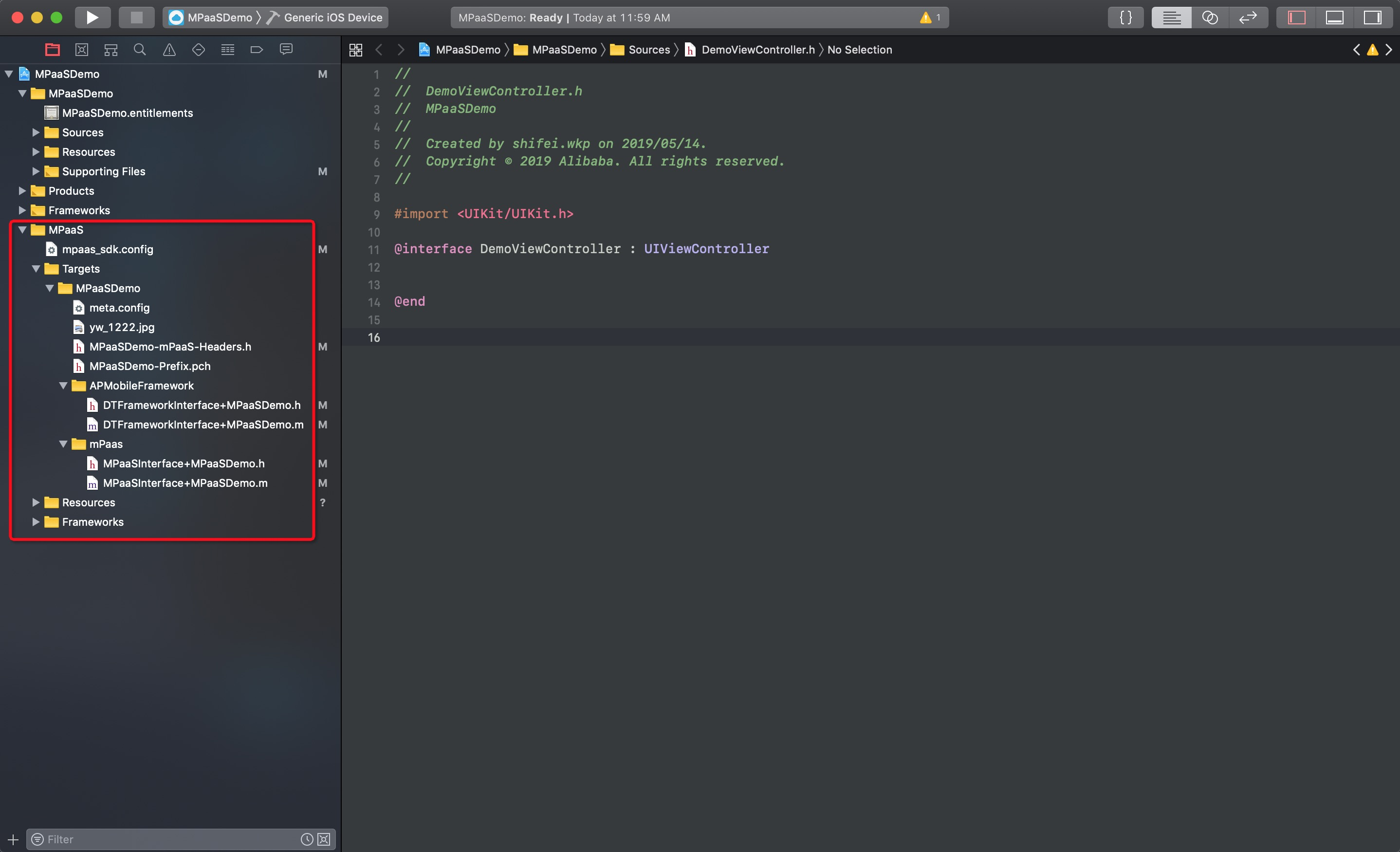 In versions 10.1.32 and above, among all the directories under MPaaS > Targets > mPaaSDemo, only APMobileFramework and mPaas are kept. If you upgrade from an earlier version, the directories and categories of the other components will no longer be generated.

Since all Targets share the same Resources & Frameworks, different Targets cannot use different versions of the same module simultaneously. Do not modify these two directories. The framework added to Build Phase varies by the module selected by each Target.

Previous: Access based on native framework and using Cocoapods Next: mPaaS iOS framework