iOS 13 was officially released on September 19, 2019. During the testing of iOS 13, we found that some behaviors of the system changed. Therefore, you must perform app adaptation before using it. Otherwise problems such as functional exceptions and crashes may occur.

Before the adaptation of mPaaS to iOS 13, the major impact on the mPaaS SDK built by Xcode 10 on iOS 13 devices is as follows: Since iOS 13 optimizes app startup and modifies the mirror loading mechanism, the system category may overwrite the category methods defined in the SDK. As a result, custom methods cannot return expected results.

As a basic library, mPaaS has been adapted to iOS 13 built under XCode 10. Since mPaaS is currently adapted only for Xcode 10 packaging, you must use Xcode 10 for packaging and submit the package to App Store.

The tool chain for Xcode 11 is not yet complete. With the enhancement of the tool chain, mPaaS will release a version adapted to iOS 13 built under Xcode 11.

Install the latest SDK of version 10.1.32 by completing the following steps.

The mPaaS component added an adaptation layer in version 10.1.32. We recommend that you use the API of the adaptation layer after upgrading the SDK. For details, see the following upgrade instructions for different components: 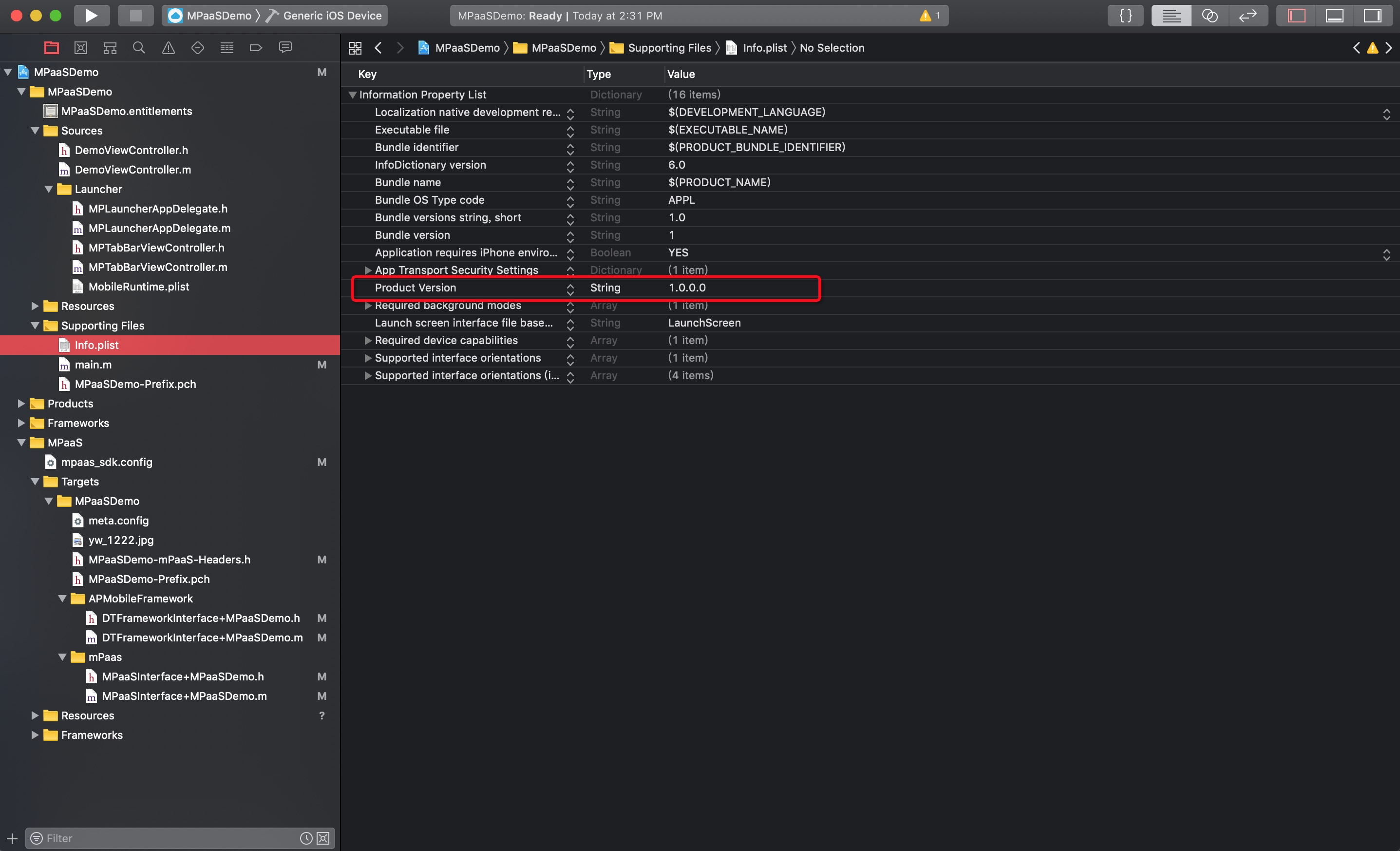 The components in version 10.1.32 incorporate customization requirements. However, if your dependencies include custom libraries, you must take the following actions to handle them accordingly for security reasons.