This topic describes service release strategies that are widely used in the industry, including blue-green deployment, A/B testing, and canary release.

The following figure shows that the original version v1 of a service handles traffic while its new version v2 is deployed in hot standby mode. If you want to upgrade the service version, you can switch traffic to v2.

If v2 goes wrong, a quick rollback to v1 is performed as shown in the following figure.

A/B testing routes traffic to the new version of your service based on the metadata of user requests. A/B testing is a canary release strategy that controls routing based on request content. Only requests that follow specific rules are routed to the new version. Common routing methods include HTTP headers and cookies. You can specify that the new version can be accessed only by requests whose User-Agent value is Android. Non-Android users can still access the original version. You can also configure cookie-based routing rules. Cookies contain user data that involves business semantics. For example, you can allow the new version to be accessed by regular users and the original version to be accessed by VIP users.

The following figure shows that a service has v1 as its current version and v2 as its new version to be released. In this case, Android users access v2 and non-Android users continue to connect to v1.

You can monitor the access success rate and reaction time (RT) of v1 and v2. If v2 works as expected, all requests are switched to v2. In this case, you can phase out v1 to reduce costs.

The following figure shows that a service has v1 as its current version and v2 as its new version to be released. To ensure a smooth and lossless version upgrade, you can use canary release to gradually migrate traffic from the original version to the new version. 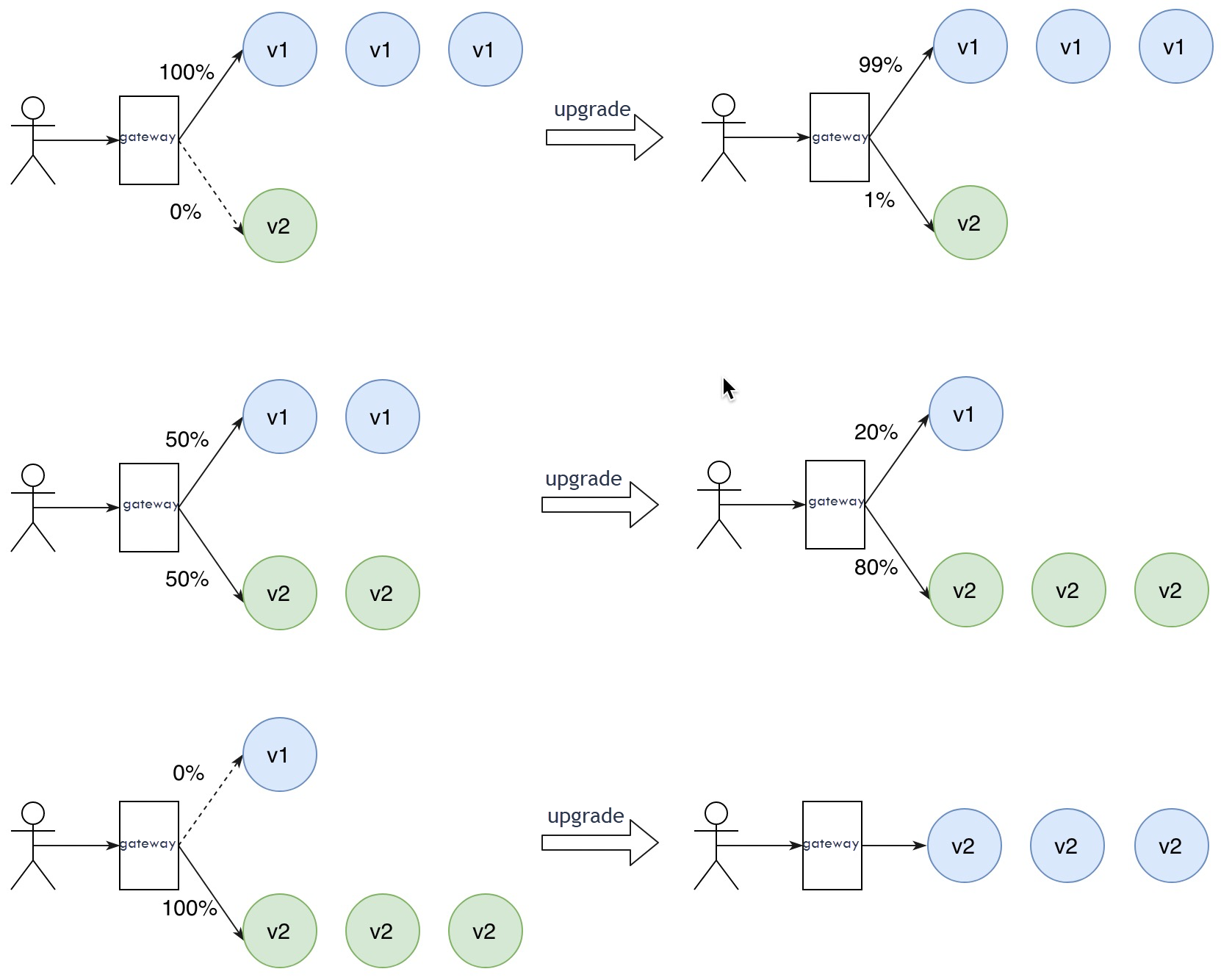